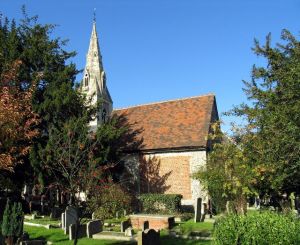 Lumley Chapel
A fascinating early Norman survivor in the midst of urban Surrey, Lumley Chapel is all that remains of an 11th-century church. The chapel was built by Lord John Lumley in the late 16th century as a family mortuary chapel.

The remainder of the old church was torn down in 1864, to make room for the new church of St Dunstans. The chapel, however, was spared, and it is just as well for us that it was, as it features some superb Elizabethan and later memorials and excellent carving.

The most opulent memorial is that of Jane, daughter of the Earl of Arundel and Lord Lumley's first wife. It was through his marriage with Jane that Lord Lumley came to own nearby Nonsuch Palace, now long vanished. Lumley was an avid book collector, and after his death in 1609 his collection was purchased by King James I and eventually became the core of the British Library. 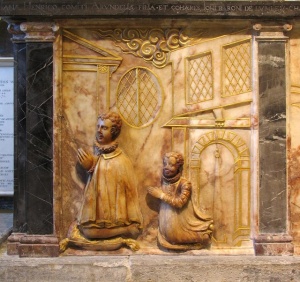 As for the memorial to Lady Jane, it shows her with her three children, all of whom died in childhood. Above the tomb is a striking depiction of an armed knight and a dragon.

A less opulent memorial to Lord Lumley's second wife, Elizabeth, stands nearby. Beside it is the alabaster and marble tomb of Lord Lumley himself, replete with heraldic symbols, as Lumley was inordinately proud of his ancestry.

Interestingly, it seems that all three tombs must have been commissioned well before either Elizabeth or Lord Lumley died, probably sometime before 1590.

Another notable memorial is a wall tablet to five-year-old Ann Gilpin, daughter of Rev William Gilpin, whose writings had a great influence on the English landscape gardening movement in the 18th century.

Much older is a memorial brass to John Yerde of East Cheam Manor (d. 1449). The oldest part of the church is a blocked window on the north wall, which came from the Saxon church.

More self catering near Lumley Chapel >>