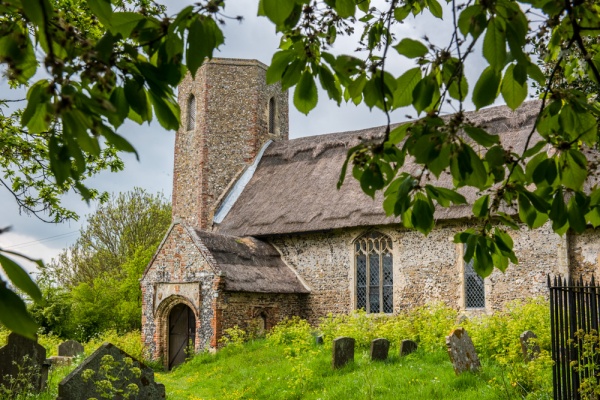 St Gregory's church in Heckingham is a gorgeous little country church, with a thatched roof and a curious west tower that starts off round and ends up octagonal. At the opposite end, St Gregory's has a rounded apse, certainly not unique, but then again, not typical among English medieval churches. 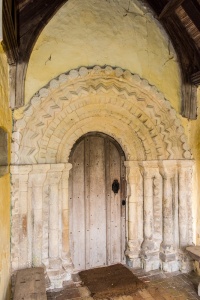 The church stands on a rise of ground above the River Chet, one mile east of Loddon. The church was built in the 12th century and much of the building we see today dates from then, with the addition of a 15th-century gabled porch. Typical of many Norfolk country churches it is built of flint and stone, with some brick incorporated in the walls, and is topped with a thatched roof. The base of the tower is 12th century, but the upper section was added later.

The best feature of the church is the finely carved south door, a wonderful piece of Norman craftsmanship. It is very like the very well known carving at Hales, in the neighbouring parish, so it is not a stretch to suppose that the same person was responsible for the carving at both churches.

A small brass memorial tablet dated 1407 can be found in the nave, and there is a 12th-century font set upon a four-legged base. Medieval tiles are set into the floor at the east end of the north aisle.

There are several 17th-century grave slabs. Look for one to Mary Crowe (d. 1666) which features a Memento Mori, or grinning skull, a reminder of human mortality.

Take the time to walk around the church exterior and you will find a blocked north doorway, dating to the 12th century. Though not as finely crafted as the main south doorway, it has some beautifully carved Norman details.

Like the church at Hales, Heckingham St Gregory is no longer used for regular worship and is in the care of the Churches Conservation Trust. The fact that both churches are so close makes it easy to visit both together. 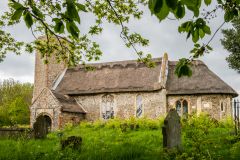 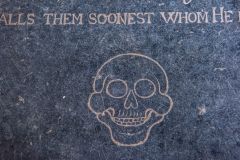 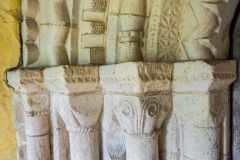