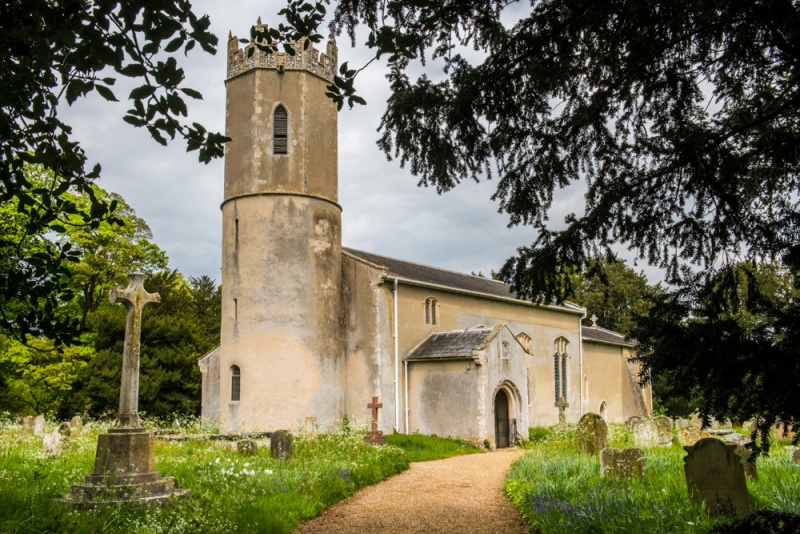 St Andrew's church stands within the grounds of Raveningham Hall, the ancestral home of the Bacon family. The church is shielded from view by a copse of tall trees, so that it isn't immediately visible to visitors exploring the Hall's popular historic gardens.

The earliest part of the church is a 12th century round tower, topped by an octagonal 13th-century belfry and 15th-century battlements. The nave and south porch are 15th century, but the chancel is a century earlier. The porch protects a medieval door supported on intricate 13th-century ironwork straps in the shape of three foliate crosses.

The church exterior is perhaps hard to appreciate, as it suffers from a heavy application of plaster rendering applied during a comprehensive, and rather over-enthusiastic, 19th-century restoration. 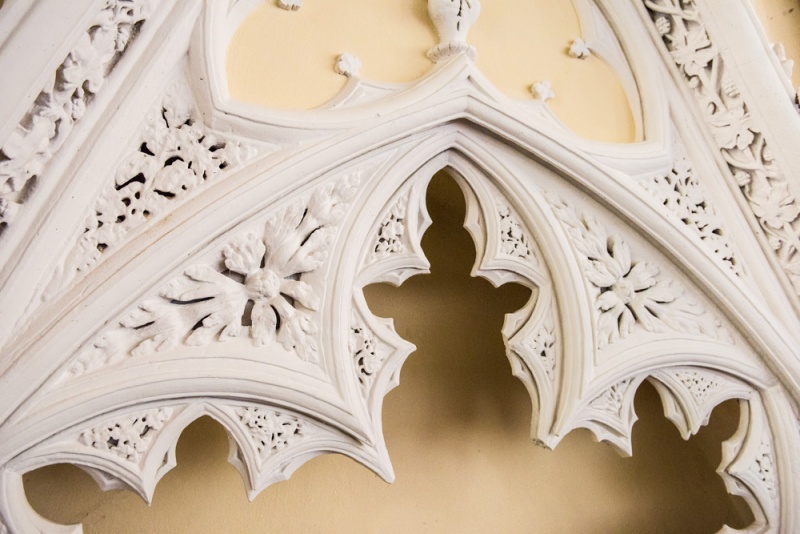 In 1350 Sir John de Norwich and his wife Margaret founded a college of priests at Raveningham, with 8 canons, or secular priests under a master. Though the parish church was dedicated to St Andrew, the new college was dedicated to the Blessed Virgin.

The canons were tasked with praying for the souls of the founders in perpetuity. In 1382 several wealthy benefactors paid the huge sum of £866, 13 shillings, and 4 pence to the crown in order to move the college to Mettingham Castle.

The nuns of Bungay, who held the living of Mettingham Church, objected. Finally, the college was moved to the new church of Norton Subcourse after Sir John's death in 1387. It only stayed at Norton until 1394, when the college was finally moved to Mettingham Castle, where it stayed until 1542 when the Dissolution of the Monasteries put an end to ecclesiastical colleges.

One of the most interesting interior features is a very large marble monument to Major Edmund Hodge, who died at the Battle of waterloo in 1815. Hodge's monument is centred on an oversized urn. 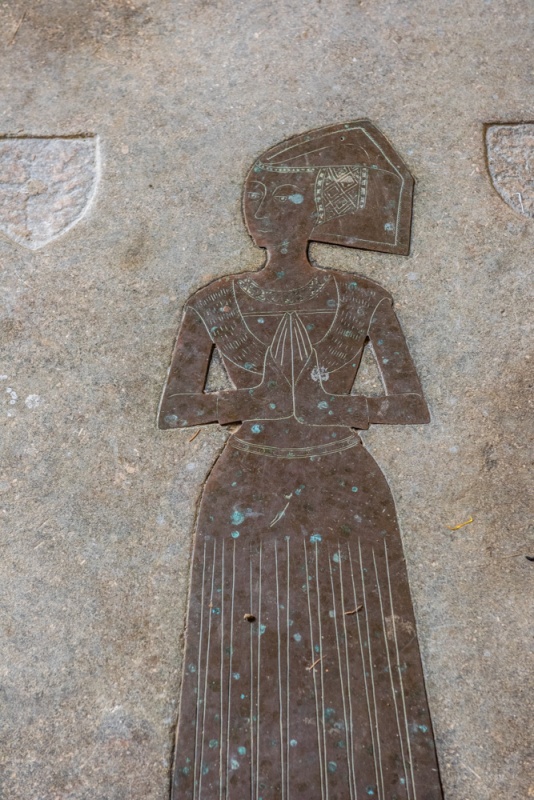 On the south side of the chancel is a beautifully sculpted 14th century recess decorated with exquisitely carved foliage. Within the recess is a memorial slab to Roger Castell (d. 1708), and there are further memorial slabs to members of the Castell and Bacon families set into the floor.

At the west end of the chancel is an extremely good memorial brass to Margaret Castyll, who died in 1483. Castyll was married to one of Richard III's personal squires. An illustration of the Margaret Castyll brass, made by John Snell Cotman in 1816, is held in the British Museum in London.

At floor level is a reset piscina. at least you'd think it would have to reset, for pity the poor priest who had to crouch down to floor level to wash the communion plate in the piscina as it is arranged now.

Other highlights include a 15th-century font in Perpendicular style, with four lions carved onto the stem and the symbols of the Evangelists on the bowl. There is a 13th-century coffin lid carved with a foliated cross in the north aisle, and a fragment of 15th-century glass in the north window. The parish chest bears the date 1668.

I loved visiting St Andrew's church. I actually came to Raveningham to visit the Hall's historic gardens and grounds, and it wasn't until I was exploring the grounds that I saw the church peeking through the surrounding trees. I was determined to investigate, and I was glad I did. The most impressive feature is the exquisitely carved 14th-century tomb recess in the chancel, but the 15th-century octagonal font with its lions is a beautiful example of a Perpendicular font.

The church is located in a stand of trees just off the main drive leading to the Hall. The Hall and gardens are well signed from surrounding roads. 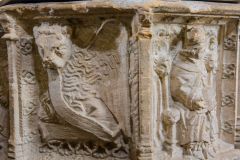 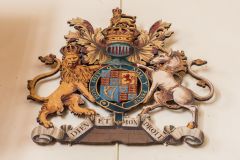 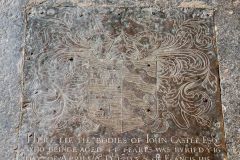 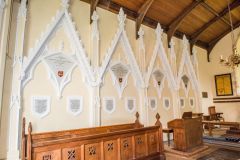