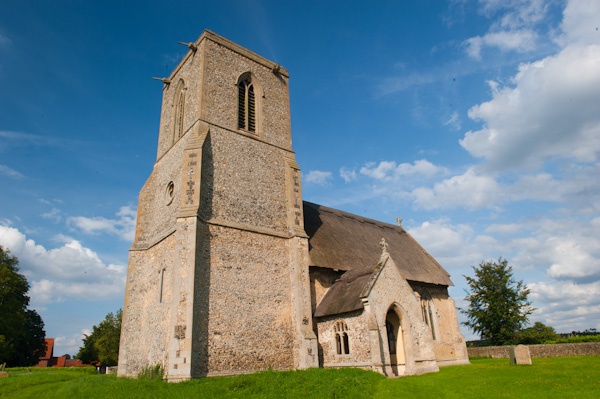 All Saints is a large Norman church rebuilt in the 14th century when a south aisle and tower were added. The church fell into disuse in the late 19th century, and as a result escaped over-restoration by enthusiastic Victorian restorers and retains much of its historic feel, offering a glimpse of a medieval church without many later additions.

Icklingham stands at an important junction on the ancient Icknield Way, a major transportation route established before the coming of the Romans to Britain.

We are fortunate that Icklingham was divided into two parishes, served by two churches. St James church was used for most services, and All Saints was simply cleaned and repaired but not updated.

The windows are magnificent, particularly the east window of the south aisle, which dates to 1320 and boasts superbly intricate tracery of repeating quatrefoil patterns. Flanking the large east window are ornate niches that would originally have held statues of saints. All three church doorways date to the early 14th century. 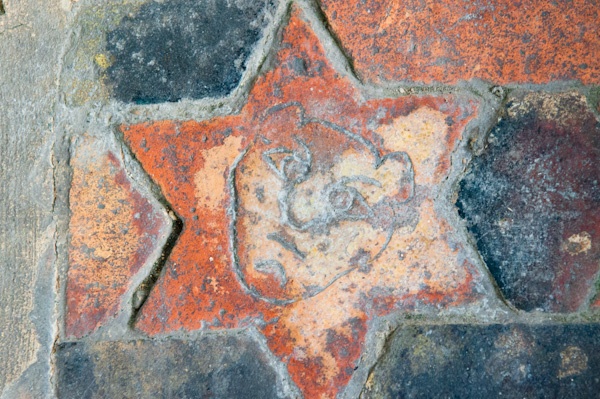 The church seems almost organic; the roof is made of thatch, the walls of local flint. The interior features some very nice carving on the north and south walls and in the aisle. The windows have fine 14th-century tracery and large sections of the original medieval stained glass still remain. Glass panels in the south aisle windows depict a pair of saints and there are more 14th-century glass fragments in the chancel.

The four-bay arcade is supported on octagonal piers and the aisle roof is based on a design of scissor braces. Beneath the aisle walls is a frieze of ball-flower carvings. The pulpit is Jacobean, carved with traditional blind arcading and linenfold panelling.

The octagonal font is 14th century, with each side showing a unique traceried carving. The very attractive tiled floor in the chancel and sanctuary is also 14th century. The tiles are all individually crafted, each to a unique size, shape, and colour pattern, together creating a stunning mosaic pattern. 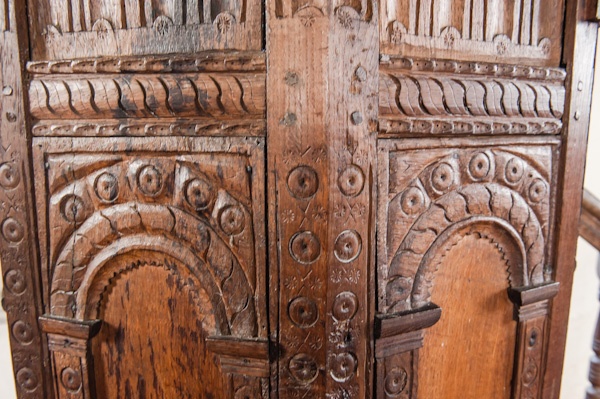 Carving on the 17th-century pulpit

There is a very nice Jacobean reading desk that looks for all the world like a fancy squire's box pew. Under the tower is a 19th-century funeral bier, and by the north doorway is a 13th century stone coffin lid, found under the church floor.

In 2003 repairs to the churchyard wall revealed a rare length of the original medieval wall.

All Saints is no longer used for regular services and is cared for by the Churches Conservation Trust. It has remained almost completely unaltered over the last century and offers a unique glimpse into the past. The church is normally open to visitors daily. 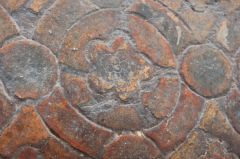 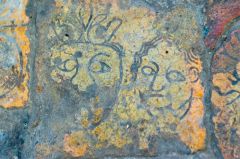 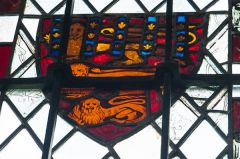 More self catering near Icklingham, All Saints Church >>

More bed and breakfasts near Icklingham, All Saints Church >>