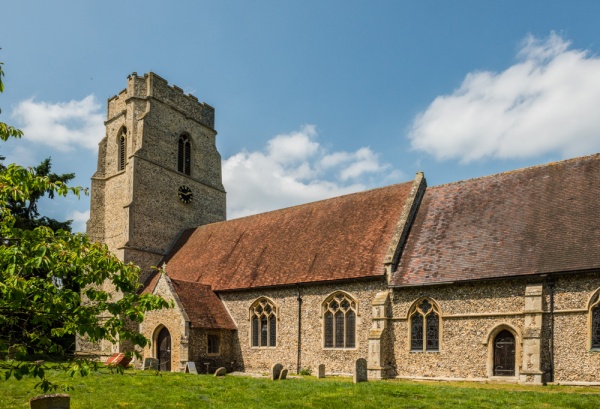 At first glance the pretty country church at West Stow appears to be entirely Victorian, an expression of the 19th-century enthusiasm for reinvigorating the Church of England. But first glances can be deceiving, for though St Mary's owes a lot to a comprehensive Victorian restoration in 1878, it is at heart a Norman church, dating to the 11th century, with rebuilding in the 14th and 15th centuries.

The oldest feature of the church is a narrow 11th-century doorway in the north wall. The doorway is topped by a plain tympanum, with lightly carved capitals and a heavy roll moulding on the arch. The doorway gives access to the vestry, added in 1903 to mark the reign of Queen Victoria. Church records show that the vestry was erected by public subscription and cost £157 and 9 shillings.

There is a simple 14th-century south doorway, protected by a 14th-century porch, and a similar priest's door in the chancel. The interior furnishings are almost entirely Victorian, but the chancel arch is 14th century, and in the sanctuary is a very finely carved angle piscinas and credence shelf, decorated with crockets and ornate finials. Beside it is a three-seat sedilia, or clergy seat. 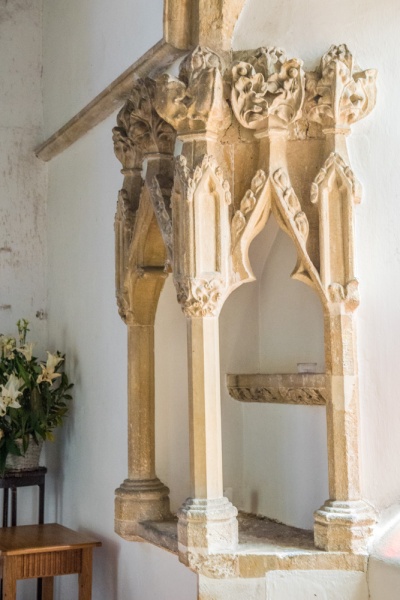 Near the south door is a fairly plain font in East Anglian style, with a modern wooden cover. The tall, narrow chancel arch is 15th century, and set into the wall above it is a sanctus window, made so that the bell-ringer in the tower could view the service and ring the sanctus bell at the correct moment during Communion. The tower holds a ring of 6 bells, the oldest two of which were cast in 1629.

The west window, under the tower, holds fragments of medieval stained glass gathered from around the church. The space under the tower seems to have acted as a general-purpose repository for grave slabs taken up during the Victorian restoration.

The windows in the south wall are original medieval work, while the ones in the north wall are Victorian and copy the 14th-century tracery. The timber roof of the nave is 19th century, installed at the expense of the rector, Rev. ER Benyon. Rev. Benyon could afford to be generous; he was not just the rector, he was also the patron of the benefice and owned the Culford Estate, including West Stow. 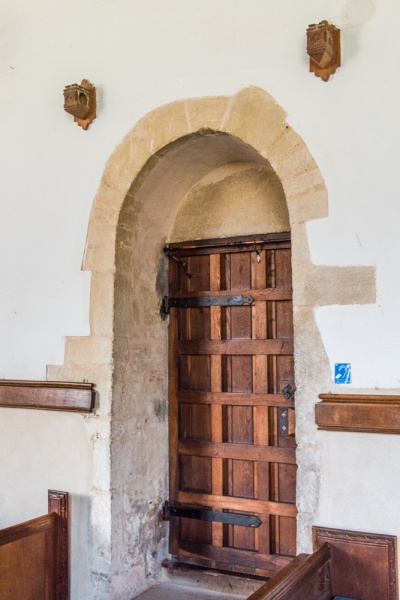 The medieval rood screen, boasting 8 traceried panels, was removed during the 1878 restoration, but rather than being discarded or destroyed it was given to the Victoria and Albert Museum in London. The chancel windows are 14th century, but the glass is Victorian, several of them installed to commemorate members of the Benyon family of Culford Hall. Three windows are in memory of Mrs Jane Benyon, who died in 1876.

The best historic memorial is a brass plaque under the pulpit, with a Latin inscription to a former rector named William Boyse, who died in 1591. The inscription translates as:

'He was born in Halifax, educated in Cambridge and preached in Suffolk. His heart stopped and now the grave holds his body, and Christ his soul.'

West Stow's church was recorded in the Domesday Book of 1086, when it was held by the monks of St Edmundsbury Abbey.

The church is usually open daily to visitors and was open when we visited. Don't miss the chance to visit West Stow Anglo-Saxon Village, just a mile to the west on Ingham Road. 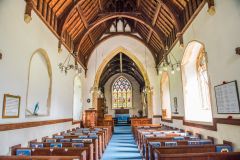 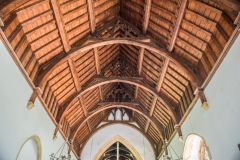 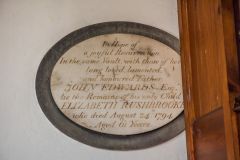 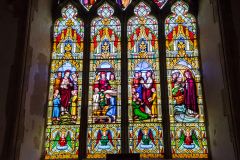