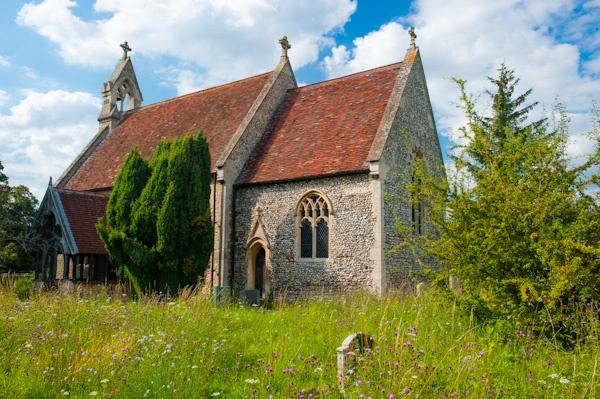 A tiny Norman church, much restored in the Victorian period. Indeed, the restoration, carried out by SS Teulon from 1857, makes this attractive church look like a 19th-century invention at first glance, but it most assuredly is not. This simple church contains superb Norman and medieval carvings.

All Saints is built to a simple two-cell design, with a nave and chancel, and a small south porch. There is no tower; just a small stone bellcote over the west gable.

The church is entered through a Norman door with a carved tympanum in extremely primitive style, suggesting, perhaps, an even earlier origin than the 12th century. The doorpost capitals are also carved, with primitive figures of men. The interior face of the door is also capped by a tympanum, with two further very early carvings of men standing. 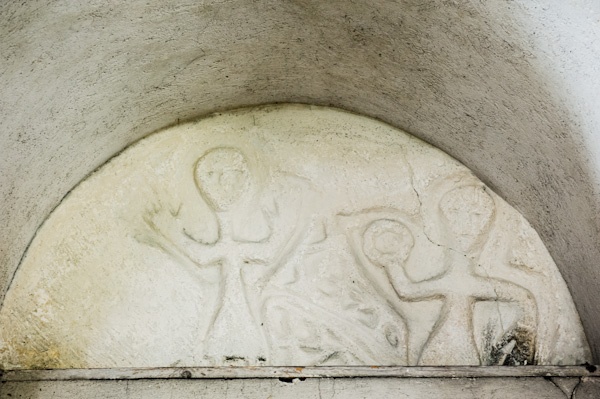 The smaller of these figures holds a ring out to the other, who spreads his arms wide in a gesture that might be surprise, or, perhaps, a blessing. One interpretation of this tympanum is that it represents an apocryphal tale of Edward the Confessor and St John the Baptist, where the king is shown giving his ring to a beggar who - surprise - turns out to be the saint in disguise.

The chancel arch is also Norman but is hardly decorated at all. There are a series of beautifully carved 15th-century benches, decorated with fanciful tracery and poppy-head designs. The best of the carvings, however, are on the pew backs, where you will find depictions of dragons and strange beasts. The extremely simple Norman font sits on four legs, one of which bears a carving of a man's head.

The church is no longer used for regular worship and is in the care of the Churches Conservation Trust. It was open when we visited. 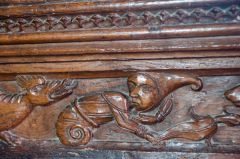 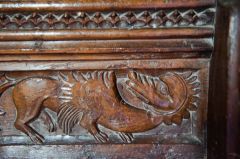 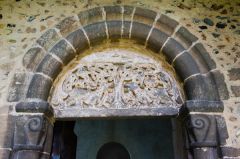 More self catering near Wordwell, All Saints Church >>

More bed and breakfasts near Wordwell, All Saints Church >>