HERITAGE HIGHLIGHTS:   Reconstructed Anglo-Saxon huts on the site of a 5th century building 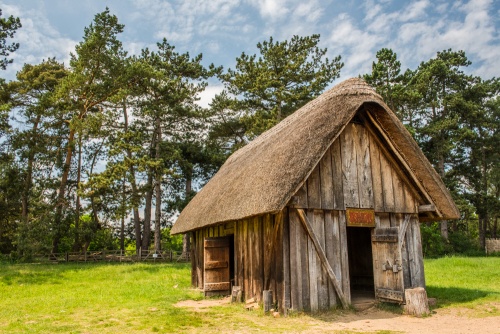 The Anglo-Saxon Village at West Stow is both a living museum and an archaeological site, surrounded by a popular country park. Sometime around AD 450 a small settlement grew up at West Stow, on the banks of the River Lark. The village was built on a low hill, now overwhelmed by a sand dune.

The settlement lasted until about AD 600 and evidence has been uncovered for around 70 buildings on the site. These buildings have described as 'sunken-featured', a style formerly known as pit houses. At its height, there were at least 8 timber halls and over 60 other buildings.

In 1849 an Anglo-Saxon cemetery was uncovered, and archaeologists began to explore the area. They found evidence of habitation as early as the Mesolithic period, but the major finds related to the Anglo-Saxon settlement. Aside from the timber halls, archaeologists discovered animal pens, pits, and boundary ditches. There was no sign of a fortification of any kind, suggesting that the inhabitants felt safe from attack.

The layout of all but one of the halls was on an east-west axis. Most halls were simple rectangular buildings, but one, dubbed Hall No. 2, had an internal division and was supported o double posts along its length. The most clearly defined hut remains showed evidence of a doorway in both the north and south walls. There was no hearth, but evidence of burnt sand was discovered in the centre of the hut.

Several Roman bronze coins were found on the site, as well as brooches, a bone comb, and Roman glass pieces. 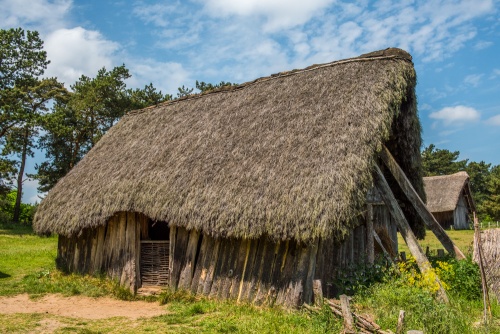 The truly fascinating thing about the West Stow site, and the thing makes it so intriguing to visit today, is what the archaeologists did after they had investigated the Saxon remains. From 1977 they embarked on an ongoing project of recreating the huts they had discovered, using Anglo-Saxon hand tools and building techniques.

They wanted to learn more about Anglo-Saxon architecture, and discover if they could, how and why buildings were constructed. This kind of experimental archaeology goes beyond simply recording historical artefacts, and also helps educate visitors about the Anglo-Saxon period.

Each of the reconstructed huts takes a slightly different approach, using different material, to see what materials work best and what techniques make for a longer-lasting building. The Anglo-Saxons built in timber, so their buildings did not last.

Archaeologists can use experiments like the West Stow Village to understand what kind of building techniques would account for the remains they excavate and hope to learn more about how the people of West Stow lived.

Each of the huts is slightly different inside as well. The Weaving House, built in 1984, is filled with hand-weaving looms and tools. The Living House, made in 1987, is furnished as a dwelling. Then there is a Workshop, laid out for woodworking. One of the huts is sunken well into the ground, while others have a plank floor raised up off the soil.

Even the pig huts are made with traditional Saxon techniques. There are several demonstration areas where you can see examples of traditional crafts such as woodturning on a foot-powered lathe.

The modern visitor centre holds a museum of artefacts, and is where you can watch a video on the archaeology of the site. 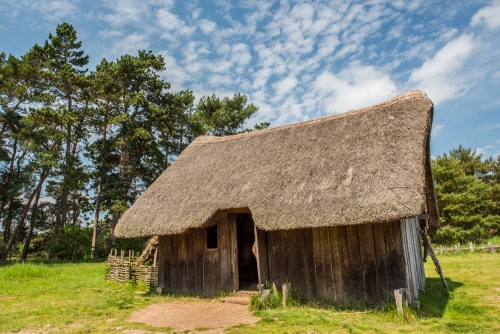 West Stow is about 5 miles from the centre of Bury St Edmunds, in the direction of Mildenhall. The archaeological site and neighbouring country park are well signposted off the A1101 north-west of Bury St Edmunds. There is plenty of parking, but there is a charge. I recommend paying for at least 3 hours of parking to get the most out of a visit.

The Anglo-Saxon Village and Moyses Hall in Bury are both operated by the regional council, and offer a range of events for families, aimed at getting children actively interested in heritage. Typical events include meeting Saxon warriors, trying out archery, and enjoying a lecture on St Edmund, King and Martyr.

The Anglo-Saxon village is a fascinating site. Our family has visited twice, and I can highly recommend it, especially if you have children. 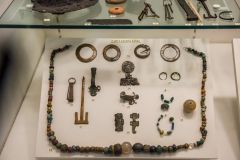 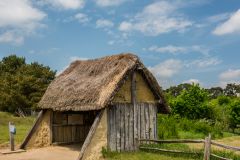 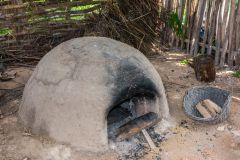 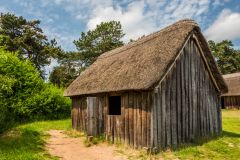 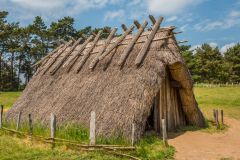 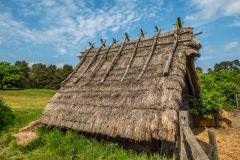