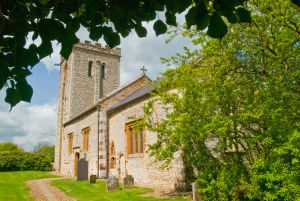 A very simple church dating to the 12th century, St Peter and St Paul at Preston Deanery is worth visiting to see the lovely late Viking or early Norman carvings that decorate the string course flanking the chancel arch.

It is possible that the carved stones were originally part of a decorated churchyard cross and were simply reused in the Norman chancel. The carvings are diverse and beautifully crafted, with birds, animals, and a snake among the subjects portrayed.

There is some doubt about the date of the carvings; the Churches Conservation Trust suggests the late 10th or early 11th centuries, but Norman motifs such as lozenges and sawtooth decoration suggest that they could easily be at least a century younger.

The church is built of limestone rubble dressed with ironstone under a slate roof. The simple building consists of just a chancel, nave and west tower. The tower is 12th century and features Norman round-headed windows at ground floor level and at the level of the bell-chamber on the east side.

In the chancel is a memorial brass to Sir Clement Edmonds (d. 1622) and his wife. The 18th-century font is a plain octagonal bowl on a pedestal base, rather oddly set into the west wall of the nave rather than free-standing. The piscina is another interesting feature; it is divided into two compartments by very rough vertical stones, and the rear wall of the main compartment retains a very vivid wall painting.

There are wall monuments to members of the Christie family in the chancel, but the oldest is a marble memorial to Elizabeth Lawton, wife of Purbeck Langham (d. 1756). There are several 17th-century grave slabs including that of Charles Edmonds (d. 1661).

Presumably, Edmonds is a descendant of Sir Clement, and it is interesting that in the space of just 40 years funeral fashions changed and Charles is remembered by a stone slab rather than a memorial brass.

The church fell out of use in the 16th century, parts were pulled down, and the bells and lead were sold off. For a time the chancel became a kennel and the tower a dovecot. The building was restored as a church around 1620. It fell into disuse once more in the 20th century and is now cared for by the Churches Conservation Trust.

I really enjoy visiting churches in the care of the Churches Conservation Trust. CCT churches often seem bare inside by comparison to churches that in regular use for worship, but that means that you can really see the architecture of the building and its main historical features without anything getting in the way.

That's the case here; the interior is, if not bare, at least uncluttered, and incredibly atmospheric. You really get a sense of the age and heritage of the church. The carvings, though worn, are fabulous, with the sort of sinuous vitality and 'aliveness' I've come to associate with pre-Conquest carving.

If you like your historic churches grand and glorious, like a cathedral, then perhaps a simple country church like this won't be your cup of tea, but I loved visiting Preston Deanery. 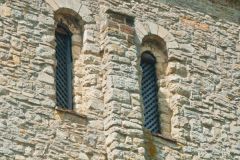 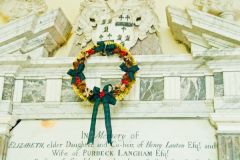 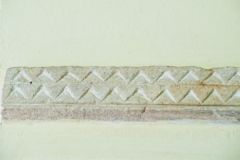 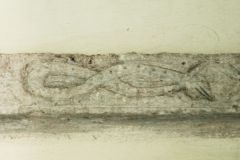 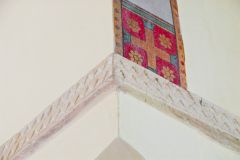 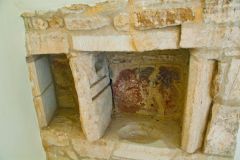 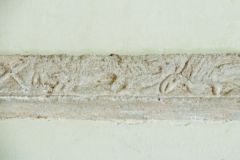 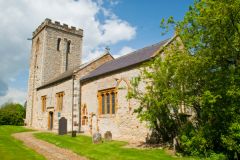