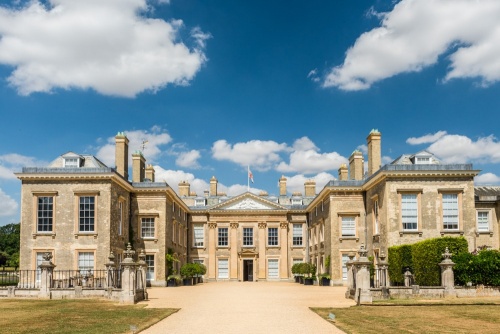 Althorp is the family home of Earl and Countess Spencer, but for many people it is more popular as the childhood home of Diana, Princess of Wales. Though the house has been open to the public since 1953, it is really in the period following Diana's death that Althorp has become extremely popular with visitors, and up to 2500 people make the journey - one might almost call it a pilgrimage - to Althorp every day during limited summer opening times.

Diana was buried within the grounds of Althorp, rather than in the nearby village church of St Mary with St John, because of concerns that the influx of visitors might cause damage to the little church, and adversely affect the village. All profits from visitors go directly into the Diana Princess of Wales Memorial Fund. 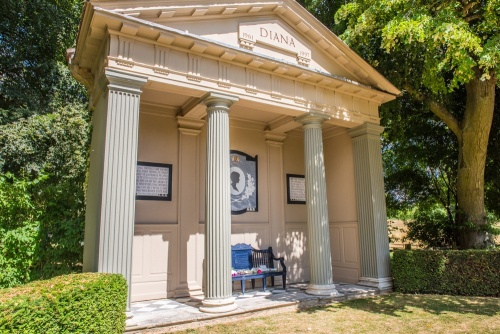 The Diana, Princess of Wales memorial

Sometime in the early years of the 16th century Sir John Spence bought land at Althorp and built the first house. Sir John's house still provides the core of the current structure, built around an enclosed courtyard with a single projecting wing to the south. By the time Sir John's grandson died in 1586, Althorp had become the principal seat of the Spencer family.

One hundred years later, the courtyard was roofed over, and a grand staircase installed. However, this house of red brick did not long survive the vagaries of fashion. The Second Earl of Sunderland brought in an Italian architect to remake Althorp in a grand classical style, replacing the brick with Weldon stone, and adding Corinthian and Composite columns. But the renovations did not stop there; Andre Le Notre, the architect of Versailles, was brought in to remake the gardens in formal style.

In the early 18th century the hall was again remodelled, this time in Palladian style, to a design Colen Campbell. The house then fell into a period of neglect, and in 1772 part of the roof collapsed. Architect Henry Holland was employed to restore the house. Much of the fairly restrained exterior of Althorp that can be visited today is a result of Holland's work. 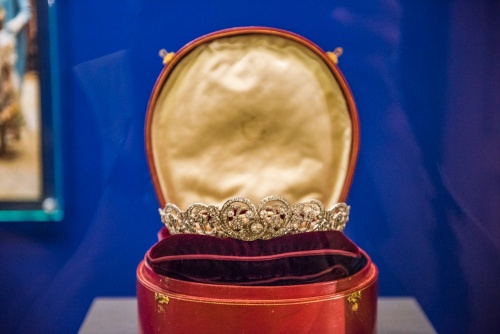 The Spencer Tiara, worn by Diana on her wedding day

Of most interest to typical Althorp visitors is the exhibition devoted to the life and times of Diana, Princess of Wales. The exhibition is spread over 6 rooms of a converted stable block and depicts Diana's childhood, her royal wedding to Prince Charles, her charitable work, and her considerable influence on fashion and style.

As fascinating as the Diana exhibition may be, do not overlook the considerable attractions of the house itself. Althorp is replete with art of the very highest order, the collection of paintings is particularly notable. 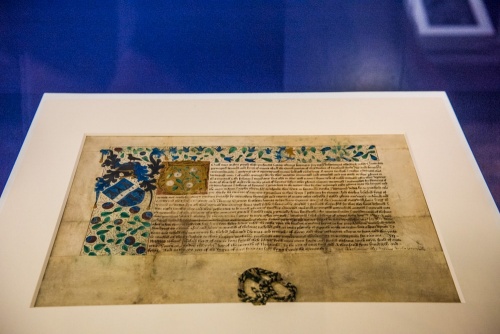 Though most of the attention at Althorp is naturally focussed upon the house, don't neglect the garden and grounds!

The house stands in 450 acres of sumptuous landscaped parkland. Close to the house is a large garden, originally designed in 1860 by WN Teulon. More recent garden improvements have emphasized the splendid vistas leading into the park and its collection of rare tree species.

A large lake, known as the Round Oval, provides a focal point for the park. On the southern verge of the Round Oval sits the Summerhouse, once resident in the gardens of Admiralty House, London, and now serving as a memorial to Princess Diana. The princess lies buried on the island in the middle of the lake. There is no access to the island for visitors.

As an aside, it is well worth visiting the Spencer family's London residence of Spencer House, which backs onto Green Park, a short stroll from Buckingham Palace. Some of the fittings originally made for Spencer House were removed and stored at Althorp during the war years and never returned. 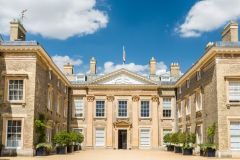 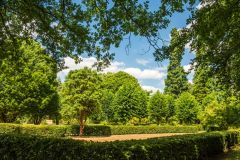 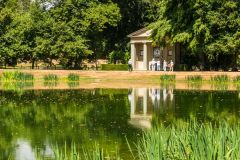 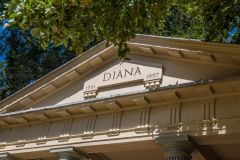 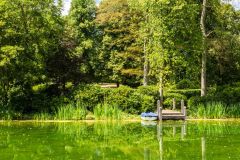 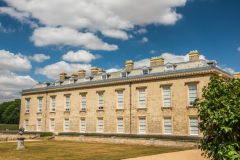 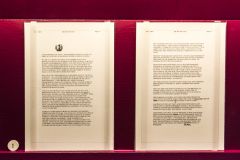 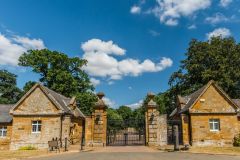 More self catering near Althorp Park

The Granary at Fawsley - 9.3 miles
Daventry, Northamptonshire
Stay from: £50.00