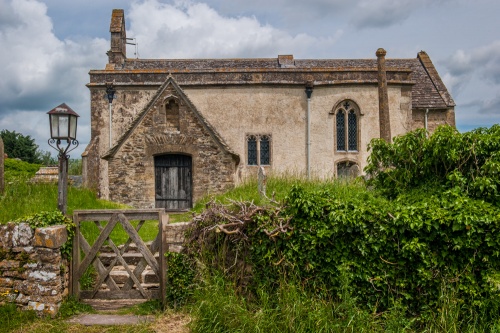 St John the Baptist is a delightful rural church just south of the River Thames on the northern fringe of Wiltshire. It is largely a 13th-century building, though there was likely a church on this spot since the Saxon period.

The glory of Inglesham is the wealth of medieval and earlier wall paintings. The earliest of these is a painting on the south wall depicting Mary and the baby Jesus being blessed by the Hand of God. This grouping is thought to be Saxon. Its original position is not certain, but for many years it was sited on the exterior of the south wall.

But that is just the start of the wall paintings; there are groups of paintings covering the period from the 13th century to the early 19th century, in some cases overlapping each other up to 7 layers thick. One of the most prominent is a 14th century 'Doom' in the north aisle. There are also several 19th-century painted Biblical texts and a pair of 15th-century angels over the chancel arch.

The interior is filled with original 17th and 18th-century box pews, and a pulpit of similar age. The small chancel is separated from the nave by a wooden 15th-century screen. The interior is blissfully unaltered and would likely have been recognised instantly by a 17th-century parishioner.

One of the reasons that Inglesham church remains so unspoilt is probably down to the intervention of William Morris, the Arts and Crafts Movement pioneer. Morris lived at Kelmscott, a short distance away, and led a restrained programme of restoration in 1888 that kept the medieval character of the church largely intact.

We have visited Inglesham church on several occasions, and have never failed to be impressed by the charm of this historic building. There is a lovely walk from the Thames at Lechlade across the fields to Inglesham (lovely, that is, if you've remembered to bring waterproof boots if it's been raining!)

Inglesham church is cared for by the Churches Conservation Trust and is usually open to visitors. 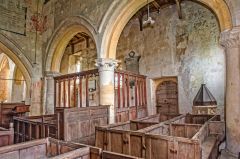 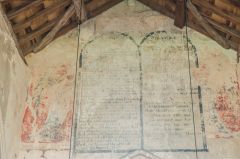 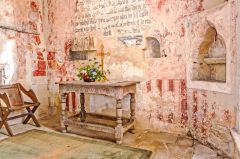