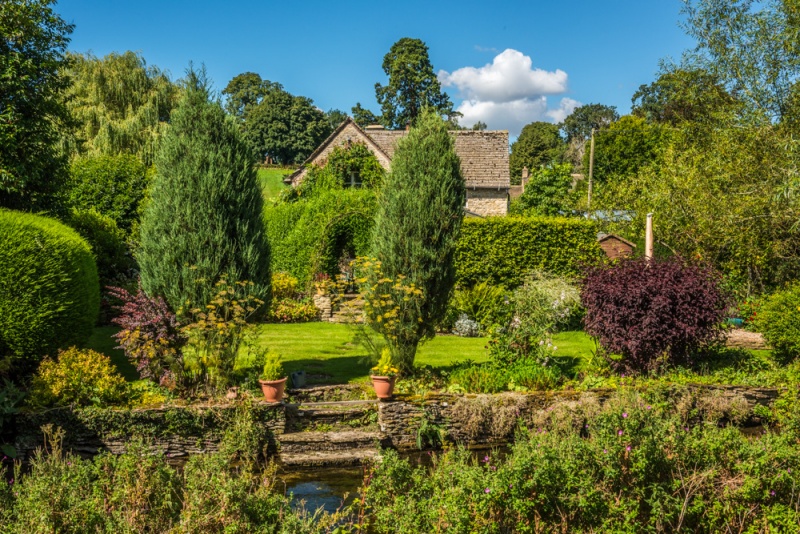 A cottage beside the River Leach

Two lovely Cotswold villages side by side in the beautiful valley of the River Leach. 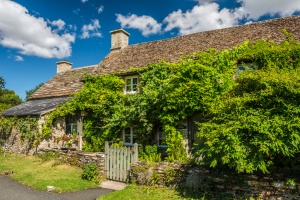 A pretty cottage in Eastleach Turville

There are two "Eastleaches", Eastleach Martin and Eastleach Turville, though exactly where one ends and the other begins is not immediately apparent as you drive along the twisting lanes that lead through these attractive villages.

The adjective "sleepy" applies here. The two Eastleaches sit astride the slowly moving River Leach. So close are the two villages that the parish churches are only a few hundred yards apart, facing each other across the river.

A clapper bridge leads from one church to the other. This is named in honour of John Keble, a popular Victorian curate at Eastleach Martin, and one of the founders of the influential Oxford Movement. Keble College in Oxford is named after him. 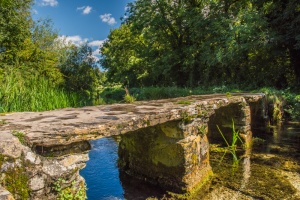 A picturesque clapper bridge
over the River Leach

As for the churches themselves, they are both worthy of visits. St Andrew's (Eastleach Turville) is mostly Norman, with a tower roof of the type known as "Saddleback". There is an interesting, if plain, octagonal font, and some striking Norman carving above the south door.

As for St Michael and St Martin's (Eastleach Martin), the nave and south door are both 12th century, the base of the font is 15th century, while much else was restored in the Victorian era. The church is now preserved by the Churches Conservation Trust, as it is no longer used for regular worship. 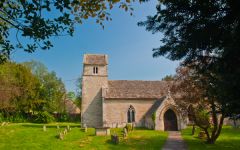 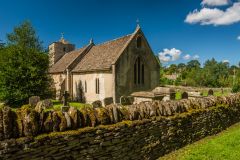 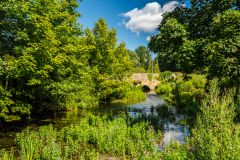 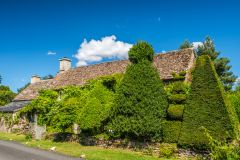 More self catering near Eastleach

More bed and breakfasts near Eastleach