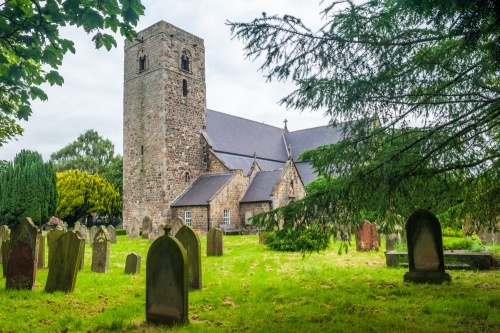 St Mary the Virgin Church in Ovingham is a late Saxon building with a 12th-century porch. The church was rebuilt in the 13th century and restored in the Victorian period. The name 'Ovingham' suggests the parish's ancient origins. The name comes from Old English meaning 'homestead of Offa's sons'.

The oldest part of the building is the tower, which is largely a product of the 11th century, but there is thought to have been a much earlier church on the site. Some of the stones set into the tower base are thought to have come from nearby Roman sites.

There are also 12th-century lancet windows in the east wall. In the churchyard is the grave of Thomas Bewick, a famous 19th-century artist, who was born in the village. The gravestones of Bewick and his wife Isabella have been moved inside the porch for safekeeping. Their actual burial place is marked with a pair of metal plaques. Bewick's birthplace at nearby Cherryburn is now preserved by the National Trust. 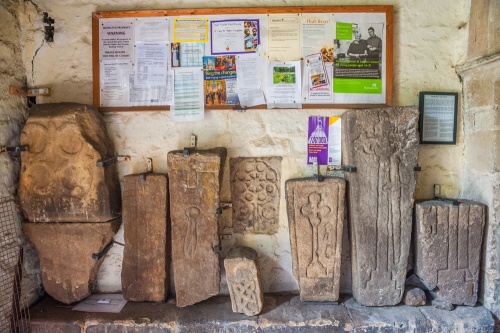 Medieval cross-slabs in the porch

It is hard to imagine it, seeing how peaceful Ovingham is today, but in 1534 St Mary's Church was the setting for a deadly act of defiance and death. As part of his Dissolution of the Monasteries, Henry VIII sent church commissioners to dissolve Hexham Abbey.

The Abbot of Hexham was not one to let Henry's efforts go unchallenged. He dressed in armour and climbed to the top of St Mary's tower where he challenged the church commissioners. It may have been an act of conscience but it was a futile one, for the Abbot was executed by hanging, ostensibly for the act of wearing armour, which was forbidden to a cleric.

One of the historical highlights at Ovingham is a collection of medieval cross-slabs in the porch. There are 7 slabs, dating from the late 11th to the 14th century. One unusual fragment of a slab shows a carved sword blade and a key, the traditional male and female symbols.

Presumably, the symbols represent a husband and wife but it is extremely rare to find both symbols together on the same grave slab. Other grave slabs show floriated crosses and shears. 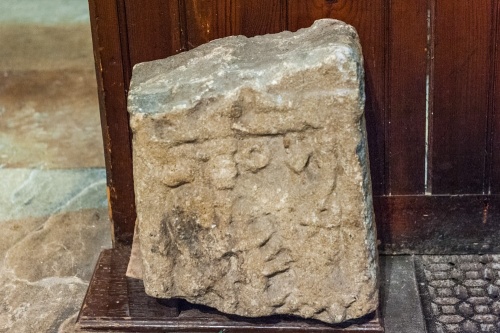 Saxon cross fragment under the pulpit

In addition to the medieval slabs, there is a piece of a free-standing Saxon cross. Another fragment of a Saxon cross dating to the late 10th century lies beneath the pulpit. One face of the latter cross depicts a figure with an exaggerated oval head, while on the reverse is a hunting scene.

The doorway is a very simple Norman design with plainly carved rounded arches. Just inside the door is a royal coat of arms painted on a wooden panel. It isn't immediately clear when the coat of arms was painted as there are no obvious royal initials.

At the west end of the north aisle is a simple 13th-century font in tub shape supported on clustered pillars.

In the chancel is a trefoiled double sedilia dating to the 14th century and there are several finely carved medieval column capitals in the nave. It is well worth walking around the outside of the church to see several very good gravestones set against the wall, including one to William Blackett, who died in 1695. 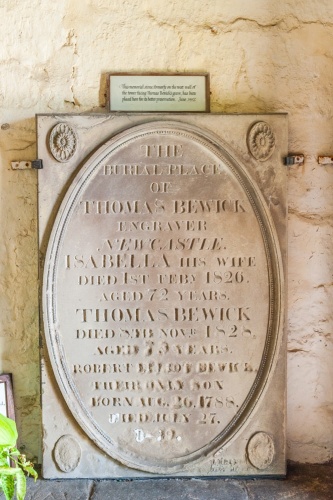 Thomas and Isabella Bewick gravestone in the porch

Opposite the churchyard in The Hill is the 'Goose Fair Cross', an 11th-century cross head on a modern shaft and base. The Goose Fair itself dates to the 13th century when farmers walked geese from the Carlisle region to markets in Newcastle and Gateshead. The Goose Fair is now a simple village fair held on the 3rd Saturday in June.

The church is extremely easy to find. It is located just over Ovingham Bridge from Prudhoe, at the junction of Main Road and West Road. The church is usually open to visitors and was open when we visited. 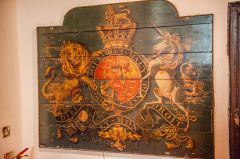 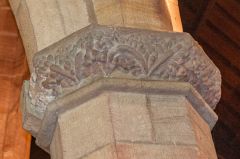 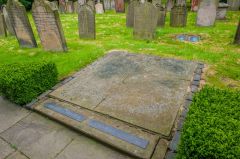