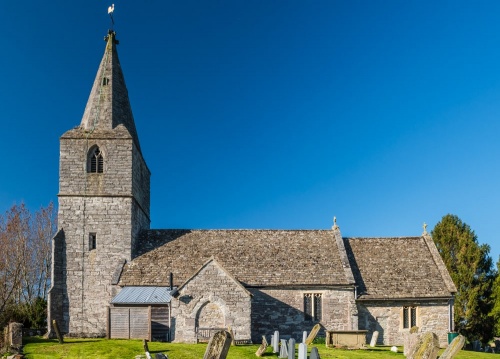 St Margaret's Church, Corse
St Margaret's Church at Corse stands in apple orchards, in the midst of a peaceful rural landscape north of Hartpury, Gloucestershire, beside the timber-framed manor of Corse Court. The church dates to the 14th century, though the presence of a 12th-century Norman font hints at an earlier structure.

The first historical record of a church at Corse comes in 1290 when it was mentioned as belonging to nearby Deerhurst Priory, one of the largest landowners in the area. The 14th-century building may have been built by the owners of nearby Corse Court. 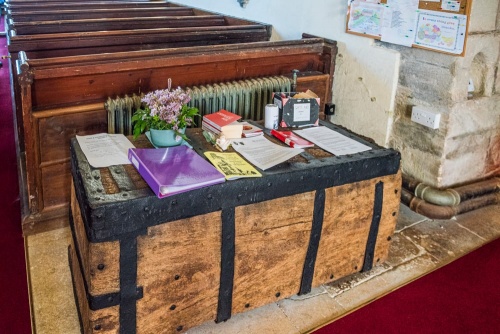 The building consists of north and south porches, chancel, nave, and a three-stage west tower with an external stair. The south porch is of stone, while the north porch is timber-framed and dates to about 1500. Most of the church fabric is 14th century, with some restoration work in the Victorian period and early 20th century.

The main east window is 15th century, while further windows in the nave and chancel are original 14th-century work. Some fragments of original medieval glass still remain. There are 6 bells; three are 17th century and one dating to the 16th century. 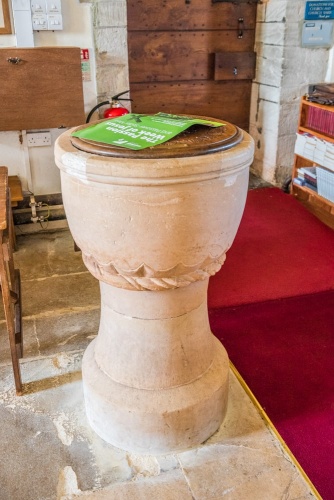 The most interesting historic feature is the simple 12th-century font, crafted in a chalice shape, ornamented with cable design and scallops under the bowl rim.

At the western end of the central aisle is a medieval parish chest bound by heavy iron straps. 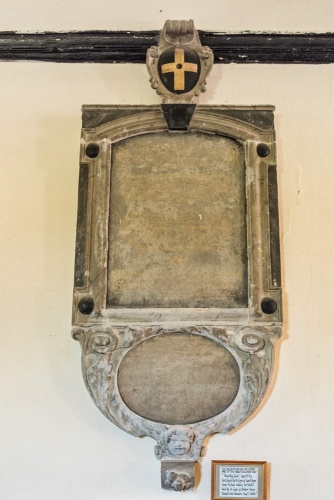 On the south nave wall is an ornate tablet in memory of Timothy Grail. The faded epitaph is translated on a modern plaque that reads:

'Timothy Grail. Aged 15 years. Set sail by the Cape of Good Hope unto the west Indies AD 1630 and by the Cape of Better Hope passed into Heaven August 12 1636.'

(I've updated the transcription to modern language to make it more readable.)

The Grail memorial was brought here from the chapel of St Bartholomew's Hospital in Gloucester by Rev Robert Gegg, vicar of Corse, when the chapel was pulled down in 1788. Rev Gegg was related to the Grail family through his mother. 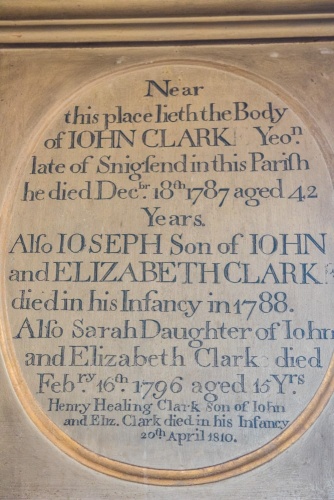 Also on the north wall is a memorial to John Clark, described as a Yeoman of Snigs End, who died in 1787. The memorial records the tragic deaths of Clark's son Joseph in infancy and his daughter Sarah, who died at just 15 in 1796.

Modern by comparison is a stone tablet to John Johnstone and his son Maxwell, who between them served Corse as physicians for an extraordinary 82 years.

On the north wall is a tablet commemorating generations of the Gegg family from John (d 1770) to Robert Gegg, mentioned above. The memorial was erected, not by the Gegg family themselves, but by a relative of Richard Wood of Gloucester who describes himself in these terms,

'This monument was erected by a relative of the late Richard Wood of the City of Gloucester, who had lived many years on terms of the strictest friendship with the above excellent Divine and always entertained the highest opinion of the learning and other eminent virtues with which he was endowed.'

Behind the early 20th-century wooden pulpit is a war memorial to the ten men of the parish who lost their lives in the First World War.

Under the tower are two dedication boards. One commemorates the recasting of the church bells in 1907. The other recalls a feat of bellringing in 1911 with these words, 'In this tower was rung a peal of Grandsire and St Dunstons Doubles on Tuesday Nov. 14th 1911 in 2 hours and 24 minutes as a birthday compliment to Master Thomas Henry Hulls.' 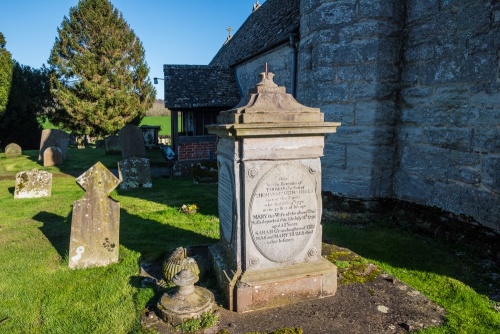 Outside the north porch is a large memorial to Thomas and Martha Hulls, who both died in 1772. Nearby is the very worn top of the steeple, now standing upright.

The eastern end of the churchyard was originally part of an orchard belonging to Corse Court. It was later converted into a burial ground for local Quakers; one of the first Quaker cemeteries in Britain.

The church is approached through an area of woodlands known as The Wildwood. This is the last vestige of the medieval hunting forest known as Corse Chase. The rest of the forest was cleared to create a vast area of common land known as Corse Lawn. The Lawn, in turn, was enclosed by an Act of Parliament in 1796. 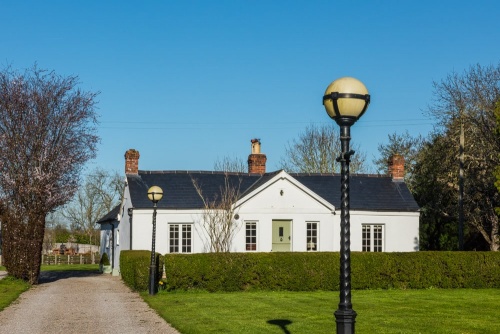 North of the church is Snigs End, an estate established by Chartists under the leadership of Feargus O'Connor, a Victorian social activist who sought to create a utopian vision of a 'New England' based on workers living off the land in intentional communities.

Snigs End is one of only five communities built by the Chartists before the movement came to an end. An exhibition in St Margaret's church tells the story of the Chartists at Corse and traces the history of the community, the church, and local education.

The church is signposted as 'Corse Church' off the A417 just south of Corse village. There is a small lay-by for parking outside the gates of Corsae Court and you can get good views of the timber-framed Court from the churchyard.