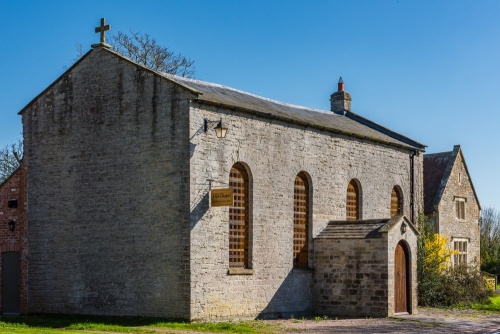 Standing amidst a cluster of historic buildings near the River Leadon is the Hartpury Old Dominican Chapel (aka the Old Chapel Hall), built in 1829 by the nuns of Hartpury Court. After years of decay, the chapel has been restored and is now in use as a community hall.

The story of the Dominican Order at Hartpury goes back to the 17th century and begins, not in England, but in Belgium. In 1661 Father Philip Thomas Howard established a Dominican nunnery outside Brussels. At that time, English law forbade Catholic monasteries, so Father Howard was forced to create his nunnery abroad. Despite that, the nunnery drew most of its members from English families.

One of those nuns was Sister Margaret Joseph, a member of the Compton family of Hartpury, who rose in time to become the abbess. 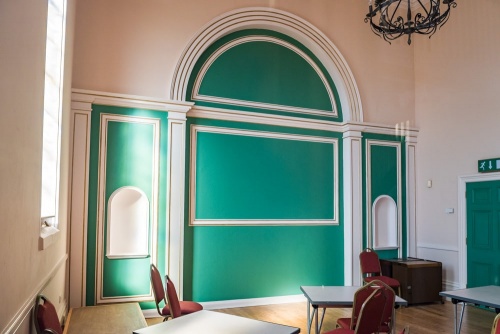 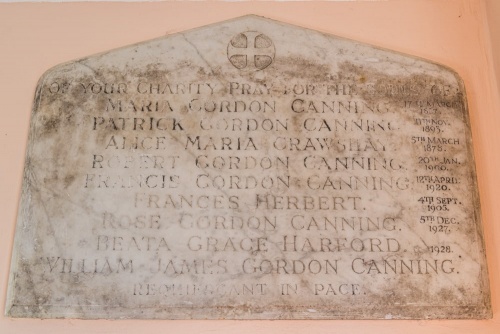 In 1794 the French invaded Flanders and the nuns were forced to flee to England. On their arrival in London, they were saved from having to disperse by two sisters, Catherine and Jane Compton, great-nieces of Sister Margaret Joseph. The Comptons offered the family residence of Hartpury Court as a new residence for the nuns, who opened a school for young ladies to support themselves.

The school offered an education in 'reading and writing and arithmetic, English and French grammar, geography and the use of the globes' to girls between the ages of six and twelve. The cost for this education was 28 guineas per year. 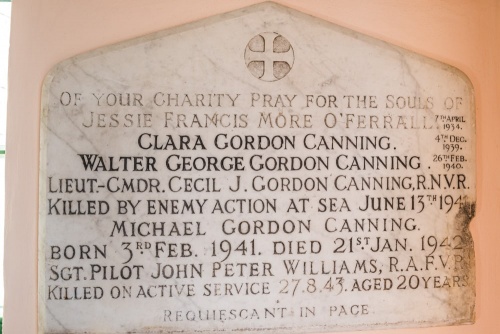 Memorial in the chapel porch

Throughout the first three decades of their time in England the nuns were unable to worship openly, but in 1829 the Roman Catholic Emancipation Act was passed by Parliament, allowing Catholic worship once more. Later that same year the nuns of Hartpury built a chapel attached to the west wing of Hartpury Court.

In 1833 the school closed so that the nuns could return to a life of quiet contemplation. Hartpury Court, however, was by that time in very poor repair. Rather than restore the building, the nuns raised money for a new convent at Atherstone, Warwickshire, and left Hartpury in 1839. The order later moved to the Isle of Wight, where the convent was closed for good in 1989.

Nine nuns of Hartpury are buried in unmarked graves in St Mary's churchyard, along with two male chaplains.

After the departure of the nuns from Hartpury the chapel was used for farm storage and as a chicken shed. By 1997 the building was in danger of collapse. There were holes in the roof and the entire structure was decaying. 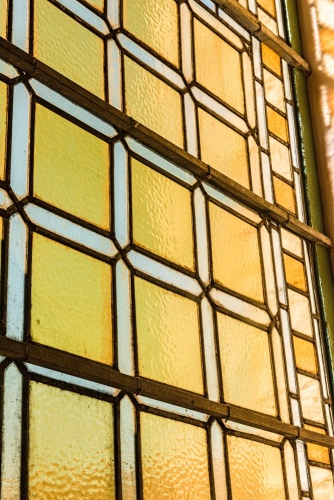 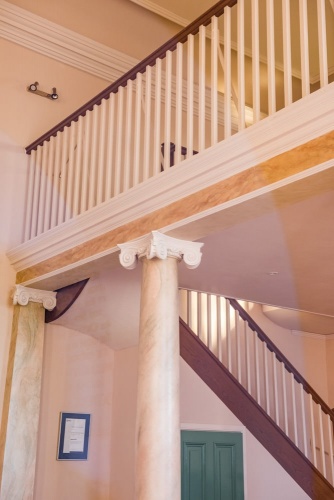 The Hartpury Heritage Trust was formed to save the chapel, with money from the Heritage Lottery Fund. Repairs were completed in 2001, and the chapel was returned as closely as possible to its state in the 1930s. It is no longer used for worship, but as a community hall and event space.

The chapel is a very simple two-storey rectangular building of lias grey stone with two large round-headed windows on either side of an entrance porch. Unusually, the chapel is not oriented east to west but north to south, which follows the line of the road. Inside the chapel are a large open space to the north and a gallery supported on neoclassical pillars to the south. Set into the south wall are a fireplace and chimney. 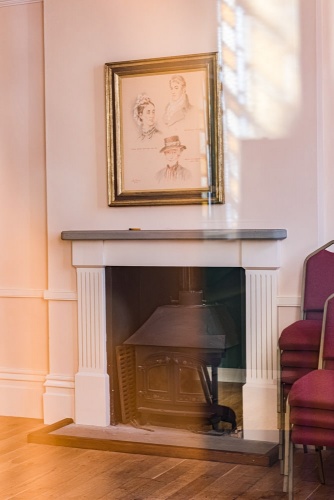 Sometime around 1300 the power Abbot of Gloucester, John de Gamages, built a manor house art Hartpury to serve as a country residence. The manor house stood at the heart of an estate with arable fields. Grain harvested on the estate was stored in the huge tithe barn that stands opposite the church.

After the abbey was suppressed by Henry VIII, Hartpury Court passed through several hands before it was purchased by Walter Compton, a wealthy cloth merchant who gave the estate to his son William. The Compton family would act as lords of the manor of Hartpury for the next 250 years.

A few steps north of the chapel is the raised churchyard of St Mary's Church, begun in the 11th century and retaining a medieval parish chest and Green Man carving. Across the road is a 14th-century tithe barn, a reminder of the days when the Hartpury estate was owned by St Peter's Abbey in Gloucester. 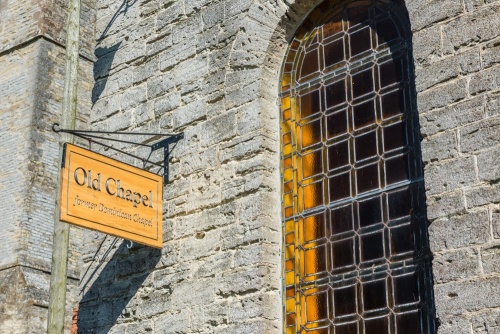 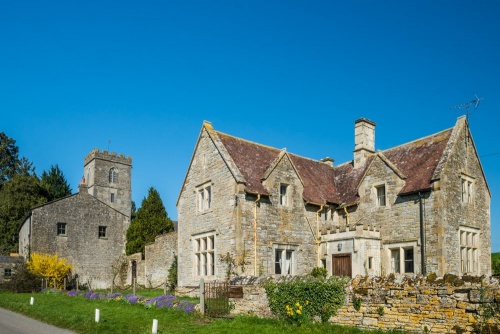 The Old Dominican Chapel stands beside Hartpury Court, a stone's throw from St Pary's Church. From the A417 in Hartpury, look for the brown tourist signs for the church. Follow Corse End Road until it becomes Park Road and you will see the church on the left. Turn left, towards Hartpury College, and the chapel and Hartpury Court are on your left.

The chapel is not regularly open to the public except for community events, however, the outer doors are left open during daylight hours and you can get a very good look at the chapel interior through the inner glass doors. The foyer has an information panel explaining the history of the Dominicans at Hartpury and the chapel's restoration.