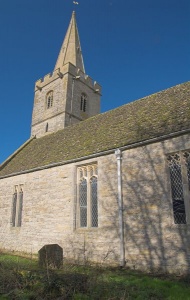 The parish church of Ashleworth is located some distance from the current village, down in a hollow on the banks of the Severn. Immediately behind the church is a massive medieval tithe barn, built by an abbot of Bristol Abbey in the late 15th century. It is sobering to think that when the tithe barn was being built, the church behind it was already a historic relic over 500 years old.

There has been a church here since at least Saxon times. When you first enter the church via the north door, turn back and look closely at the north wall. Here you will see some superb Saxon stonework in a traditional herringbone pattern.

The church as we see it today is composed of a west tower with a short spire, nave, chancel, two vestries, south chapel and south aisle. The oldest part to be seen is the Saxon stonework in the north wall. Also in the north wall is what appears to be a Saxon doorway, filled in to make room for a Norman door. The chancel and chancel arch are 13th century. 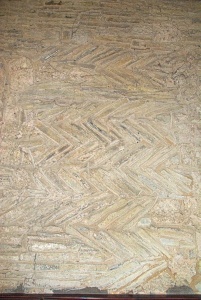 Aside from the Saxon stonework, the most interesting aspect of the church can be found in the south aisle. Here, occupying the space above the south chapel, is one of the earliest known examples of a royal coat of arms to be found in an English church. The arms, including the initials ER, and the likeness of a Tudor rose, are very richly painted and clear.

What is not clear, however, is whether the ER refers to Edward VI or Elizabeth I. Roods, or crosses, were banned by Edward VI in 1548, and royal arms were often erected in place of a rood. These early coats of arms were removed when Queen Mary tried to take England back to Roman Catholicism, only to be replaced when Elizabeth came to the throne. Given all this to-ing and fro-ing, it is not surprising that coats of arms of Edward VI are very rare.

The Ashleworth Coat of Arms was stored for many years on the west wall of the south aisle. When it was restored to its present location a small roundel, or painted crest, was found. This roundel is painted with an inscription from St Peter. The west door beneath the roundel is traditionally known as Death's Door, for it was here that coffin-bearers entered and left the church.

Ashleworth church is located on a minor road off the A417 about 3 miles north of Gloucester. Follow the sign from the village green. 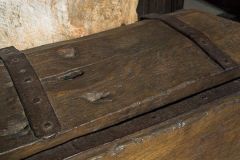 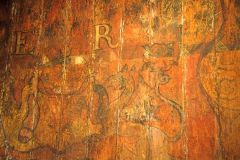 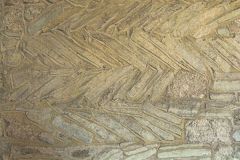 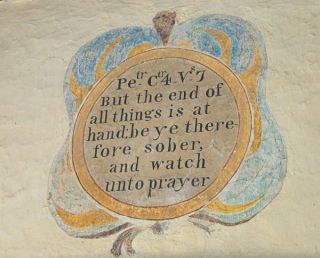 More self catering near Ashleworth

More bed and breakfasts near Ashleworth