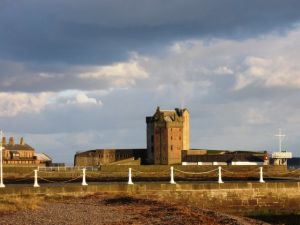 Broughty Castle in Broughty Ferry
Broughty Ferry is today largely swallowed up in the sprawl of modern Dundee, but it once held the unusual distinction of containing within its boundaries more wealth than any area of similar size in Scotland.

To understand why you have to roll back the years to the heyday of the jute trade in the 19th century. at that time, Dundee was a major centre of jute trade, and the most successful of Dundee's 'jute princes' moved to Broughty Ferry so they could be near their manufacturing works, yet still live in a refined county area.

These 'jute princes' lavished money on the area and promoted the arts. Broughty Ferry may no longer be the prefered destination for the successful merchant princes of today, but the jute princes left their mark in examples of refined Victorian architecture we can still see.

The most interesting building in Broughty Ferry predates the jute princes by hundreds of years; it is Broughty Castle, built at the start of the 16th century. It was once owned by 'Bonnie Dundee' Claverhouse, the Cavalier military leader.

More self catering near Broughty Ferry >> 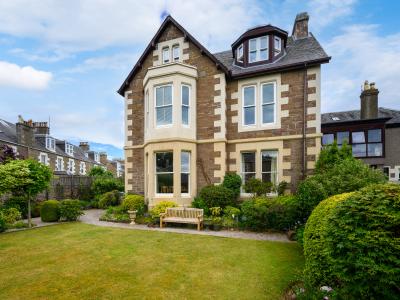