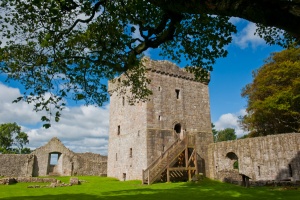 The Tayside region is a bit difficult to define with any certainty - it rather depends which geographic definition you use. For our purposes, we'll say that it includes the areas of Perth and Kinross, Angus, and Dundee. It stretches from the North Sea in the east to Argyll in the west, taking in a broad swath of territory north of Stirlingshire and south of the Highlands.

Geography
Between Fife and Perthshire lies Kinross, where you will find Loch Leven, a large inland loch at the foot of the Lomond Hills. Loch Leven is traditionally famous as a centre for trout fishing, but better known for Lochleven Castle, an ancient fortress built on one of four small islands in the loch. Kinross is still part of the Lowlands, but here you first begin to glimpse the most southerly features of the Highlands.

That glimpse becomes reality in Perthshire and Angus, where the Highland line marks the true beginnings of the Highlands. To the north, the Grampian hills rise up from the green farming areas to the south. Perthshire is dominated by the River Tay, which empties into the North Sea and gives its name to the region as a whole.

The inland centre of Perthshire is the closest equivalent in Scotland to the English Lake District, as the presence of the lochs of Tummel, Tay, Lubnaig, and Earn mean that you are never far from water. In the east are the Trossachs, extending all the way to Loch Lomond. North from Perth lies Pitlochry, a popular tourist destination since the Victorian period.

Historic Attractions
More interesting by far than regional boundaries are the wonderful range of historic sites that lie within the Tayside region! There are a pair of medieval monasteries at Arbroath and Restenneth, and castles at Burleigh, Broughty, and Edzell. Huntingtower Castle just outside Perth consists of not one but two tower houses, but for sheer scenic beauty, it is hard to beat Lochleven Castle, situated on an island in the middle of Loch Leven. Mary, Queen of Scots was imprisoned at Lochleven in 1567, only to escape. 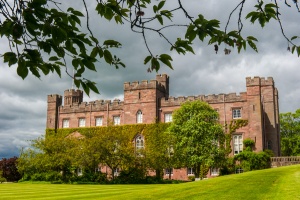 Tayside is blessed with a marvellous mix of countryside, some of which is preserved as country parks, notably the Tay Forest Park. At Killiecrankie is a stunning wooded gorge near the site of a pivotal battle in James Stuart's attempt to seize the crown in 1715. Nearby is the Linn of Tummel, a wooded park at the junction of the Rivers Garry and Tummel.

The Tayside region is especially rich in historic gardens. Perhaps the finest is Drummond Castle Gardens at Muthill, a formal garden laid out in Italian style, dating to the 17th century. At Meikleour is a living hedge plated in 1746, and the 17th-century gardens surrounding historic Kinross House.

And speaking of historic houses, once again Tayside is blessed; the most famous and historically important is undoubtedly Scone Palace, just outside Perth. Kings of Scotland were crowned at Scone as early as the 9th century, and the palace is home to the Stone of Destiny, returned to Scotland after centuries of exile in London, where it was taken by Edward I. Another famous historic house is Glamis Castle, home of the Earls of Strathmore and Kinghorne. The castle was a royal hunting lodge as early as the 14th century and later became a royal residence.

Much older are the Aberlemno Sculptured Stones, a set of four sculptured stones dating to at least the 7th century, carved with intricate Pictish symbols and interlaced decoration. There are further sculptured stones at Dunfallandy and Forfar (St Orland's Stone) and prehistoric earth houses at Ardestie and Carlungie.

There is much to see and enjoy in Tayside - more than you could possibly fit into a single stay! 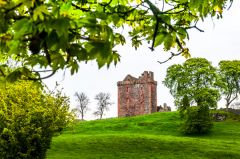 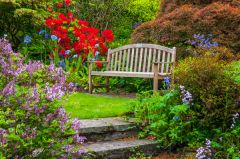 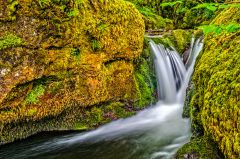 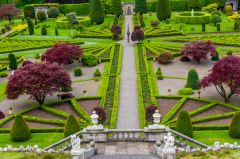 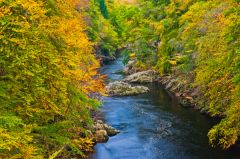 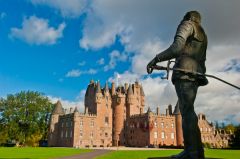