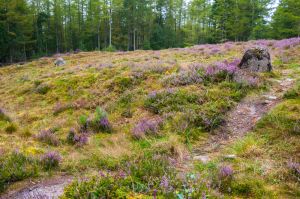 When you hear the word 'henge', do you instantly think of a large stone circle? I'll bet the answer is yes, but if you do, you'd be wrong. Perhaps we're conditioned to think of a stone circle when we think of henges through the most well-known henge of all, Stonehenge, in Wiltshire. But the 'henge' is simply an earthen enclosure, usually composed of one or more circular banks and ditches.

Why all that preamble? So you don't immediately think of a stone circle when you hear about Quarry Wood (or Quarrelwood) Henge, near Elgin. Quarry Wood is indeed a henge and a rather interesting one, but if you come expecting standing stones you will be disappointed. Instead, what you find at Quarry Wood is a circular enclosure, built near the crest of a hill. That in itself is unusual, for most Scottish henges are built on low ground.

The enclosure is formed by an oval bank and ditch, with the bank on the outer slope (unlike a defensive fort, where the slope would be on the inside). There is a break in the bank on the west side to create an entrance. There is a ditch around the enclosure, and at one point there may have been a ring of timber posts outside the ditch.

The interior of the henge is a roughly oval shape, about 47 by 43 metres. Within the henge are a pair of standing stones, about one metre high, which may possibly be remnants of an earlier stone circle. The most likely period of construction was between 2500-2000 BCE.

Why was it built? In short, we don't know. There are no remains of cremations or other artefacts that would suggest a purpose, but it must have been important to the people who made it, for it would have taken a massive amount of work to build.

The henge is located within the Forestry Commission plantation of Quarry Wood, on the western fringe of the cathedral city of Elgin. The easiest way to reach the monument is to take the circular footpath from the parking area off the minor road just south of Quarrywood village (note the difference in spelling). There are waymarkers and you can usually find walk leaflets in a dispenser at the start of the trail, which should take about 20 minutes in each direction.

Give yourself a bit of extra time, though, as the way isn't always obvious and the signposting leaves a little to be desired. I was lucky enough to find other walkers in the woods who directed me to the henge, but it wasn't obvious! The woods are a delight, and its a wonderful walk even if you aren't headed for the henge. 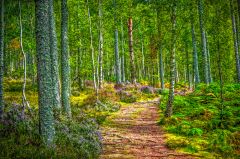 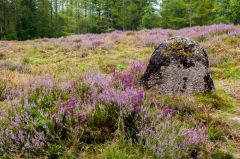 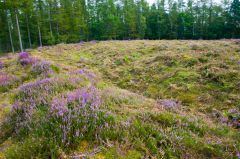 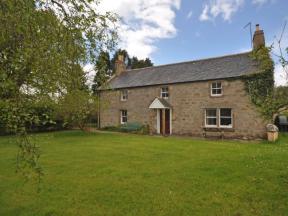