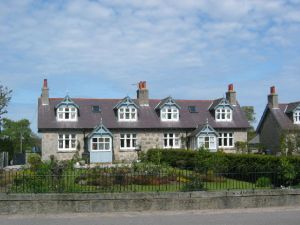 Dunecht
Dunecht is a small, planned village south-west of Aberdeen. It was laid out in the late Victorian period by AC Pirie, owner of the Dunecht estate.

At the south-east edge of Dunecht stands the great mid-Victorian Dunecht House, built for the Earl of Cowdray to a design by GE Street. The house was the setting for one of the most unusual and intriguing mysteries of the Victorian age.

When the 25th Earl died in 1880 he was buried in a special family vault. Shortly after, the vault was burgled and the body disappeared. The body remained missing for over a year, and the story was front-page news; even Queen Victoria took a personal interest and sent a note of condolence to the Countess.

The missing corpse was finally discovered reburied in a shallow grave near the house. A rat-catcher by the name of Charles Soutar was convicted and executed for his part in the 'Great Dunecht Mystery'.

About Dunecht
Address: Dunecht, Aberdeenshire, Scotland
Attraction Type: Village
Location: At the junction of the B977 and A944 5 miles west of Westhill
Location map
OS: NJ756089
Photo Credit: Lizzie, licensed for reuse under the Creative Commons Licence

More self catering near Dunecht >>

More bed and breakfasts near Dunecht >> 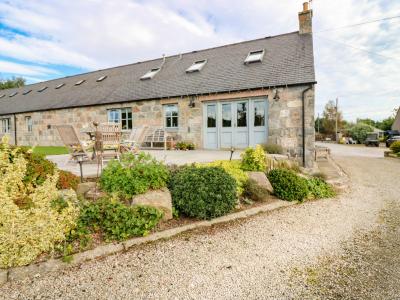 This charming cottage rests in Sauchen near Dunecht, Aberdeenshire and can sleep six people in three bedrooms.
Sleeps 6