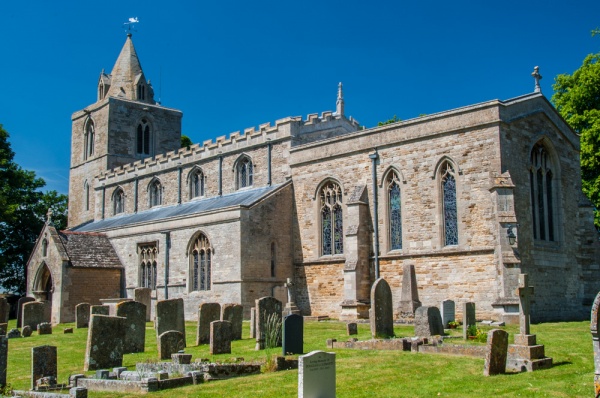 St Andrews church stands in the peninsular village of Hambleton, which is surrounded on three sides by Rutland Water. This is one of the oldest churches in Rutland and dates to the late Saxon or early Norman era. It once formed a part of the dowry of the queens of England.

In the Saxon period, the manor of Hambleton was part of the dowry of Aelfryth, mother of King Ethelred the Unready. It passed to his wife, Emma, and from her to Edith, wife of Edward the Confessor. Edith's connection to this area of Rutland lives on in the name of Edith Weston village, across Rutland Water from Hambleton.

St Andrews must have been an important church, for the Domesday book of 1086 records that it was the mother church for three other churches in the area. This despite the fact that the Domesday Book only mentions four churches at all.

The Domesday survey also records the name the priest; 'Albert the Lotharingian'. Albert was appointed by Westminster Abbey in London, who held the living. At some point before 1231, the living passed to the Bishop of Lincoln.

Much of the fabric dates between AD 800 and 1190, though this is partly obscured by later Victorian restoration, which includes stained glass by the Pre-Raphelite artist Edward Burne-Jones. The tower was built around 1200, and the clerestory was added in the 14th century.

One of the best features of the church is the beautifully carved south doorway, crafted around AD 1180. There is also an ancient oak chest, bound with iron straps, that was formerly used to store the church silver and important documents. Look for the original King James Bible dating to 1611. It was made to be chained to a lectern for security.

Most of the pulpit is Victorian, but it includes panels from the early 17th century.

There is also an intriguing pair of carved grave slabs in the form of partial effigies. These grave slabs, or coffin lids, probably depict donors of the church, one male and one female. The male is thought to be Lord Bodlesmere, who was granted the right to hold a weekly market at Hambleton and an annual summer fair. Other 14th century features include a beautifully carved piscina and triple-sedilia, or clergy seat.

An old legend says that there is an underground tunnel from the church to the Priest's House down the hill. Outside the church look for the large table tomb of Robert Tomlinson (d. 1788) who served as vicar of Hambleton for 40 years.

The churchyard is a wonderfully peaceful place offering views out over Rutland Water - this is Rutland, after all - and a popular location for walkers on their long perambulation around the lake. 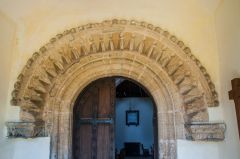 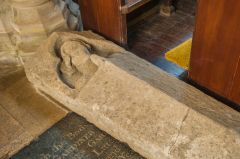 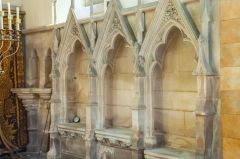 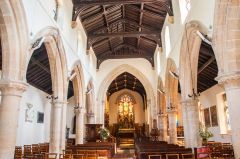 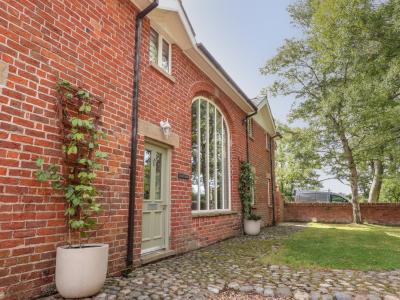