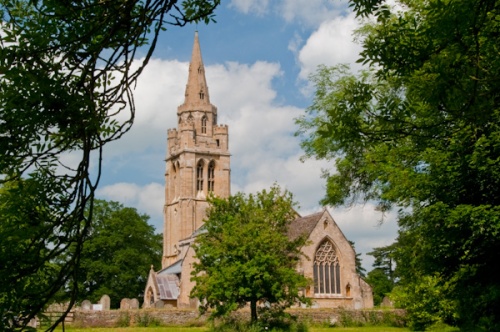 The parish church of St Peter and St Paul stands within the grounds of Exton Park, for many years the home of the Earls of Gainsborough. The church dates to the 13th century, though there may well have been an earlier building on the site, as historical records show that the de Brus family, lords of the manor, granted land here to St Andrews Priory of Northampton in the mid-12th century.

The interior is largely Victorian, not too surprising when you consider that in 1843 a lightning strike toppled the spire, which destroyed large parts of the nave and gallery beneath.

Exton church was included in the popular book by Simon Jenkins, 'England's Thousand Best Churches', due in no small measure to its wonderful collection of monuments dating from the 16th to the 18th century, as well as funerary and armorial banners of the Noel family.

Of the monuments, the most impressive is that of Baptist, Viscount Campden, which dominates the north transept. As well as the Viscount, this incredible monument commemorates his four wives and nineteen children. The monument is an extraordinary creation, full of classical allusion and rich ornamentation. 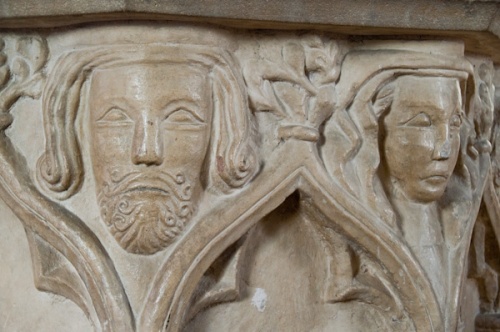 In the south transept is a quite wonderful Elizabethan monument, often called the Kelway, or Kelwey monument. This contains the effigies of Robert Kelway (d. 1581), his daughter Anne, and her husband John Harington.

John Harington was charged by James I with safeguarding his daughter, Princess Elizabeth, later to become Queen of Bohemia. The honour nearly bankrupted Harington, but the princess's stay is recalled within Exton Park, where one ride is still known as the Queen of Bohemia's ride.

In the north aisle is the tomb of Anne, wife of Lord Bruce of Kinlosse. To the west of the south door is the table tomb of Sir John and Lady Alice Harington, with wonderfully carved alabaster effigies. This is the oldest Harington tomb, as Sir John died in 1524.

The 14th-century font may be forgotten amidst all the historical monuments, but it is a very interesting piece of sculpture, with fantastically carved faces on the corners.

These are just the highlights of the monuments; there are more, and it is easy to see why so many people make their way to this quiet location to see them. Pevsner quite rightly says of Exton, 'There are no churches in Rutland and few in England in which English sculpture from the sixteenth to the eighteenth century can be studied so profitably and enjoyed so much as at Exton.' Hear hear.

If you are anywhere in the neighbourhood, please make the effort to visit Exton church -- you will be richly rewarded. 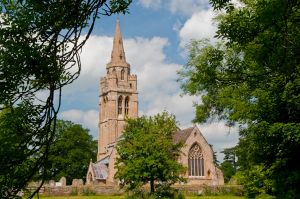 More self catering near Exton Church >> 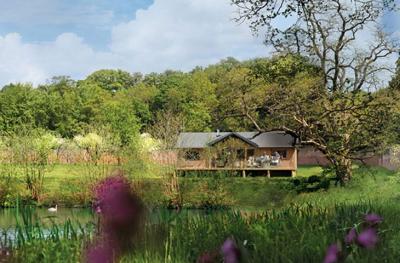 A home from home canvas-wrapped three bedroom colonial style tent. Exton Estate is located within 500 hectares of beautiful parkland in the centre of the county of Rutland - surrounded …
Sleeps 6