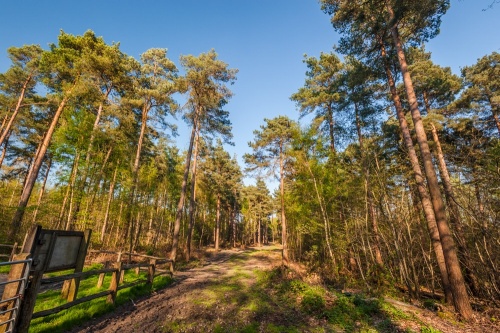 Brede High Woods is the largest area of ancient woodland in the care of the Woodland Trust charity. Brede Hill covers an enormous 747 acres (about 262 hectares) and is situated some six miles north of Hastings in the High Weald Area of Outstanding Natural Beauty.

Despite the name, the woods is not one forested area, and open ground located on the edge of Powdermill Reservoir. but 10 distinct ancient woodlands.

You can see traditional coppiced woods, where trees are cut and stump level to force slender new shoots to grow from the stump. The stems are cut every 6-20 years, in an endlessly sustainable form of woodland management that has been carried out here for thousands of years. Most of Brede High Woods and similar areas across the High Weald were coppiced to create a steady supply of firewood, hop poles (using chestnut trees) and charcoal (mainly using hornbeam). 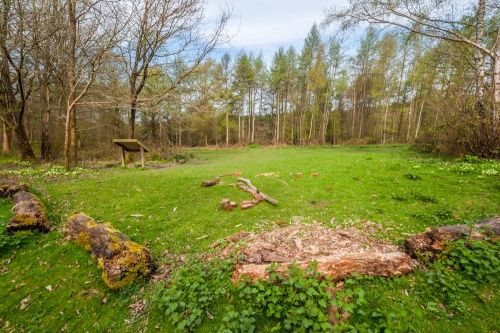 In the 1930s the Hastings Corporation purchased the Woods and planted the farm fields that separated the woodlands with large numbers of beech, pine, larch, and sycamore. These woodland plantations are typical of the High Weald; small fields and wooded areas divided by sunken tracks, banks, and boundary ditches.

Brede High Woods is a wonderful array of wildlife and a Roman and Iron Age site. The woods offer a home to herds of fallow deer and a rare variety of beetle once thought to be extinct. A huge wildlife population lives in the mixed field and woodland, open heath, and acidic grassland areas within the woods.

In the heart of the Woods is the site of Brede High Farm. The far was first recorded in 1639 and was finally torn down in the 1930s. You can see the farmhouse site and nearby remains of 17th-century buildings including an oast house and a pigsty. Most of the farm buildings were demolished in the 1930s when Powdermill Reservoir was created.

The farmhouse site was excavated in 2012 when local volunteers aided by a team of archaeologists unearthed pottery, glass, metal objects, and coins dating to the reign of George III. An interpretive panel at the farmhouse site tells the story of Brede High Farm and tells stories from its past.

There are two access points with free parking areas on the B2089 between Broad Oak and Cripps Corner. Buses also stop at Cripps Corner, 400m from one entrance.

Though there are information panels with maps at both car parks I actually found it quite difficult to know where I was in the woods. The trails are not well signposted, and it is easy to get lost - at least I found it easy! The trails can also get quite muddy at times so a good pair of walking boots or wellies is definitely useful.

The following OS maps may be useful for planning a visit:

Brede High Woods Car Parks Postcode
The Woods does not have an official postcode, but for satnav purposes, the postcode TN32 5RT will get you to the westernmost car park and TN31 6EX will get you close to the easternmost park. Remember that both car parks are directly on the B2089, so if your satnav suggests turning off that road, don't do it! 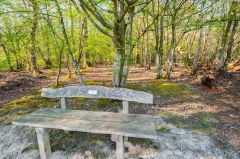 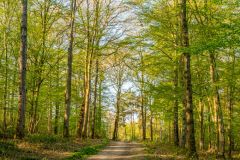 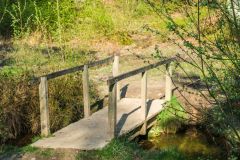 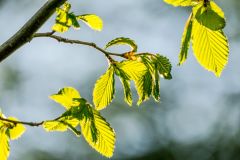