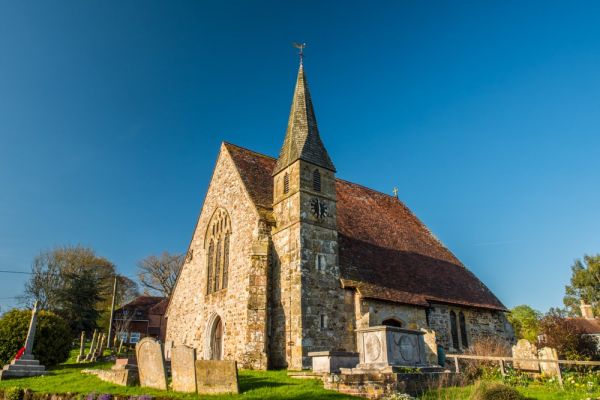 St Peter's church in Newenden stands on a small rise opposite the local pub and playing field. It's a beautiful old building, which dates primarily to the 14th century. The highlight of a visit is undoubtedly the superb font, which is richly carved with intricate designs of intriguing late Saxon or early Norman motifs.

The font is square, with a broad upper bowl supported on an immensely solid three-section base. The font is backed up to a large nave column, and the side against the column is uncarved, which suggests that it was created for some other location and simply placed against the column to hide the unfinished side. A modern copy of the font stands in the parish church at Rye.

Among the interesting carvings around the exterior of the bowl are a lion and a wyvern, or winged dragon with a barbed tail. There are also plants and a humanesque figure, as well as simple geometric patterns, are interwoven in ebullient style.

The church used to be much larger, but the chancel became ruinous and collapsed in the 18th century and the west tower was pulled down shortly after. The villagers had to wait until 1931 for a new chancel. The current tower and spire were built in 1859, so they must have been considered more important to replace than the chancel! 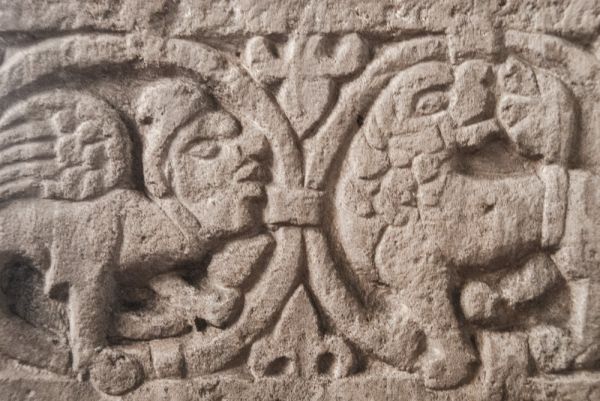 Carved figures on the Saxon font

The south porch is largely 14th century. Above it is a small chamber where you might expect a priest's room or even an early schoolroom to be located. However, in this case, the chamber had a more serious purpose; it was used as a prison cell. This could only be entered through a door in the south wall of the nave.

The clock was added to the tower in 1911 to commemorate the Coronation of George V. There is a single bell, cast by G Mears of London in 1860.

The carved and panelled pulpit deserves a look; it is either Elizabethan or Jacobean; the youngest panel is dated 1639 but the whole appears much earlier.

The vestry screen is a beautifully carved example from the 15th century. Contemporary to the screen is the main west window, which depicts St Peter with the keys to heaven.

The first Carmelite monks in England came to Newenden in 1242, and they established a monastery at nearby Lossenham, but it does not appear that there was any direct connection between the monastery and Newenden. 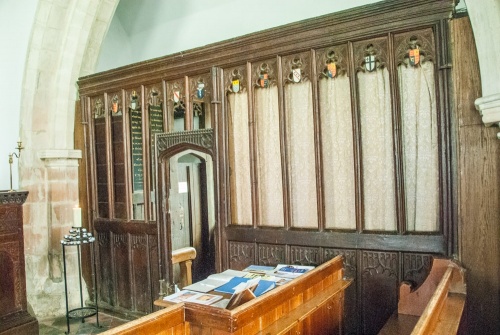 The church is immediately across Newenden's historic bridge over the River Rother that separates East Sussex from Kent. Parking is an issue for visiting the church. We found this out the hard way when we parked along Beech Road, the lane that runs beside the churchyard. This proved to be a mistake, and we were told off by a local resident who informed us that it was a private road with parking only for residents.

A much safer - and easier - option is to park in the large parking area of the White Hart pub, almost directly opposite the churchyard. Do be aware of oncoming cars when you cross the busy road. 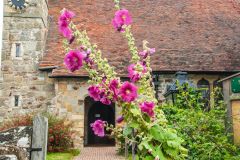 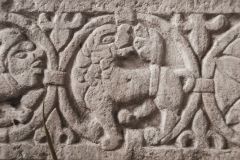 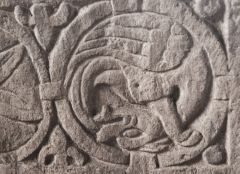 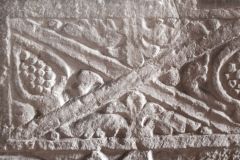 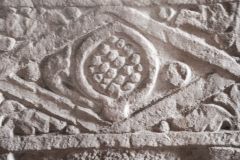 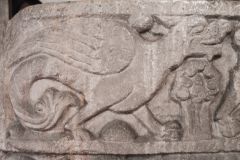 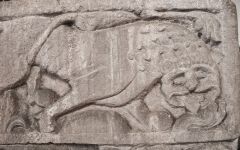 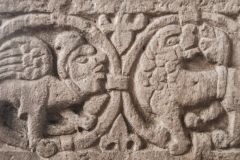 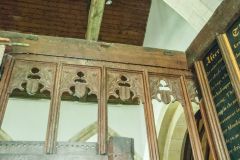