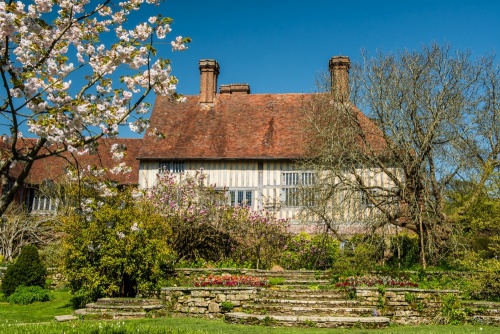 Great Dixter is a picturesque timber-framed house surrounded by a stunning garden in Arts and Crafts style. The garden was the work of of the popular gardening writer Christopher Lloyd, OBE.

Great Dixter is not one house but three dwellings added together to create something quite remarkable. The oldest part of the house is a 15th-century hall. The second is a Tudor yeoman's house brought here from Beneden and reassembled. The third, and most modern, is an early 20th-century addition linking the older sections together.

The first mention of Great Dixter (then known simply as 'Dixter') was in 1220. The first lord of the manor that we know of was Hamo at Gate, who owned 'Dicksterve' in 1340. The oldest part of the house, the Great Hall, was built by Richard Wakehurst sometime before his death in 1454. 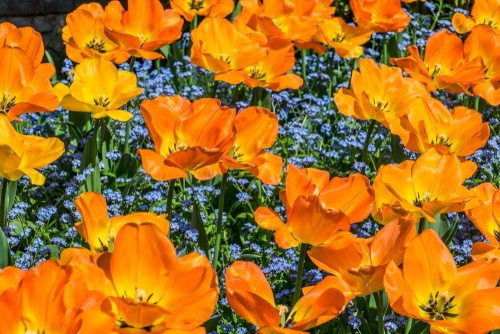 In 1910 the property was purchased by Nathaniel Lloyd, a successful printer. Lloyd retired to Great Dixter where he indulged his passion for collecting antique furniture. Lloyd called in the architect Edwin Lutyens to restore the house. Lutyens convinced Lloyd to buy a derelict cottage in Benenden and transport it piecemeal to Great Dixter where it was reassembled to complement the older medieval hall.

The house was fully restored by 1912. The Lloyds had six children and ran a household that included a cook, a chauffeur, two housemaids, a nursery maid, and nine gardeners. Great Dixter served as a military hospital during WWI, with temporary wards set up in the solar and great hall. 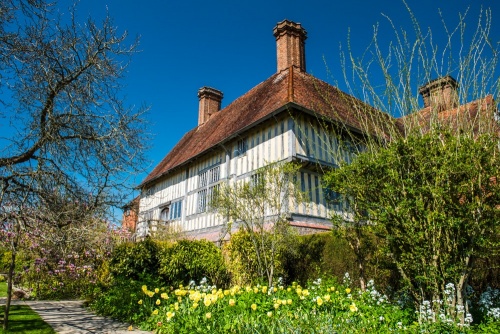 The manor from the rear

The youngest of the Lloyd children was Christopher, who was born here in 1921. Christopher Lloyd would become one of the most popular gardening writers in the world. after serving in WWII he studied decorative horticulture at Wye College in Kent.

After a brief period of teaching, he returned to Great Dixter and devoted the rest of his life to developing the garden and promoting the style of gardening he practised here. For 50 years Lloyd wrote about the gardens here at Great Dixter, and over that time he published 25 books.

The first was The Mixed Border in the Modern Garden (1957). His most ambitious project was Christopher Lloyd’s Garden Flowers – Perennials, Bulbs, Grasses, Ferns (2000). He wrote a weekly column for Country Life magazine for 42 years. The sheer volume of his output made Great Dixter the most written about garden in England and one of the most famous in the world. 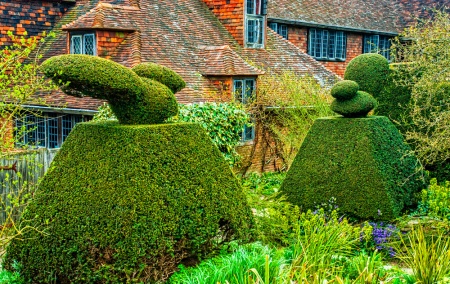 Topiary near the house

The heart of the house is the 15th century Great Hall, which looks as it did when it was built over 500 years ago. This is one of the largest timber-framed halls in England, measuring 40ft x 25ft and 31 ft high (roughly 12m x 7.6m x 9.5m). The hammerbeam roof is decorated with the coats of arms of 15th-century owners. Several of the windows are original.

Another original chamber is the Parlour, where the family would retreat from the public atmosphere of the great hall. A staircase rises to the Solar on the first floor. The solar was the private apartment for the lord and his family. Here you can see a rubbing from a brass memorial depicting a former owner, Sir William de Etchingham (d 1412), who is buried in Etchingham Church. In the wall is a squint, or peephole looking down in the activity in the great hall below.

The Yeoman's Hall was part of the 16th-century house brought here from Benenden. It served as Mr and Mrs Lloyd’s bedroom but since WWII it has been a summer sitting room. 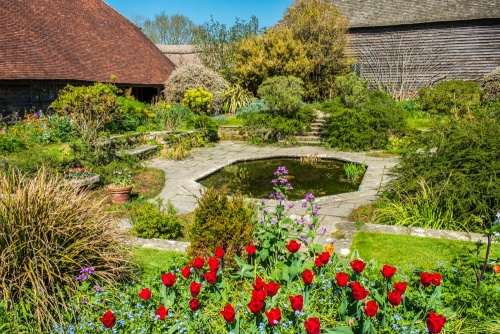 The world-famous gardens literally surround the house at Great Dixter. In fact, you could say that the house and the picturesque outbuildings act as garden features. What is extraordinary is that there were no gardens worth speaking of when the Lloyd family arrived in 1910.

Major areas of the garden and grounds include a sunken garden base around a quiet pool, and a Wall Garden made by using short sections of brick wall to break up the wind. The Solar Garden is planted with annuals and tender bedding plants against a backdrop of white Japanese anemones. There is a Blue Garden defined by topiary hedges and the Long Border, with summer-flowering plants.

Parts of the medieval moats surrounding the house have been drained and turned into garden areas. The Upper Moat is a meadow dotted with crocuses. By contrast, the Lower Moat still has water, and moisture-loving plants thrive here.

More fanciful topiary gives the Peacock Garden its name; 18 topiary birds look down on colourful beds of irises. A yew arch leads you to the High Garden, where paths in the shape of a cross lead you past ornamental shrubs, lupins, and poppies.

The gardens at Great Dixter are so varied, and so astonishingly colourful, particularly in summer. This truly is one of the great English gardens. 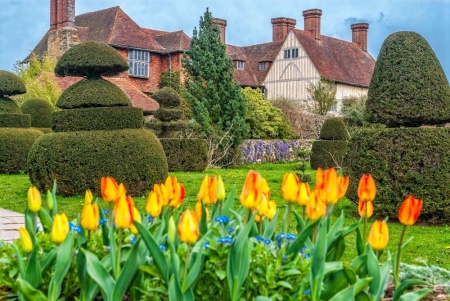 The manor house from the gardens

This remarkable medieval building is worthy of mention in its own right. The barn was built in the middle of the 15th century to act as the focal point of the manor farm. It stands 27m long and is 8m wide (88ft x 26ft). The timbers are from local oak trees, with wattle and daub walls. The roof was originally topped by thatch.

Another outbuilding is a traditional oast house, typical of oasts you still see scattered throughout Sussex and Kent. The oast house at Great Dixter was built in the 1890s to replace an earlier building. It has three square kilns, each with its own drying floor above a separate furnace. Each has its own cowl to help draw air from the furnace past hops spread on the drying room floor. The oasts went out of use in 1938.

Great Dixter has a second barn, known as the White Barn. This was added in the 18th century with an area for stabling horses and a coach house for storing wagons and farm carts. When Nathaniel Lloyd bought Great Dixter in 1910 the white Barn became a garage for his motor car.

Great Dixter lies at the end of Dixter Lane in Northiam, just off the A28. The garden is very well signposted and there is a large free parking area. 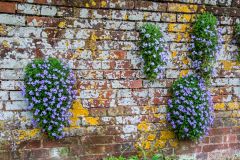 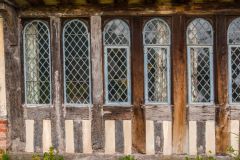 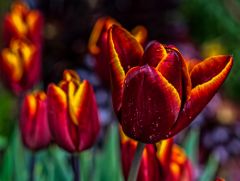 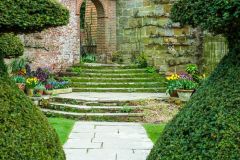 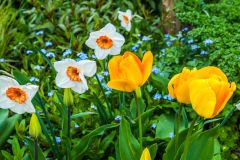 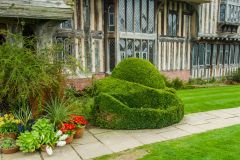 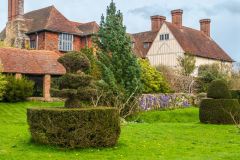 More self catering near Great Dixter