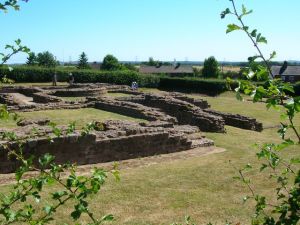 Wall Roman Site (Letocetum Baths and Museum)
The excavated bathhouse of an army post on Watling Street, the great Roman road running from London to Viroconium (Wroxeter). In addition to the bath house there are partial remains of other buildings associated with the staging post. A museum displays finds discovered on the site.
The staging post of Letocetum was an important stop on the main Roman road to north Wales. The foundations of a mansio, or Roman inn, have been discovered.

Letocetum began as a 1st century army post. Later, a town grew up on the site. A series of forts were erected, covering up to 30 acres, but unfortunately no trace of the forts remain above ground.