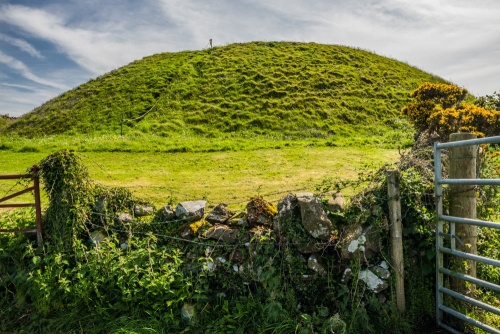 The castle mound is surrounded by a ditch up to 25 feet wide and eight feet deep in places (7.6m x 2.4m). The top of the mound measures 66 feet (20m) across. There is no evidence of the outer bailey which would have encircled secondary buildings such as a stable, brewhouse, bakery, and kitchen.

We know practically nothing of the history of Druchtag Motte. There are no indications of an encircling bailey as you might expect of a typical Norman fortification, but from the nature of the site, it seems reasonable to suggest a 12th-century date. It appears that the motte was never converted to a stone castle, as many Norman fortifications were.

We don't even know for certain who built it. It may have been erected by an Anglo-Norman lord, but it could also have been built by a local Celtic lord who was imitating the style of the incoming Normans. 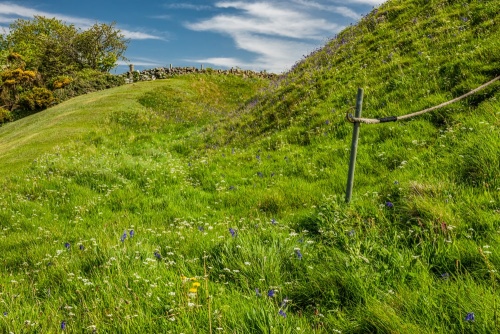 The ditch and bank

Druchtag falls within the Barony of Mochrum of Druchtag which was held for many years by the McCulloch clan. It is one of over 60 similar mottes throughout Dumfries and Galloway and was one of the first historic sites in Scotland to be placed under government care.

The motte is extremely easy to find. It lies immediately north of Mochrum village on a minor road off the A747. There is a small layby next to the site, but the road is narrow and it is perhaps easier to park along the road in the village and walk up the road, a matter of no more than 100 yards. 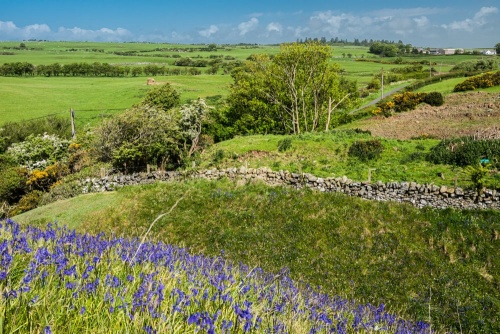 The view from atop the motte

There is an information panel at the base of the motte. The motte's sides are quite steep in places, but there is a rope tied to stakes at the top and bottom, making for a handy climbing aid. 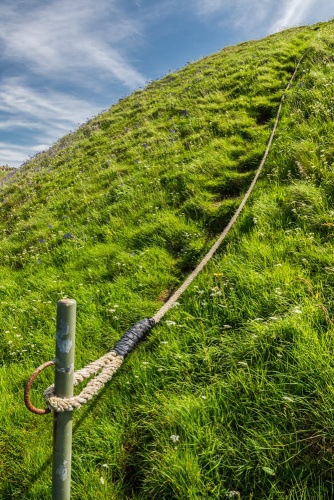 The guide rope to the top

The first thing you notice when standing at the foot of the motte is the pronounced ditch and bank that act as an extra defence. Though eroded with the passage of time, the ditch is quite obvious.

More self catering near Druchtag Motte >>