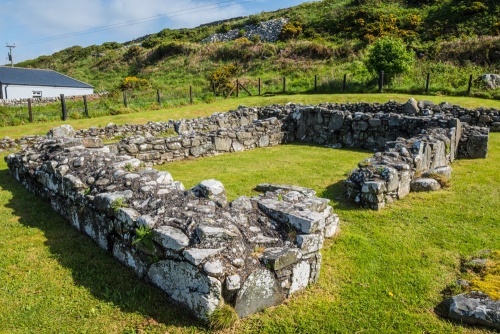 The foundation walls are all that remains of a small medieval chapel associated with St Finian. The chapel is set within a walled enclosure, in typical Irish style. The chapel may have been built as a haven for pilgrims making their way to St Ninian's shrine at Whithorn from the nearby landing place on the shore of Luce Bay.

The chapel layout is extremely simple, with a rectangular siungle-cell chamber with a door opening in the south wall. The walls are made of large, roughly-hewn stones cemented with mortar. The longer side walls are supported by buttresses.

When the chapel was investigated in the middle of the 20th century, archaeologists found signs of a stone bench on the eastern side wall. This bench may have been set within a wooden frame, or case. 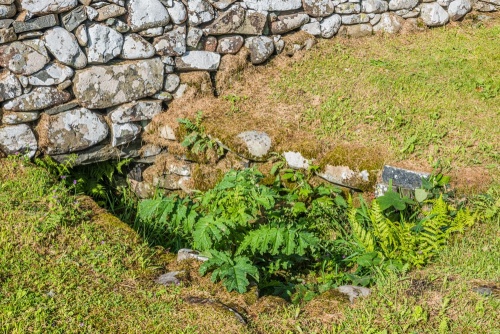 The chapel is entered by a single doorway, which leads to a single cell enclosure. The foundations measure 6.7 x 4.1 metres internally and show signs of external buttressing.

The wall is 0.7 metres wide and up to a meter high in places. The site is enclosed within a drystone wall which may pre-date the chapel, and there is also a well inside the perimeter wall. The well water was traditionally thought to have healing qualities.

The outer wall also enclosed a small priest's house, probably built of timber, and a cemetery.

St Finian's Chapel may date to the 10th or 11th century and may have been built on the site of an earlier chapel. 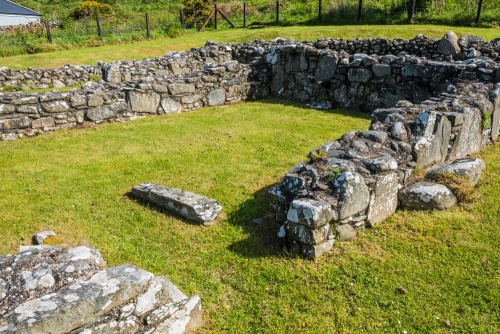 Who was St Finian?

As for Finian himself, he was a 6th-century contemporary of St Columba and may have been a native of Galloway. Some historians believe that the name Finian derives from Uinniau, a 6th-century bishop who helped establish Christianity in south-west Scotland. Uinniau has also been identified as St Ninian, whose cult flourished at Whithorn.

Chapel Finian stands directly beside the A747 coastal road, about half a mile south of its junction with the B7005. Look for the brown tourist signs. There is parking in a layby on the opposite (northbound) side of the road. As you enter the stone-walled enclosure, look right and you will see the old well, set into the ground at the base of the wall. 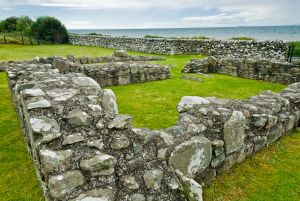 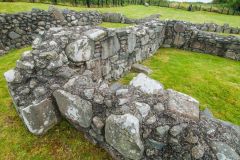 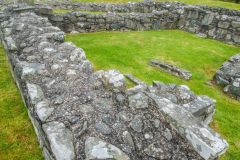 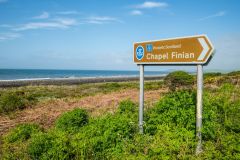 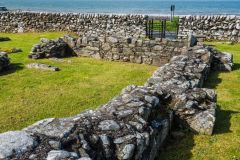 More self catering near Chapel Finian >> 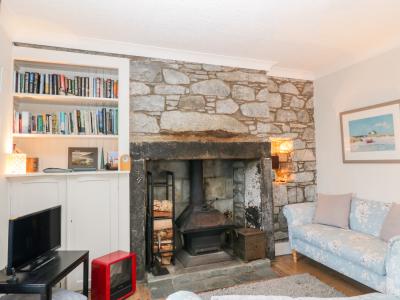 This terraced cottage rests in the coastal village of Port William and can sleep 3-4 guests in two bedrooms.
Sleeps 3

This ground-floor flat rests in Port William, Dumfries and Galloway and can sleep four people in two bedrooms.
Sleeps 4