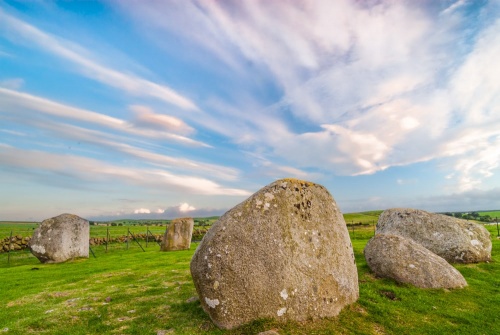 Torhouse Stone Circle is a Bronze Age site composed of 19 boulders, most of which no longer stand upright. The stones are set to form a circle about 60' (17m) in diameter, with three aligned stones in the centre of the circle. These three central stones are traditionally known as King Gauldus' Tomb, a reference to Gauldus, or Galdus, a legendary and probably mythical early Scottish king. Another site associated with Galdus is Cairn Holy, where he is also supposed to be buried.

Beside the three aligned stones is a low heap of rubble that has been suggested as a burial cairn, though it may be equally plausible to suggest that it is simply a heap of stones dumped here from the surrounding farm fields.

Don't come expecting dramatic pillars of stone like Callanish or Stenness! The stones at Torhouse are short, rather lumpy, pieces of granite, ranging in size from just over 2' to about 4'9" in height. The circle was probably erected between 2000-15000 BCE as a religious ceremonial centre. 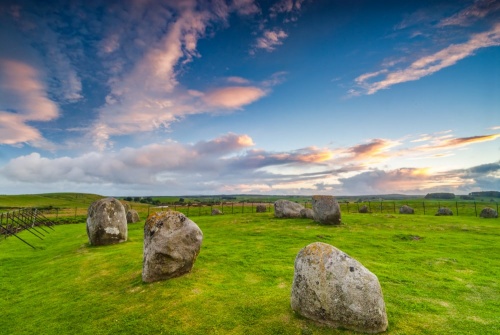 Historic Environment Scotland, who care for the site, note that the style of circle is unusual in this area of south west Scotland, having much more in common with the circles found in the north east, and in south eastern Ireland. 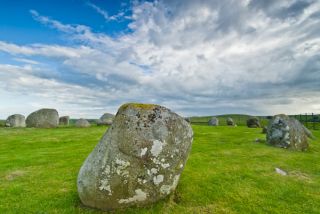 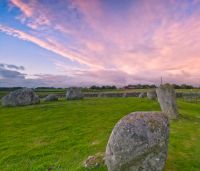 This semi-detached cottage rests in Culmalzie near Wigtown and can sleep four people in three bedrooms.
Sleeps 4 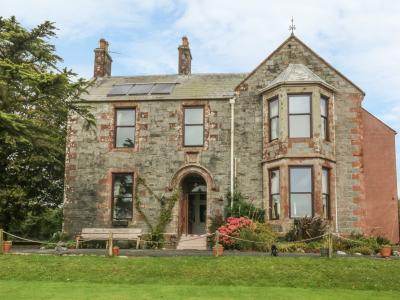 This semi-detached cottage rests in Wigtown, in Scotland and can sleep two people in one bedroom.
Sleeps 2