HERITAGE HIGHLIGHTS:   Remains of at least three churches covering 1400 years overlie each other 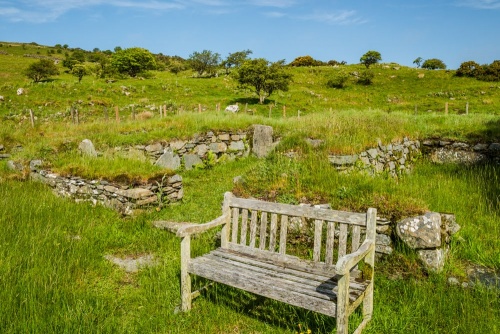 Barhobble is an early Christian site in a secluded rural location near Whithorn, tucked behind Elrig House, the former home of author Gavin Maxwell.

The first building on the site may have been a monastery linked to Chapel Finian on the coast. A much later written record suggests that the monastery was established by Fergus, Lord of Galloway, or his son, Uchtred.

The monastery existed from as early as AD 700 but had been deserted by AD 1000. Sometime around 1050, a timber chapel was built within an oval burial ground enclosure. 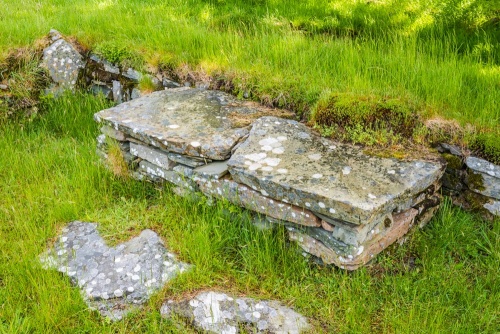 A collection of Norse crosses from this period has been found at Barhobble and it is thought that an ancestor of the Lords of Galloway was buried here. Several of the crosses found during investigations here are preserved at the museum in Whithorn.

The timber chapel was destroyed by fire in the first half of the 12th century. 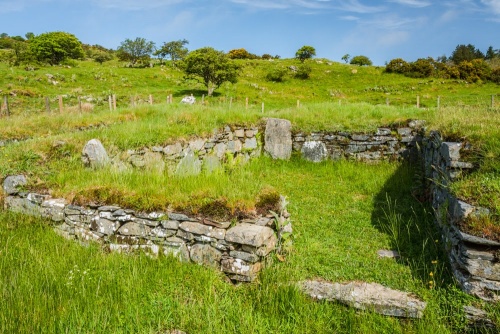 Around 1150 a stone church was built over the earlier burial ground. This simple stone-walled structure was divided into three cells, with a paved floor, and is similar in layout to Chapel Finian. At the east end of the church was a stone altar table, where relics were kept.

Sometime before 1200 the church was partially torn down, perhaps because services were moved to a newer church at nearby Mochrum.

In the early 13th century the church was rebuilt as a simple chapel on a much smaller plan. It may have served as a private chapel for the Mochrum Barony. The west cell may have been used as a residence for the chaplain. 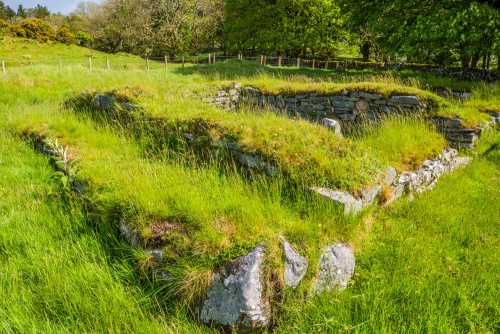 The chapel fell out of use during the 14th century, perhaps due to the upheaval of the Scottish Wars of Independence. Much later, in the 18th century, a cottage with a linked smithy was built just east of the ruined church.

The ruins as we see them today consist of two chambers, or cells, separated by an inner wall, or screen. To the right (east) is an area with a paved floor and a stone altar, while to the left (west) is a larger clay-floored chamber with an external doorway opening. Several turf-covered foundation walls surround the chapel. 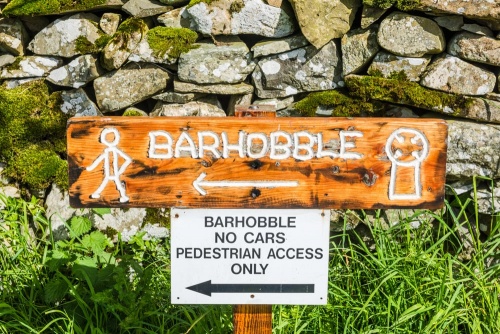 Park at the end of the road in Airylick

Barhobble takes a bit of getting to, but the reward for your effort is an intriguing historical site with remains covering over 1,300 years, set in an idyllic rural location.

From Elrig village take the lane that leads north towards Elrig Loch and Loch Head. Turn left on the drive that leads to Airylick. The road ends in a private drive to Elrig House. There is room for several cars at the end of the road. A very clear sign to Barhobble Church points you down the long, straight driveway. At the end of the drive, another sign points to a farm gate off to your left. 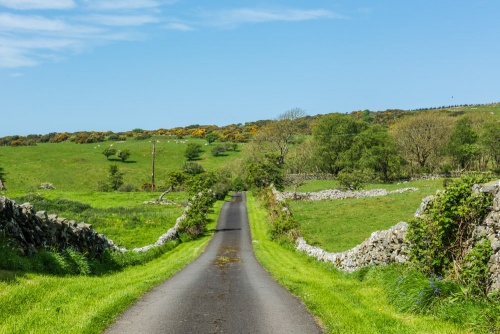 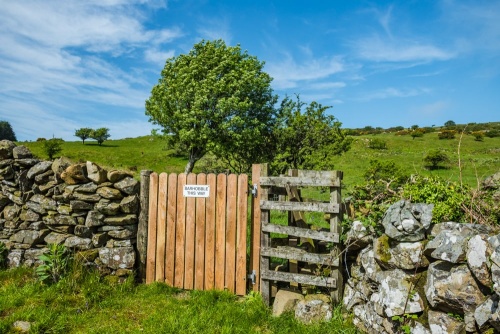 Go through the signposted gate

Go through the gate and follow the signposted trail across the field to another gate. Turn right, following the path north along an overgrown track that leads directly to the church. There is a very useful information panel in front of the church, and a handy bench outside the entrance to sit and rest.

From the parking area to the church is a very easy ten-minute walk.

Be aware that when we visited in spring, the grassy trail was very wet, despite the day being sunny. You will definitely want good, waterproof footwear, not trainers!

More self catering near Barhobble Church

Self Catering near Port William