HERITAGE HIGHLIGHTS:   Is Lochmaben the birthplace of Robert the Bruce? 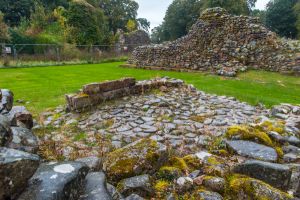 Lochmaben Castle
A late 13th-century castle built by Edward I, on a site near a motte raised by the Bruce family around 1160. Lochmaben is supposedly the birthplace of Robert the Bruce in 1274, though Turnberry Castle has perhaps a better claim.

The Brus (Bruce) family, lords of Annandale, settled near Lochmaben in the late 12th century after their family seat at Anan was flooded. Here they built a rudimentary timber fortification atop a motte, or mound. Robert Bruce 'The Competitor', grandfather of King Robert I, died there in 1295. In 1298 Edward I captured the Bruce castle and strengthened the original timber pele, as part of his efforts to subdue the Scots.

Robert Bruce tried and failed to retake his ancestral home in 1299, and the following year Edward built an entirely new timber pele on the present castle site. The timber pele built by Edward was sacked by the Scots in 1306. Prince Edward, later Edward II, retook it, but the Scots seized it once more in 1333. Once more the English retook the castle and held it until it was captured by Archibald the Grim, Lord of Galloway, in 1384. 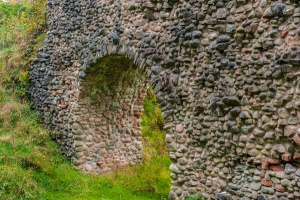 Round-arched opening to the hall

The first recorded mention of a stone castle at Lochmaben comes from 1365, but even then the original wooden fortification was kept up. The Douglases held the castle until they were dispossessed by the crown, and Lochmaben became a royal castle in 1445.

Lochmaben was rebuilt in stone in the late 15th or early 16th century, during the reign of James IV. It was used as a base by James V in 1542, and James is thought to have stayed here before his defeat at the Battle of Solway Moss. Mary, Queen of Scots stayed here in 1565 with her second husband, Lord Darnley. It was then demolished by James VI after a successful siege in 1588.

By the late 17th century it had fallen completely out of use, and stone from the 15th-century fortifications was scavenged for local building projects. It was recorded as ruinous at the end of the 18th century.

The earthworks built by Edward I around 1298 are still visible. These would have been surmounted by a wooden palisade, traces of which can still be seen. Excavations in the outer bailey have unearthed pottery, cooking vessels, and lead smelting hearths, suggesting that the bailey was used as the works yard for constructing the late 14th century stone fortress.

The castle is signposted off the B7020 south of Lochmaben village. access is via a rather roughly surfaced lane to a small parking area. There are several information panels that help make sense of the site, and its history, but when we visited the bulk of the castle ruins were fenced off behind a high steel mesh fence, with warning signs about dangerous masonry.

You can access one corner of the site and wander amongst the ruined foundations, but the largest and most impressive area is off-limits. It looks as though the site has been fenced off for some time, but there was no obvious sign of repair work. 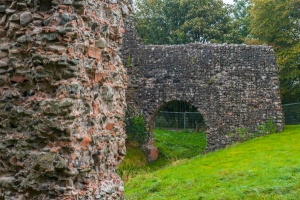 Remains of the hall 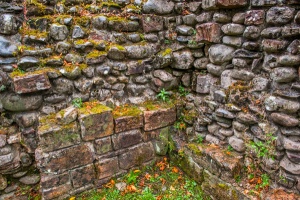 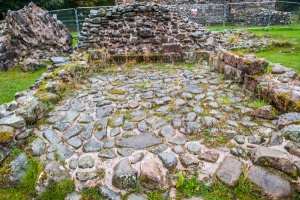 More self catering near Lochmaben Castle >>

The Farmers Inn - 8 miles
Dumfries, Dumfries and Galloway
From: £59.50

A studio stable conversion on the outskirts of Lochmaben in Dumfries and Galloway, Scotland, and can sleep two or three people in one bedroom.
Sleeps 2 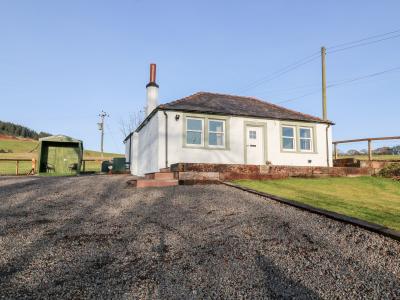 This all-ground-floor cottage rests in Scotland and can sleep four people in two bedrooms.
Sleeps 4