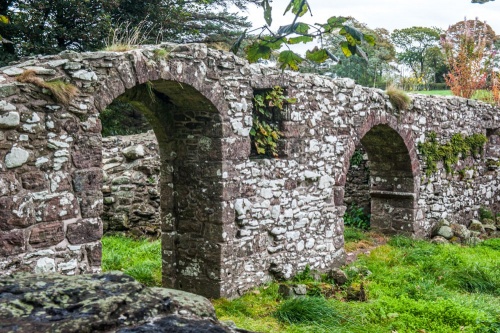 Standing in a secluded location up a country lane are the roofless ruins of Little Dalton Kirk, a 15th-century church incorporating stonework from an earlier 13th-century building. This is one of only three pre-Reformation churches in eastern Dumfriesshire of which any substantial remains have survived.

Little Dalton Kirk served a long-vanished rural crofting community. The inhabitants gradually moved away and the kirk was abandoned to decay in 1633 when Meikle Dalton church became the focus for worship. Today, the only other remnant of Little Dalton village is the ruins of an old mill.

The burial ground that surrounds the church was used for burials for over 150 years, with the last burial taking place in 1788.

The kirk formed part of Holmains, an estate held for centuries by the Carruther family, themselves vassals of the Lord of Annandale. 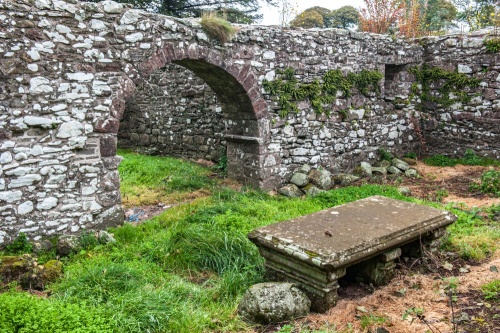 Table tomb inside the kirk entrance

The kirk walls are up to three feet thick at the base, and incorporate a sacristy against the north wall. The church was built on a T-plan with an off-centred north aisle.

Inside the wall is a long stone bench, while outside the entrance is a table gravestone to Dr William Carruthers, who died in 1764. This is one of twenty gravestones still in place. The oldest gravestone is dated 1665.

Dressed strones that once formed part of the chancel arch have been incorporated into a cairn that supports an information panel. 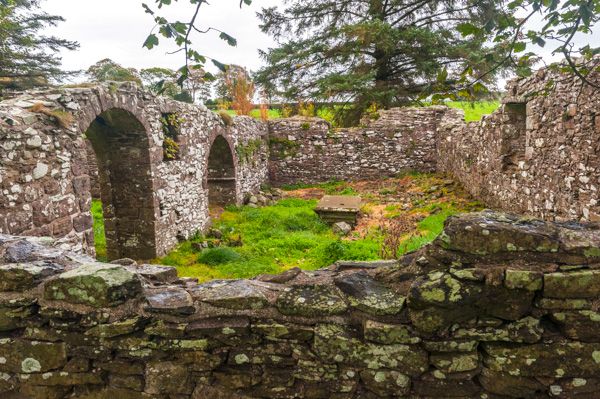 Looking into the church

The kirk was excavated in the 1960s and archaeologists found the remains of a stone altar, fragments of pottery, and a 17th-century copper farthing.

In 2003, the kirk was awarded Â£16,700 from the Heritage Fund to allow the structure to be stabilised and to erect an information panel for visitors. This award was just part of a worldwide effort that raised some Â£35,000 to help create a parking area, fence the property, and build access footpaths. Much of the money was raised through an appeal to scattered members of the Carruthers family. 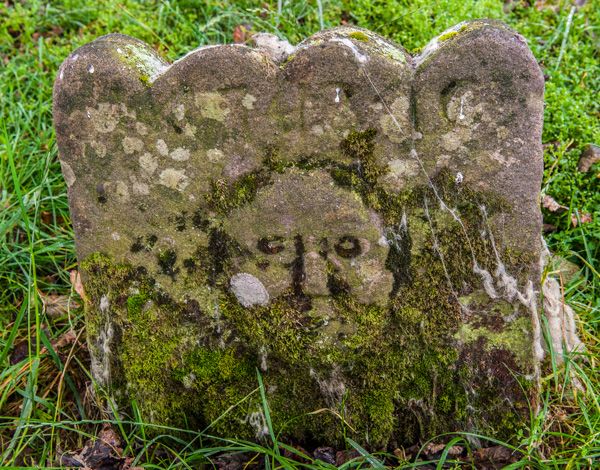 Little Dalton Kirk is on a minor road about one mile west of the B7020. From Dalton village, head north in the direction of Lochmaben and turn left onto the minor road leading towards Cleughbrae. After one mile, turn right onto the lane heading north towards Kirkhill. The church is three hundred yards ahead on your left. 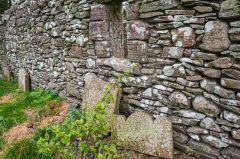 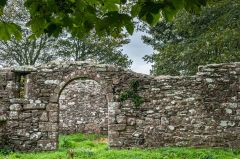 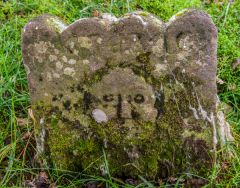 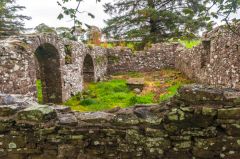 The Eskdale Hotel - 18 miles
Langholm, Dumfries and Galloway
Stay from: £48.00