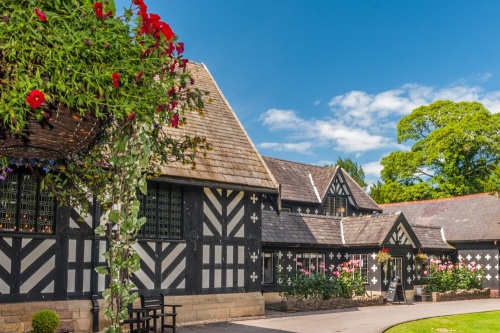 An exceptional 14th-century timber-framed manor house on the banks of the River Ribble. The first house at Samlesbury was built by the D'Ewyas family sometime prior to 1300. That house was sacked and burned by Robert the Bruce and his invading Scots after the Battle of Bannockburn in 1314.

Sometime after 1320, Alice D'Ewyas married Gilbert de Southworth, a nobleman from Warrington. About 1325 the first great hall was begun, the oldest part of the current building. In 1678 the Hall was purchased by Thomas Bradyll, who also owned the nearby Conishead Priory estate.

The Hall passed through several hands, and at one point served as a boarding school for girls, until in 1862 it was purchased by Joseph Harrison. Harrison was a friend of author Charles Dickens, and Dickens is known to have stayed at Samlesbury on at least one occasion. Harrison fell deeply into debt due to his lavish lifestyle, and rather than face the social ignominy of bankruptcy and financial ruin, he shot himself in 1878.

You might think that Harrison's ghost would haunt the Hall, but actually, the resident ghost is said to be the spectre of 'Lady Dorothy', probably Lady Dorothy Southworth, born sometime around 1525-30. Lady Dorothy is sometimes known as the White Lady of Samlesbury. The story behind the haunting follows a familiar pattern; Lady Dorothy's family was staunchly Catholic. She met and fell in love with a young man whose family was fiercely Protestant. 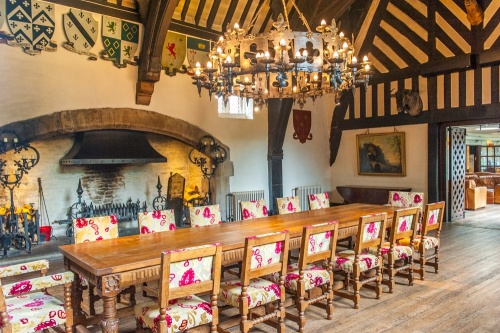 Neither family would countenance such a match, so the couple made plans to elope. However, Lady Dorothy's brother found out about the affair and lay in wait for the groom and a friend who was helping him. He killed the pair with his sword and hid the bodies.

Lady Dorothy was sent away to a foreign convent, where she went insane and died of a broken heart. Since then her spectre is said to haunt the Hall, waiting for her lover who never comes.

Could there be a morsel of truth in this rather Gothic tale?

Apparently, a pair of skeletons were found some years later during renovations near the chapel. Were these the unfortunate Lady Dorothy's lover and his friend? We shall never know, but many visitors have reported seeing the White Lady of Samlesbury over the years.

As for the Hall, it is one of the finest examples of a timber-framed manor house in Britain. The timber framing is decorated with striking quatrefoils, and the walls are made with wattle and daub infill. The main rooms include a long gallery, minstrels gallery, and chapel. The house consists of a 15th-century hall and south range added roughly 1545. In the chapel is a small Roman altar, which may have been found on Mellor Moor.

The Hall was in danger of being torn down in the 1920s when it was rescued by a local group who set up a charitable trust to administer the estate and keep the house open to visitors. Today the Hall is a museum and gallery area, and a multi-purpose function venue. The hall is generally open daily except for Saturdays, but please check current details before visiting. 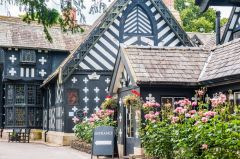 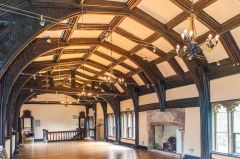 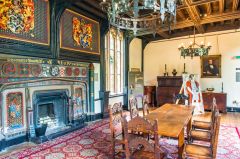 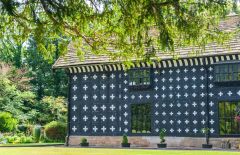 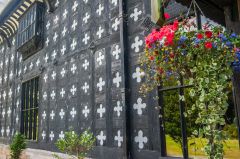 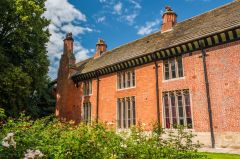 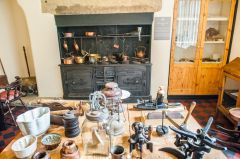 More self catering near Samlesbury Hall >>