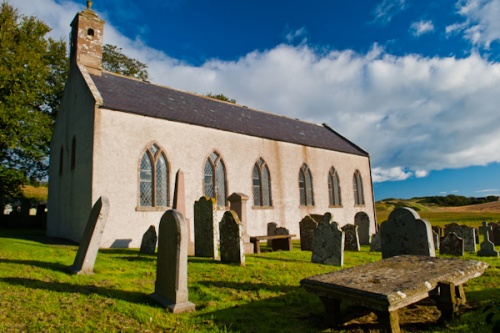 On the edge of a secluded farm field, looking out over the North Sea stands the simple whitewashed Old Church of Kinneff, half-forgotten, and no longer used for regular worship.  It is hard to imagine that this lonely building was the scene of one of the most important events in the history of Scotland. For Kinneff Old Church was where the Honours of Scotland were hidden for 9 long years during the turmoil of Cromwell's Commonwealth. 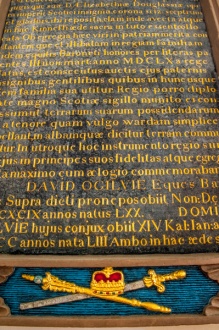 More than just jewellery, the Honours represent the spirit of an independent Scotland, and as such, were a vitally important symbol of the Scottish nation.

In 1651 Oliver Cromwell led an army into Scotland, seeking to defeat supporters of Charles II. One of Cromwell's aims was to seize the Honours. To prevent the Honours from falling into Cromwell's hands, Parliament ordered them to be moved to Dunnottar Castle, south of Stonehaven, Aberdeenshire.

In September 1651, Cromwell's army, led by General Overton, besieged Dunnottar, and it seemed unlikely that the castle would be able to hold out against the armed might of the English.

The commander of the Dunnottar garrison was Sir George Ogilvy of Barras. When he realised that the castle was doomed to fall to the English, Ogilvy, his wife, and her close friend Mrs Grainger, the wife of the minister of Kinneff, devised a plan to save the Honours.

Now the story gets tricky, for we have two different versions to choose from. In one version of the tale, the Honours were lowered over the castle walls in a basket, to an old woman gathering seaweed by the shore. She hid the regalia in her creel, under layers of dulse, and smuggled them through the English lines. According to another version of the story, Mrs Grainger herself smuggled the Honours out of the castle as she was allowed to bring bundles of flax through the lines.

However the Honours were spirited away under the noses of Cromwell's men, they now had to be hidden. Mrs Grainger took the Honours to her husband, Rev James Grainger, at Kinneff, and together they wrapped the regalia in linen cloth and hid them under the floor of the church, the crown and sceptre near the pulpit, and the sword in a second hole near the west wall.

Every three months the Graingers dug up the Honours and aired them out before a fire, to prevent damage from damp and mould. Throughout the 1650s the English army searched in vain for the Honours, but they never found them.

In 1660 Cromwell died, and Charles II was restored to the throne in London. The Honours were dug up and returned to Edinburgh Castle. There they stayed until 1707 when the Scottish Parliament was dissolved as a result of the Union with England. 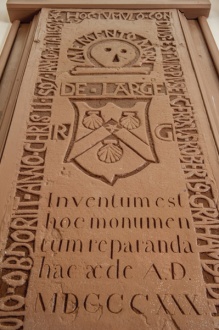 The Honours were locked in a chest in the Crown Room, and forgotten for over a century. In 1817 novelist Sir Walter Scott obtained a warrant to break open the chest, and the Honours were rediscovered. Since that time they have been on display at Edinburgh Castle.

The Old Church at Kinneff is not the same church that Rev Grainger and his wife would have known. The original church here dates to 1242, but in 1738 that medieval building was completely rebuilt, leaving us the building we see today. Perhaps only the west wall is the same that the Graingers would have known.

Throughout the 20th century the church gradually fell out of use and was in danger of decay when it was rescued by a local charity set up to preserve it in honour of its special place in Scottish history.

The interior has been beautifully restored and houses a display area telling the story of the Honours and the church itself. There is a glass display case with replicas of the Honours of Scotland. Against the west wall is the original memorial of Rev Grainger, set within a larger and more modern memorial with the Scottish crest.

Set against the north wall are further memorials, including one to James Honyman, rector of Kinneff from 1663 until 1693. Honeyman was the brother of the Bishop of Orkney and of the Archdeacon of St Andrews. There is another monument to Sir George Ogilvy of Barras, who commanded the Dunnottar defences.

The church is located over a mile from the village of Kinneff, by the shore, but it is very well signposted from the A92 coastal road. The church is open daily.

There is something very poignant about Kinneff Church. Perhaps it is that it seems so tucked away, almost forgotten. Yet in this quiet rural setting passed scenes of historic drama; you can imagine the scene in your mind's eye; the Rev Grainger and his wife secretly digging up the Honours in the dead of night, airing them before a fire, and quickly reburying them before they could be discovered. It is well worth a visit for a glimpse into one of the most fascinating stories in Scotland's history. 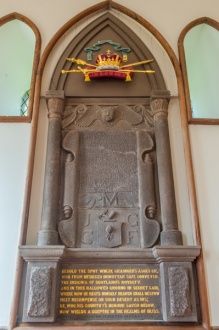 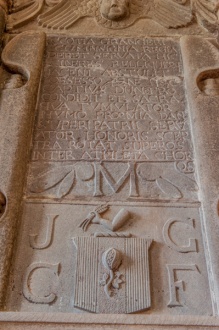 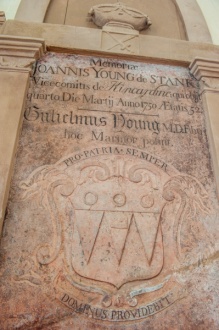 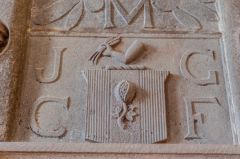 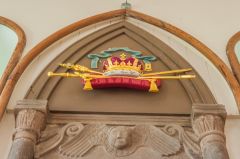 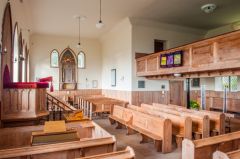 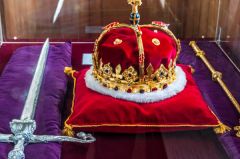