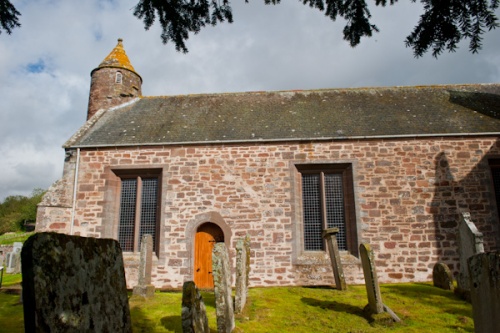 The church of St Ternan was dedicated in 1242 and is one of the most complete medieval churches in the north east of Scotland. The chancel, and possibly part of the nave, survive from that 13th-century building. The west belltower was added by Sir Robert Arbuthnott of that Ilk in 1500.

Sir Robert also added the fascinating two-storey burial aisle built onto the south side of the church. The Aisle was intended as a private chapel for the laird's family. Within the aisle is a tomb chest thought to be the final resting place of James Arbuthnot (d. 1521).

This tomb is confusingly topped by a stone effigy of a much earlier date. This is possibly Hew le Blond a 13th-century ancestor of the Arbuthnott family. Sir Hew is shown with a small dog at his feet.

The Arbuthnott Aisle is also known as St Mary's Chapel because the lower floor was used as a chapel dedicated to the Virgin Mary. It was at Arbuthnott in 1491 that an illuminated manuscript known as the Arbuthnott Missal was written. This 244-page missal was written by the parish priest, James Sibbald, and is beautifully illustrated with elaborate borders and capitals. The Missal is now held in Paisley Museum.

Near the pulpit is a worn coffin slab that may have covered Sir Hew le Blond's original grave. This slab has a cross, a sword, and a pair of blank shields. The slab was used for many years as a doorstep to the kirk! 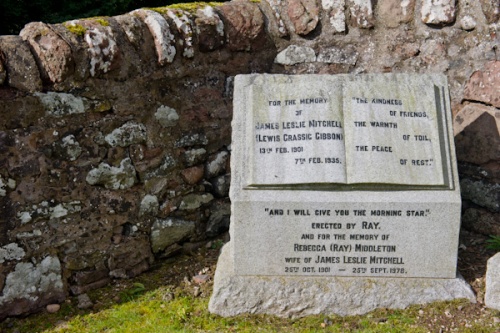 There are many interesting tombstones in the churchyard, some dating to the 17th century, and many bearing carvings of items used by tradesmen during their lifetimes. However, the most famous grave for modern visitors is that of Lewis Grassic Gibbon, which can be found in the south-west corner of the burial ground.

Gibbon was born James Leslie Mitchell. He was raised in Arbuthnott and drew heavily on his experiences here in his famous trilogy 'A Scots Quair', where he called Arbuthnott Church the Kirk of Kinraddie. A museum in the centre of the village traces his life and work. 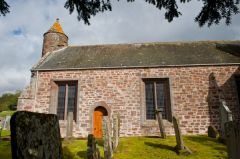 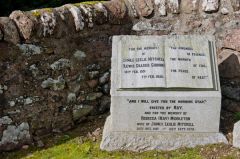 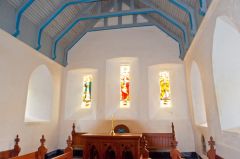 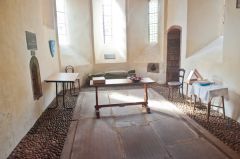