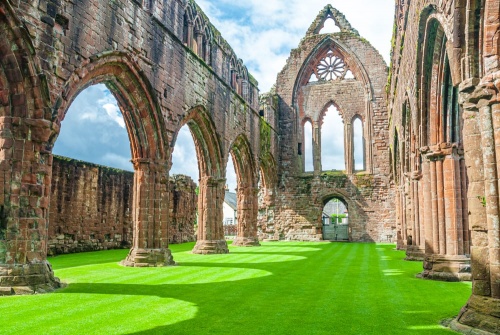 The name of this wonderfully atmospheric ruined abbey tells you a lot about its history. Sweetheart Abbey was founded in 1273 by Lady Devorgilla of Galloway, the widow of John Balliol, one of the most powerful noblemen of his day. When Balliol died in 1268, Devorgilla had his heart embalmed and placed in an ornate ivory casket, which she carried with her wherever she went for the next 22 years.

Devorgilla initiated numerous charitable acts in Balliol's memory. One of her acts was to provide funds for a new Cistercian abbey in her husband's memory, which was named Dulce Cor, the Latin for 'sweet heart'. The new abbey, founded in 1273, was the last Cistercian monastery to be established in Scotland. The monks of the new abbey came from Dundrennan Abbey, further west along the Solway Firth.

In 1289 Devorgilla died and was buried before the high altar of the abbey church that she had founded. Her husband's heart casket was buried with her, clutched to her bosom (or, buried beside her depending on which version of the story you prefer). So Sweetheart Abbey is at the same time a monument to both human and divine love and a testament to one woman's lasting affection for her husband. 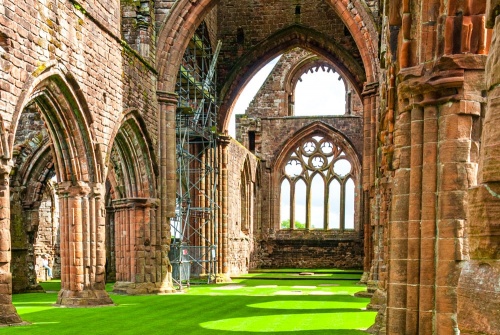 In 1300, while construction on the abbey was still being finished, Edward I of England used it as a base for his military campaign in Galloway. The wars that followed over the next five decades left the abbey in poor condition; the Bishop of Galloway recorded the monastery as notorious for its poverty. But things were about to change for the better, and the man responsible was Archibald the Grim, 3rd Earl of Douglas and Lord of Galloway. The Earl gave funds to rebuild the abbey, and much of what we can see today we owe to his generosity.

The setting is wonderful; the red sandstone ruins are marvellously appealing, and many of the walls still stand to a very great height. The abbey is not large, but the abbey church is in a very good state of preservation, though many of the surrounding monastic buildings have disappeared. The presbytery windows show lovely tracery, and the west front is in good repair. In the south transept is an effigy of Lady Devorgilla, holding her husband's heart casket to her chest. This is not the original effigy, but a 16th-century version created after the original was destroyed at the Reformation. The site of the Lady's tomb can easily be seen below the site of the high altar, marked by a stone slab. The other highlight of the abbey is the precinct wall, one of the most complete in Scotland. 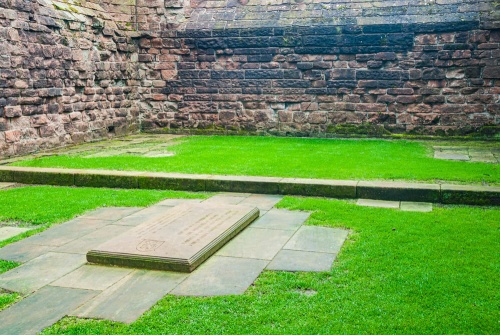 A short stroll through the village brings you to another Historic Scotland property, New Abbey Corn Mill, a restored 18th-century mill. 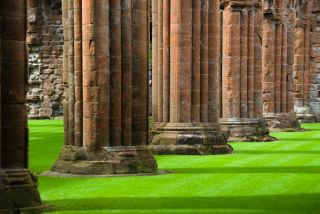 More self catering near Sweetheart Abbey >> 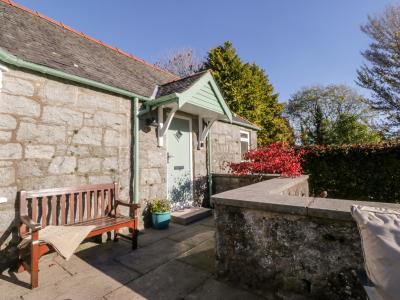 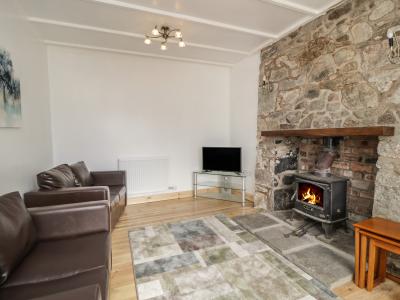