The End of the Victorian Era 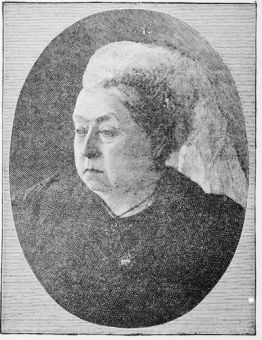 Queen Victoria, 1837-1900, from a photograph by Bassano
Queen Victoria's Diamond Jubilee
Until the accession of Queen Victoria, the longest reign in our history had been that of her grandfather, King George III, which had covered a period of sixty years. During the last ten of those years he had suffered a living death and had taken no part in public affairs. Queen Victoria had reached her eighty-second year when she died with faculties unimpaired and in the enjoyment of a popular loyalty which had perhaps never been higher. The celebration of her jubilee, the fiftieth year of her reign, thirteen years before, had been the occasion of great public enthusiasm; and it had been used to assemble together from all parts of the empire such a gathering of her subjects as had vividly impressed the people of England with the sense of imperial splendour. That impression had been more than confirmed ten years later by the celebration of what was called the Diamond Jubilee. The pageantry of these great functions appealed to the general imagination, and perhaps did more than any amount of reasoned discourse to give life to the new spirit of imperialism - a sense that the British Empire is something more than a number of red spots on a map. That consciousness was still further vitalised when the South African War displayed the deep-seated devotion of the dominions overseas to the British flag. The Great Queen died before the war-cloud was dispersed, while the future of one great section of her vast dominions was still gloomily uncertain; but she had lived to see the old indifferentism pass, and to know that her empire was united as it had never been before.

The Impact of Victoria's Reign
When she came to the throne the Crown had lost its hold on the affections of the people; it had been her task to regain for it the loyalty of the nation. She had made no attempt to recover for it the powers of control which had passed for ever to parliament, but she created for it a moral influence which remains a vital factor in the national life. Her personal withdrawal from public functions after the death of the Prince Consort diminished for a time the ornamental value of the monarchy; but even when she was least before the public eye her ministers relied upon her apolitical sagacity, and her judgment influenced the councils of the monarchs of Europe. England has known four queens regnant in the course of a thousand years; it is noteworthy that the reigns of three out of the four have covered some of the most conspicuously brilliant periods of the national history. Queen Anne indeed can claim little credit for the glories of her age, but Elizabeth and Victoria both stand beside and perhaps above the greatest of all our kings.

Gladstone's Legacy
Less than three years before Queen Victoria died Mr. Gladstone, who had first entered parliament five years before the queen's accession. He attained Cabinet rank in Peel's ministry fifty years before he formed the last administration of which he was himself the head. For very nearly thirty years he was the acknowledged chief of one of the two great parties, at least if we disregard his temporary abdication during Lord Beaconsfield's rule. In the last three years of his life he had only once been stirred to public utterance, and sufficient time had elapsed for his political opponents to discover in him virtues previously unsuspected. Endowed with an extraordinarily persuasive eloquence, an extreme intellectual subtlety, and an intense moral fervour, he applied ethical standards to political life with a surprising courage which it would be difficult to parallel. Like his master Peel, he spent his life in assimilating one after another ideas to which he had at first been strongly antagonistic.

His weakness lay in that excessive intellectual subtlety which made it easy for him to persuade himself that what he had come to regard as morally right was demonstrably expedient, and that what he realised as expedient was war­ranted by the highest moral sanctions. But whatever judgment future genera­tions may pass upon his wisdom or upon his powers of self-deception, it will always be recognised that he imported into politics an insistence upon the doctrine that the highest morality is also the highest expediency, which has given him a unique position among the practical politicians of history.

Tennyson
Six years earlier passed away his great contemporary, Alfred Tennyson. It may well be that future ages will not recognise Tennyson as the greatest literary figure of his time in England; but this is certain, that he will always be the poet most representative of the Victorian Era. A consummate artificer in verse, his merely technical skill would give him high rank among the poets of any age; he taught to lesser men a style which made his own age peculiarly rich in minor poets, imitators of the master, who learnt to dress thoughts which did not rise above the commonplace in dainty and musical phrases. As distinctively as Pope he was the typical poet of his own day, not because he was a particularly profound thinker or a particularly deep student of humanity, but because he gave an almost perfect expression to the prevalent philosophy and the prevalent ideals of the time.

All the three great figures which have just been described were representative of the transitional period which politically was that of the passage from oligarchy to democracy. The arrival of democracy, the acquisition of political power by the hitherto unenfranchised masses of the community was the essential change attained in the closing years of the nineteenth century, and the great problem now becoming of vital importance was how those newly enfranchised masses would organise themselves.

One thing was certain, that for a hundred years past they had ceased to acquiesce in the existing distribution of the wealth of the community. They did not recognise the justice of the principles on which that distribution had been arrived at by practically unmitigated individual competition. They did not accept the theory that to disturb that distribution was an unwarrantable interference with the sacred rights of property. But for half a century the more intelligent of them, those who were employed in trades which required skill and intelligence, had been learning to organise themselves, and their leaders, the men who had organised them while they were still unenfranchised, were no revolutionaries. They relied upon combination to secure a gradual rise in wages, a gradual diminution in the hours of labour.

Trade Unions
But a prolonged period of trade depression set in not long after the trade unions won their legal recognition in 1875. The result was that wages fell instead of rising, and the unions repeatedly found themselves unable to hold their own when they challenged conflicts with the masters. The result again was discontent on the part of large numbers of the working men with the acquiescent attitude of the trade union leaders, and that "new unionism" developed which not only called for much more aggressive action outside the legislature, but also demanded active state intervention; not as in the past to secure liberty of action for the workman, but to impose restrictions upon the employer.

Labour in effect was to fight to obtain actual control of the materials and methods of production. In other words, the definitely socialistic doctrine that the democratically governed state, not private individuals, should own and control the materials and methods of production in the interests of the workers, began to challenge the old individualism on which the old unionism rested; the individualism which professed at least to desire nothing more than the right of unfettered combination for the workmen. As yet, however, socialistic doctrine was confined to a small though exceedingly active section; the old leaders still in the main held their own.
<< The Second Salisbury Administration - 1895-1902 - End of Victorian Era - Joseph Chamberlain and the Free Trade Debate >>