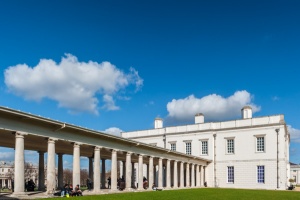 The first and greatest of English Renaissance architects, Inigo Jones was an unlikely candidate to change the landscape of British style and design. Yet this self-taught son of a Smithfield clothmaker had an enormous effect on the course of British art and architecture.

He had none of the advantages of birth, influence, and education possessed by his successors, such as Christopher Wren, yet this man with the unusual name rose to the post of Surveyor-General of the King's Works on the basis of his enormous talent, and in the process changed history.

It is thought that Jones visited Italy twice, once in his late 20's, when he attended theatre events at the Medici court in Florence. This helped prepare him for his first major post at the court of James I, where he designed stage settings, costumes, and decorations for court masques.

Later, Jones was taken up by the influential art collector Lord Arundel, who sent him to Italy and France in 1613 to find new works of art. Jones spent a year and a half travelling and studying Roman classical architecture and the more modern European Renaissance attempts to copy it. He was especially taken by the work of the influential Italian architect, Andrea Palladio. 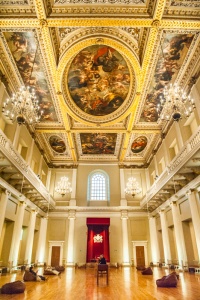 His budding talent was recognized, and in 1615 Jones was elevated to the post of Surveyor-General under James I. This placed him in charge of planning and building royal architectural projects throughout the realm. Now it was time for Jones to put all his study to work.

It is unfortunate for Jones, and for us, that for the rest of his tenure as Surveyor-General, Parliament was very tight with the purse strings. Jones is only known to have undertaken about 40 works for the crown, and very few of these have survived unaltered. The first major project Jones undertook for the king was Queen's House, in Greenwich.

The house was begun for James' queen, Anne of Denmark. However, Anne died soon after building started, and the project was put on hold for almost 15 years before being finished for another queen, this time Henrietta Maria.

Modelled on an Italian palace, Queen's House may appear plain to a modern eye, but at the time it caused a sensation.

Even more successful was Jones' next major commission, Banqueting House in Whitehall. The building was part of an extensive palace remodelling planned at Whitehall, but much of the plans were later scrapped.

Banqueting House was intended to be a setting for formal banquets and court masques, and it was based on the design of a Roman basilica. The upper hall is built to a "double cube", that is 110 x 55 x 55 ft., and classical orders are used in both exterior and interior. The building was for many years the home of the Imperial War Museum, though now it has been restored to its original purpose as a venue for state occasions. 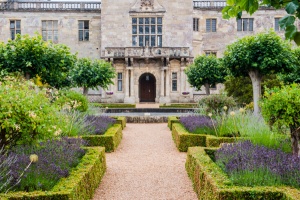 Inigo Jones was also called upon to do ecclesiastical work, the most famous of his designs being Queen's Chapel at St. James Palace (1623-25), and his restoration work on old St. Paul's Cathedral. The former building is now Marlborough House Chapel, but the latter was lost entirely in the Great Fire of London.

The other famous project in which Jones was involved was the ambitious Covent Garden. Here he was commissioned by the Duke of Bedford to build a residential square along the lines of an Italian piazza.

The Duke felt obliged to provide a church, though he cautioned Jones that he wanted to economise. He told his architect to simply erect a "barn". Jones' oft-quoted response was that his lordship would have "the finest barn in Europe". Sadly, little remains of the original church, and the square has been remodeled several times. For many years it served as London's chief produce market, though now it is given over to very trendy shopping.

For many years Jones was thought to have been responsible for the work at Wilton House, Wiltshire. This is now believed to be the work of his pupil and nephew James Webb. Many years later the Italian influence that Jones introduced to Britain was revived by Lord Burlington and the Palladian movement. Inigo Jones died in 1652.

This king was the first Plantagent to be buried in England


His father and brother were buried at Fontevraulx Abbey, in France