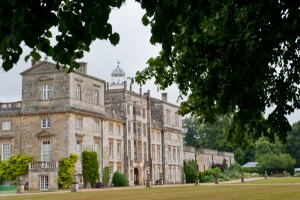 Wilton House, located just outside historic Salisbury, ranks among the elite of British stately homes. The 21 acres of gardens and park surrounding the house offers a superb setting to the house, one of the premier examples of Palladian architecture in Britain.

The site now occupied by Wilton House was in use as early as the 9th century when King Alfred, he of griddle-cake fame, established a nunnery here. Three centuries later a Benedictine abbey replaced the earlier nunnery, and the current house largely echoes the monastic layout.

The abbey, in turn, was disbanded by Henry VIII in the Dissolution of the Monasteries. Henry gave Wilton to William Herbert, one of his most influential Welsh supporters. William was the husband of Anne Parr, sister of Queen Katherine Parr. In 1551 William Herbert was created Earl of Pembroke, and the Herbert family still reside at Wilton. 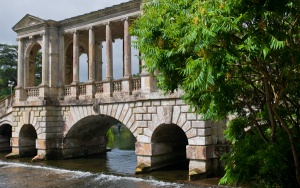 The 1st Earl rebuilt the monastic buildings to create an imposing manor of four wings around a courtyard, with impressive corner towers. Under the influence of the 2nd Earl and his wife, Mary Sidney, Wilton became a centre for the arts, with an 'academy' of painters, sculptors, musicians, writers, and actors congregating here.

The first great transformation of Wilton took place in 1632, when Isaac De Caus extended the gardens with a variety of water features. The house was originally intended to grow to the impressive dimension of the gardens, but a downturn in family fortunes meant that the house plans were scaled back. Around 1633 the 4th Earl of Pembroke created a new south front with state rooms, on the advice of King Charles I.

The design included royal apartments and was a combined effort of Isaac de Caux, Inigo Jones, and Jones's son-in-law John Webb. The south front is now our best historical evidence for how the long-vanished interiors designed by Inigo Jones from Greenwich, Somerset House, and Whitehall may have looked. 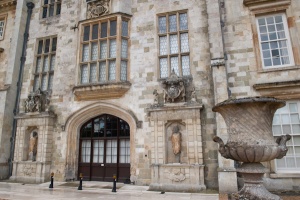 The house renovations were completed in 1647 by architect John Webb, the architect of the Royal Naval College, Greenwich. It is to Webb that Wilton owes the marvellous Estate Rooms, and the Double Cube Room, a magnificent example of country house architectural ideals realized. The Double Cube Room is unique in that the height of the room is exactly twice its length and width.

Almost overlooked beside the Double Cube Room is the Single Cube Room, where the width, length, and height of the chamber are equal. Taken as a whole, the work of Webb at Wilton must be recognized as the most impressive early Palladian architecture in England.

Further rebuilding took place in the 18th century, notably by the 8th and 9th Earls (the 'Architect Earl'), to give Wilton House the style it has today. The 8th Earl's efforts were aimed at creating a stage to show off his remarkable collection of artwork and sculpture gathered during his travels in Europe.

The final remodelling of Wilton took place in the 19th century under the direction of Countess Catherine and James Wyatt. Wyatt's work has received mixed reviews at best; certainly, the 11th Earl was not impressed, for he fired Wyatt. The Countess took over the work herself, with the aid of Mr Fisher, a builder from Salisbury. This formidable and talented lady helped give Wilton the look it has today. 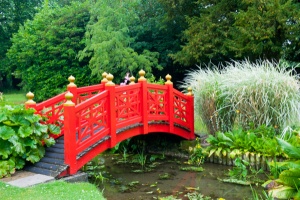 Chinese bridge in the Oriental gardens

Over the centuries, each member of the Herbert family has put his individual stamp on the house yet through the generations there has been an overriding thread of artistic and architectural leaning in the family which has resulted in the magnificently adapted and beautifully preserved Wilton House that we can all enjoy today.

Perhaps the most impressive area of the house is the Upper Cloister, a long sunlit corridor designed to show off the 8th Earl's Roman classical sculpture. Other notable rooms include the ornate King's Bed Chamber, designed for Charles I (he never slept in it, as the Civil War and a chopping block intervened), the King's Dressing Room, and the King's Closet.

Since 1551, Wilton House has remained in the Herbert family and is today, although open to the public, still the private home of Henry Herbert, the 17th Earl of Pembroke and his family. 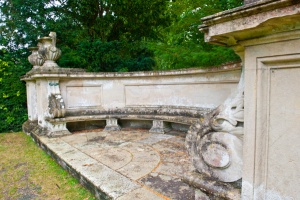 Perhaps the most famous architectural feature of Wilton House is not in the house at all, but a short stroll away in the grounds. It is the Palladian Bridge across the River Nadder, designed around 1736 by the 9th Earl of Pembroke himself, and one of the most influential examples of 18th-century country house design.

It was based on the unexecuted design of Italian Renaissance architect Andrea Palladio for the Rialto Bridge in Venice and combines the bridge with aspects of classical Roman temple design.

Among other features in the garden is the Whispering Seat, a semi-circular bench so designed that a whisper into one corner can be heard in the other corner of the seat, but cannot be heard outside the seat. Nearby is a relatively new creation, the water garden, a lovely Oriental garden area with linked ponds and 6 arched Chinese style bridges. Also nearby is a small rose garden.

Wilton House is a stunning stately home set in lovely grounds. It deserves its place as one of the finest of English stately homes. While visiting Wilton House, take the time to stroll into Wilton town centre, where you will find the redundant medieval church of St Mary, and the astonishing Victorian Italianate church of St Mary and St Nicholas.

Wilton House is a member of the illustrous Treasure Houses of England, comprising the most prestigious stately homes in England.

ACCESSIBILITY
Wilton House is fully accessible to wheelchair, and accessible toilets are available in the Visitor Centre and beside the restaurant.

More self catering near Wilton House