Myths and Legends of Britain 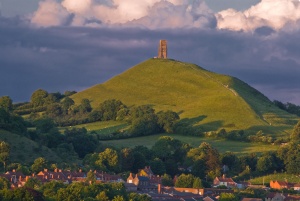 England, Scotland, and Wales are replete with ancient legends, myths so old their origins are lost in the mists of time. Legends of warrior kings, noble outlaws, and stirring deeds.

In this section of Britain Express, you will learn about some of these legends, and find out where to go to see some of the (presumed) sites where these mythical characters lived and died. And you can decide for yourself if, just maybe, there is truth behind the myths ...