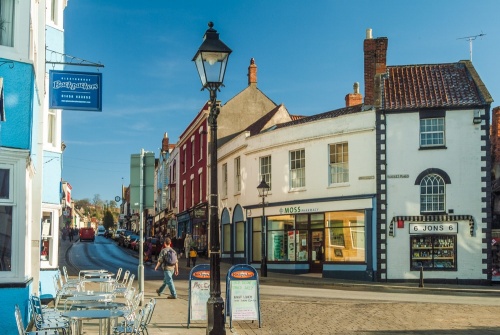 There may be no other location in the British Isles with quite so many mystical legends and spiritual speculation attached to it as this ancient market town. Part of the mystique is a result of geography; the striking shape of Glastonbury Tor rises above the nearby Somerset Levels like a beacon, topped with its solitary medieval tower.

The Tor is a striking landmark, visible for miles in all directions. To see the Tor rising above the mists that cover the Levels in the early morning is a visual treat.

It is hard to imagine it today, but hundreds of years ago Glastonbury was an island; the sea covered the Somerset Levels, creating a world of marshes and small hillocks that rose above the water level. The largest of the hills was that upon which Glastonbury was founded.

According to which myth you believe, Glastonbury was founded by St Patrick, or, even earlier, by Joseph of Arimathea, who was granted land here by a local king. The tale goes that Joseph brought with him the Holy Grail, which was buried with him in a secret place when he died, and there it waits to be discovered. 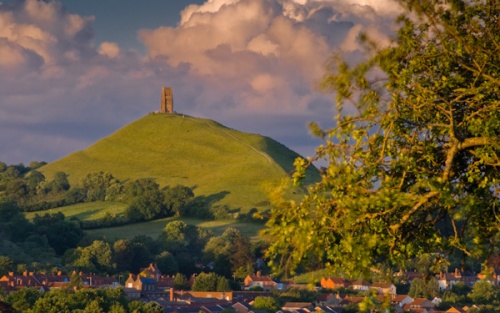 Also waiting is King Arthur, who, if the legends are to be believed, is buried with his queen, Guinivere, in the ruins of Glastonbury Abbey. The Abbey is located off Magdalene Street, and offers lovely grounds with excellent views of the Tor. In the Abbey grounds is the Abbot's Kitchen, a striking medieval building that survived the Dissolution of the Monasteries largely unscathed.

On the High Street are two buildings of note; the Tribunal, which now houses the local Tourist Information Centre, and the George Hotel. The latter was built to act as accommodation for pilgrims during the Middle Ages.

From the High Street, a town walking trail is laid out, with plaques at points of interest along the way. A short walk leads to the Somerset Rural Life Museum, which is housed in a huge stone building that was once a barn for Glastonbury Abbey. The size of the barn gives some clue to the prosperity of the Abbey during the medieval period. 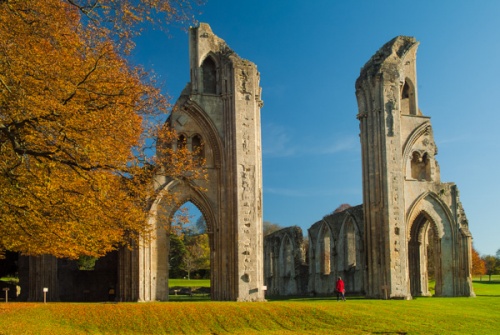 If you continue on past the Rural Life Museum you will soon reach Chalice Well, at the base of the Tor. This peaceful oasis of gardens and winding paths is owned by a private trust. There is, naturally, a legend associated with the Chalice Well.

The waters of the well have a distinct reddish tinge, and the story goes that this red colour is the blood of Christ. The scientific explanation is that the water has a high iron content, and it is this that accounts for the colouring. Many people bring containers to fill from the waters of the Well.

A few yards from the Chalice Well a public footpath leads up Glastonbury Tor, which has long been identified as the mystical Isle of Avalon, where King Arthur was said to have been taken to rest until his country needed him.

As you ascend you can clearly see the signs of medieval terracing; ledges cut into the slopes of the Tor. One legend says that the terracing forms a spiral to the summit, or a maze, which, if you follow it consciously to the top, will act as a source of spiritual inspiration.

At the top of the Tor is a St. Michael's Tower, all that remains of a medieval chapel on this spot. The views are truly wonderful; if the weather is clear the Mendips are easily visible, as are the towers of Wells Cathedral a few miles away, and further to the west the expanse of Exmoor National Park.

If you have the time, walk out onto the Somerset Levels to get a really good view of the Tor. For an equally striking view, visit Wearyall Hill on the south-west outskirts of Glastonbury. Here you will see a thorn tree, said to mark the spot where Joseph of Arimathea came ashore on his arrival in Glastonbury. The current thorn often has offerings hanging from its branches, the contribution of modern pilgrims. 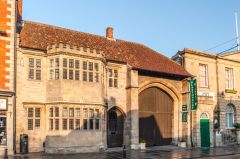 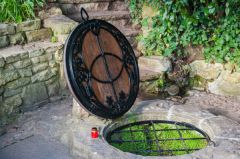 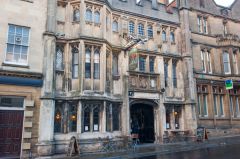 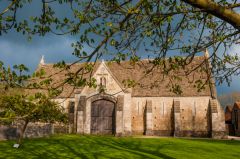 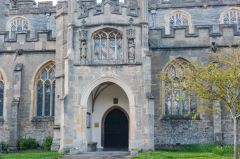 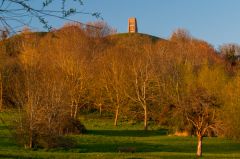 More self catering near Glastonbury

More bed and breakfasts near Glastonbury

Self Catering near Glastonbury