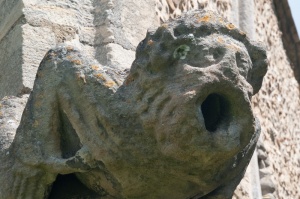 What is a gargoyle?

By definition, a gargoyle is a carving which projects out from a wall, the purpose of which is to drain rainwater away from the wall. Given their utilitarian purpose of water drainage, gargoyles generally have a pipe projecting through the carving itself.

Rainwater funnelled towards the pipe by a system of channels or pipes would flow through the pipe, exiting from the gargoyle's mouth a foot or two away from the line of the wall, rather than running straight down the wall and eating away at the building foundations. Gargoyles are primarily, though not exclusively, seen in ecclesiastical architecture.

When were gargoyles used?

Gargoyles as a decorative element were in use as far back as classical Greece. The influence of the Greeks extended well into medieval Britain, where Greek themed images such as griffins or centaurs are often seen. Gargoyles became extremely common in English church architecture in the post-Norman period, and can be found all the way through to the Victorian Gothic Revival

What kinds of figures are used as gargoyles?

The short answer is, 'practically anything'. You'll see dragons, chimeras, human and mostly-human figures, and some strange and wonderful creatures that defy description. The most common motifs used for gargoyles are fantastic beasts or distorted, grotesque human forms. In some cases, the gargoyle was probably intended as a form of charm to ward off evil, or more simply, as a visual way to represent religious themes to the illiterate masses of church-goers during the medieval period.

Some examples of gargoyles: 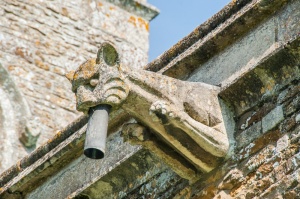 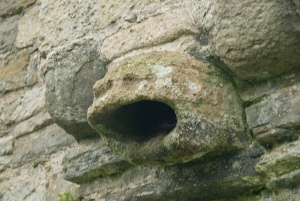 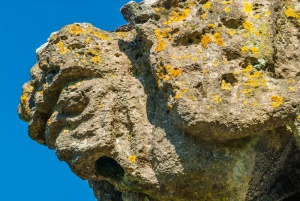 What isn't a gargoyle

The term 'gargoyle' is, in common usage' applied rather loosely to any type of carving, usually a grotesque animal or human form, found under or above the eaves of a church, or terminating the drip-cap of a window surround.

The distinction is that these latter uses were purely ornamental, that is, they served no utilitarian purpose, whereas a true gargoyle was used for the very practical purpose of water drainage. This may seem a pedantic distinction, but we may as well be accurate when we use the term!

Some examples of carved figures which are often incorrectly labelled as Gargoyles: 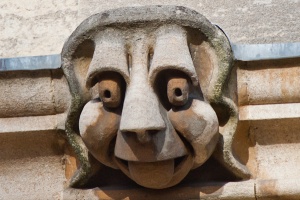 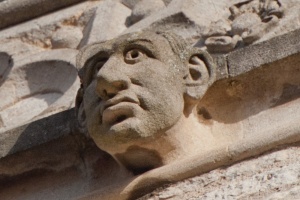 
These latter types of figures are sometimes called 'grotesques'. 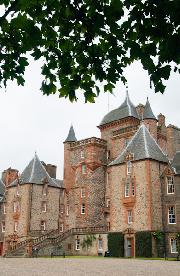 Malcolm is succeeded by his brother William 'the Lion'