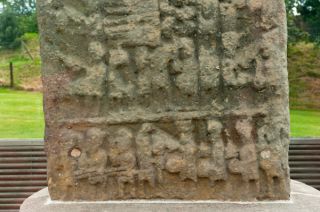 Just outside Forres stands this amazing monument, which has been called the most remarkable sculptured monument in Britain. Sueno's Stone stands 20 ft (6.1m) high and is covered with intricate carvings. The stone dates to the late 9th or 10th century and it may have been intended as a cenotaph, or memorial to military dead.

Sueno's Stone is the tallest sculptured monument in Britain. Knowing that doesn't really prepare you for your first view of the stone; it is an incredible sight, though rather incongruously set within a tall glass case.

Though the case certainly helps preserve the stone from the effects of weathering, it does rather make it more difficult to see the carving details. That said, however, Sueno's Stone is incredibly impressive; the detail of the carving is marvellous. It is no wonder that Historic Scotland calls it 'one of the most richly carved examples of Pictish art in Scotland.'

The main face of the stone is carved with a ring-headed cross, surrounded by interlaced designs. Beneath the cross is a scene with two figures leaning over a third figure, while a pair of attendants hovers in the background.

The sides of the stone are decorated with interlace designs with foliage and small human heads. The reverse of the stone has a battle scene, arranged to tell a story from top to bottom. In the final scene, the victorious army beheads their defeated foes.

Who was Sueno? The answer, it seems, is an 11th-century Danish king, but it also seems clear that the association with Sueno was made long after the stone was carved.

What does it Mean?

The carvings can be stylistically dated to the 9th or 10th centuries. This dating suggests three possibilities. The first possibility is that the stone commemorates the victory of Kenneth Mac Alpin's Scots over the Picts.

Whatever the meaning of the stone, it is a remarkable work of art, and well deserves its reputation as one of Pictish Scotland's greatest treasures. 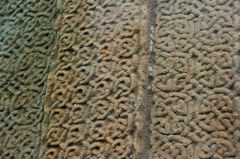 More self catering near Sueno's Stone >> 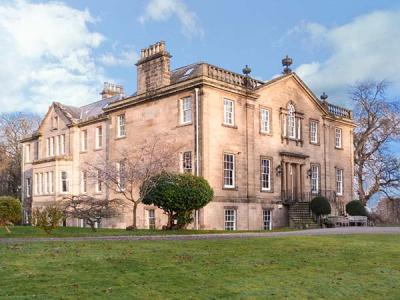 This two storey, detached property rests within the small hamlet of Newton of Dalvey, Scotland and sleeps up to eight persons in four bedrooms.
Sleeps 8