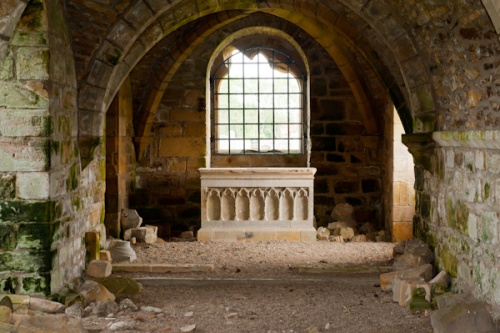 Kinloss was founded around 1150 by Cistercian monks from Melrose Abbey, under the patronage of King David I. There were initially 12 monks under an abbot, but Kinloss grew in status and wealth, as David I gave grants of lands to the abbey, and subsequent monarchs followed suit until Kinloss became one of the wealthiest landowners in the region. This wealth enabled the abbots to replace the original timber buildings in stone.

The abbey was destroyed by fire in the mid 13th century and rebuilt in Gothic style around 1269. The monastic buildings followed a standardized layout, in common with other Cistercian houses like Rievaulx and Fountains Abbey in Yorkshire.

After the abbey was dissolved in the Reformation the estates at Kinloss were granted to Edward Bruce. In 1643 Kinloss was sold to Alexander Brodie of Lethan. Brodie made a quick profit from the sale, for in 1650 he sold stones from Kinloss to Cromwell's army, who used them to build Inverness Citadel.

It seems somehow poignant that stones initially used to build a peaceful monastery were then used to build a military fort, but such are the twists and turns of Scottish history!

This is one of the strangest monastic sites I've ever visited. Strange because of the way it has been absorbed into the fabric of the later cemetery, so that you have monuments to the inhabitants of Kinloss down the centuries ranged here and there amid the monastic foundations. It's an intriguing mix, to say the least.

Perhaps because of that, it is difficult to get a real sense of the layout of the monastic buildings. There are several information signs in the cemetery, which do help. The main surviving part of the abbey is the south transept and sacristy of the abbey church. Unfortunately, the interior of the sacristy is barred to entry, though you can peer into the interior, where a stone altar has been preserved.

The only other substantial remain actually lies outside the cemetery, in a fenced area with no entry to visitors. This is the Abbot's Hall, where the abbot resided and where he welcomed important visitors. And no doubt some of those visitors were important indeed, as the Abbot of Kinloss was a mitred lord, with a seat in Parliament. He also acted as an Emissary and ambassador to the king on occasion. In other words, this was a man of great importance in the kingdom!

The only other major section of the abbey remaining are on the outer range of the cloisters, where you can see foundation walls of the cellars, used for storage. 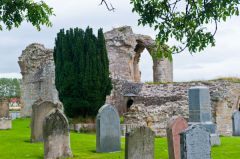 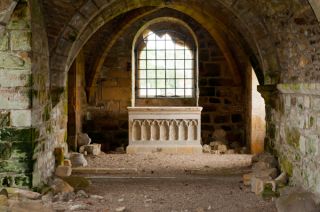 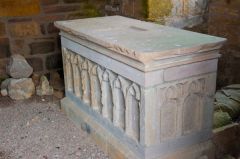 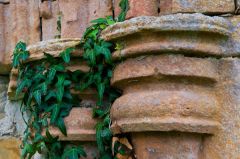 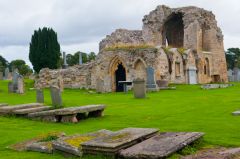 About Kinloss Abbey
Address: B9089, Kinloss, Moray, Scotland, IV36 3TL
Attraction Type: Abbey
Location: In the cemetery, off the B9089, at the south eastern edge of Kinloss. From the A96 follow signs for RAF Kinloss.
Website: Kinloss Abbey
Location map
OS: NJ063614
Photo Credit: David Ross and Britain Express

More self catering near Kinloss Abbey >> 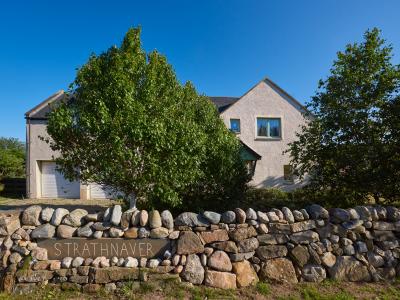 This detached cottage is located in the village of Kinross and can sleep eight people in four bedrooms.
Sleeps 8