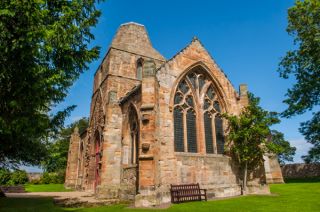 Seton Collegiate church has its roots in the 12th century when it served as the parish church for the local village. In 1434 Lady Catherine Seton built a side-chapel to house the tomb of her late husband, Lord John Seton. Aside from Lord Seton's tomb, the chapel contained a private altar.
Founding the College
Then in 1470 George, the 1st Lord Seton, established a college of priests, dedicated to St Mary and the Holy Cross, but he did so without first gaining papal approval. At the same time, Lord Seton began building a new choir and sacristy, a space where his priests could prepare for mass. The new college was composed of 6 priests under a provost, with a clerk and 2 choir boys. Living quarters for the college were erected to the north west of the church, but only foundation walls of this domestic range now survive.

What is a Collegiate Church?
Collegiate churches were served by a college of priests In this context 'college' has nothing particularly academic about it; it simply refers to a community of priests charged with saying prayers for the souls of a patron and his family. Many wealthy landowners established a collegiate church as a form of spiritual insurance policy, building a church and providing money to maintain a number of priests, whose job was to hold regular services in the church where they prayed for the patron and any other specified members of his family, ancestors and descendants.

Collegiate churches tend to be single-celled, with stalls facing each other across a chancel. Since there were generally no parishioners to serve, there was no need to provide a nave or pews. 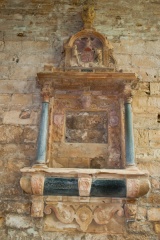 15th-century wall monument
In 1492 Lord Seton's son finally received papal approval for the college, and finished his father's ambitious project. The 2nd Lord Seton died at the Battle of Flodden in 1513, and then during the turmoil of the Wars of the Rough Wooing in the 1540s, the church was heavily damaged by English soldiers, who ransacked the church for valuables and burned what was left. Lady Janet Seton, the widow of the 3rd Lord, tore down the earlier side-chapel and built the current steeple and transepts.

The college was disbanded at the Reformation, and the collegiate church converted to serve briefly as the parish church once again. In 1603 James VI stopped at Seton to attend the funeral of the 6th Lord Seton, who was a close friend. During the First Jacobite Rebellion of 1715, the Setons supported the Stuart cause. Opponents broke into the kirk and ransacked the family tombs. The shell of the church was used as a carpenter's shop, then later in the 18th century, the Seton estate passed to the Earl of Wemyss, who restored the ruins of the kirk and used it as a burial place for his own family.

Today what we see is a glorious ruin, but even now it gives a glimpse at what must have originally been an extraordinarily beautiful church. What remains is a truncated cross shape, with the top missing and a small rectangular sacristy opening of the base of the central shaft. The east end of the chancel features wonderful Gothic detail, with a lovely vaulted ceiling and ornate window tracery. Into one wall is built a canopied statue niche. In the south transept is the tomb of James, 1st Earl of Perth (d. 1611) with an epitaph verse penned by William Drummond of Hawthormden. Also in the transept is a Dutch bell dated to 1577.

There are wonderful family tombs throughout the church, including the 15th-century effigies of an unknown knight and lady in the choir. There is also a fascinating display of carved armorial panels brought here from Seton Palace, the late 16th century home of the family. The Palace was replaced in 1790 by the present house that can be glimpsed through the trees. The armorial panels are decorated with arms of the Setons and families they were linked to through marriage.

The church is simply stunning inside, though it has obviously suffered from the passage of time, the quality of the medieval architecture and the family tombs are simply marvellous. 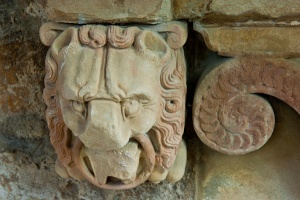 Carved lion on a Seton memorial 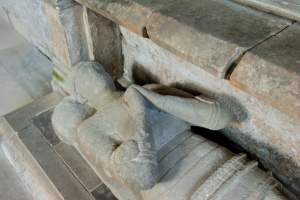 15th-century effigy of a knight 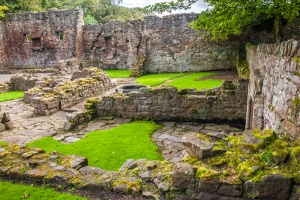 Domestic range for the college of priests 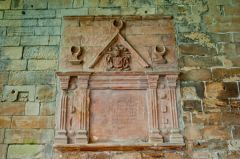 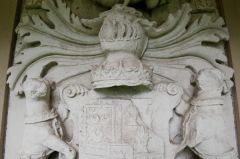 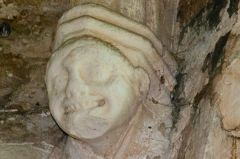