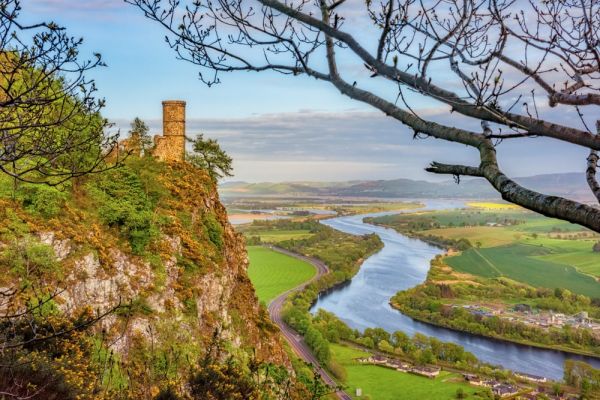 Kinnoull Hill Tower is a castellated folly dramatically sited on the extreme edge of a high hill overlooking the River Tay. Built in the early 19th century, it consists of a round tower set between walls, battlements and arches. The surrounding land is a country park with nature trails through the woods.

The Tower stands in a forested landscape park, with trails leading through mature beech and pine woodland. There is also an arboretum, and wonderful views over the Tay valley.

The dramatic cliffs on the south side of Kinnoull Hill reminded the 9th Earl of Kinnoull of the lofty crags along the Rhine Valley in Germany, and the fairy tale castles that dot the rocky outcrops there. He felt that Perth needed its own version of those Rhine castles, so he erected fantasy towers atop Binn Hill, and here at Kinnoull Hill. In addition to the Tower, with its castellated battlements, the Earl built a large stone table for use as a picnic area.

Some sources attribute the Tower to Lord Grey of Kirfauns or to the 11th Earl of Kinnoull. 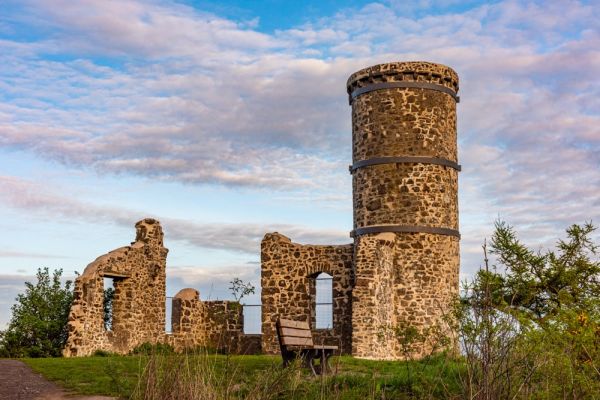 Kinnoull Hill was given to the city of Perth in 1924 and was part of Scotland's very first woodland park in 1991. Kinnoull Hill is linked to nearby Dechney Hill by Coronation Road, a route taken by monarchs travelling between Falkland Palace and Scone Palace.

The Tower is managed by the Perth and Kinross Council, while the Forestry Commission Scotland looks after the woodland. The Council has a leaflet detailing walks around the Hill, which can be downloaded from their website at http://www.pkc.gov.uk/paths. 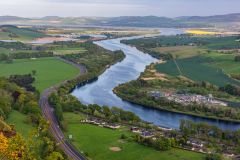 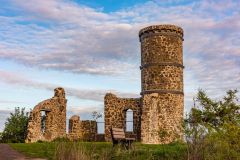 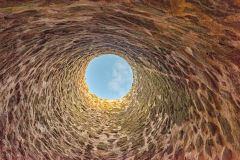 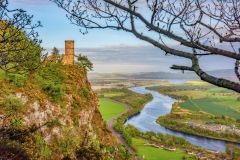 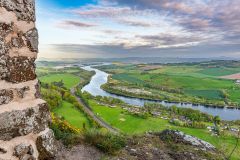 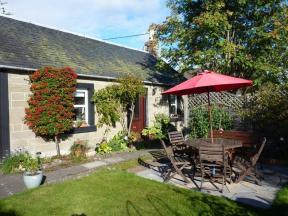 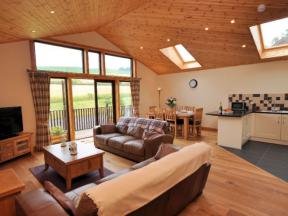