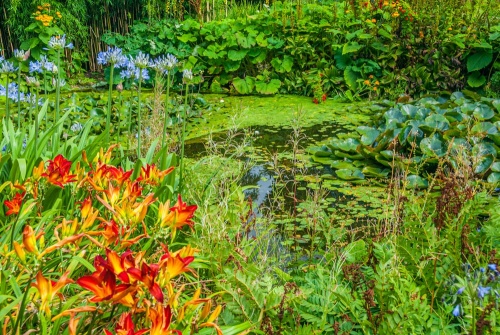 Logan Garden has been called 'Scotland's most exotic garden', a lush Southern Hemisphere garden on the Rinns of Galloway, in a location warmed by the Gulf Stream, creating a perfect micro-climate for exotic and tropical plants to flourish. Logan is a horticulturalist's delight; a garden where tender and unusual varieties of plants provide colourful displays throughout the seasons.

Most of the plant varieties at Logan are native to the Southern Hemisphere. At the core of the site is a walled garden containing varieties as diverse as cabbage palms, tree ferns, gunnera and eucalyptus.

The walls surrounding the garden are up to 15 feet high, further enhancing the naturally protected environment that helps these exotic plants to thrive. This really is a fascinating garden, with several water features that help bring out the colour and scent. A wonderful place to spend an afternoon. 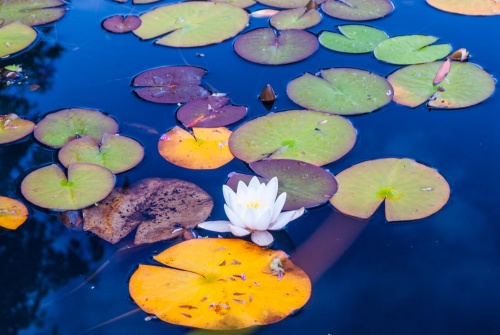 Lilies on a quiet garden pond

The garden was originally part of the Logan Estate, but in 1969 it became a regional offshoot of the Royal Botanic Garden, Edinburgh. Neighbouring the botanic garden and originally part of the same estate is Logan House Garden; informal gardens and woodland walks surrounding historic Logan House. Note that Logan House Garden and the botanic gardens are completely separate attractions and, as of this writing, there is no joint ticket. 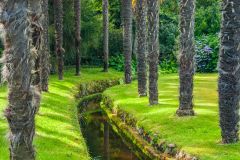 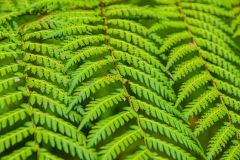 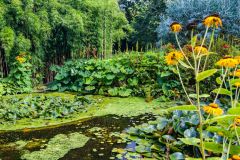 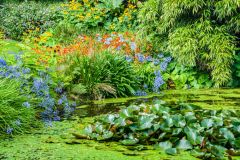 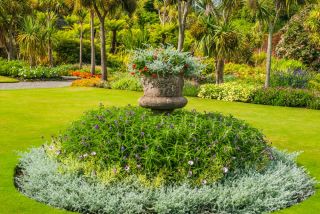 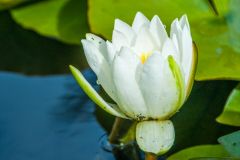 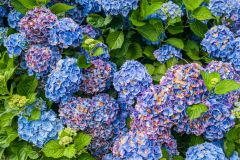 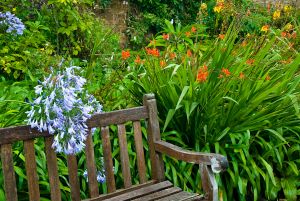 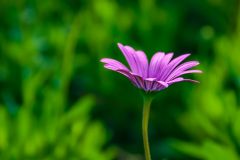