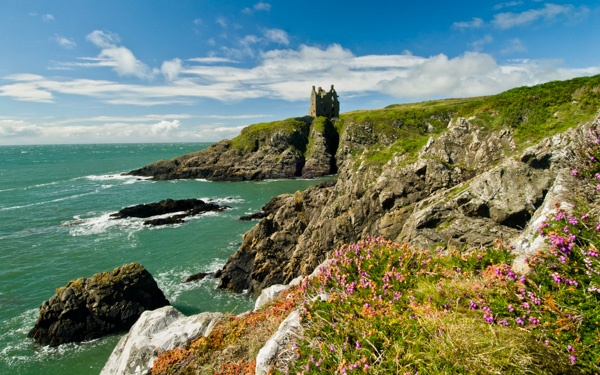 Dunskey Castle is a ruined 16th-century L-plan tower house on the site of a 14th-century castle. The castle stands in a marvellous position on the head of a rocky promontory about a mile south of Portpatrick. It was probably built by the Adair family, who also built St John's Castle in Stranraer.

We do not know when the first castle was built at Dunskey, but the site seems to have been used at least since the Iron Age. The current castle was built after the medieval fortified house on the site burned down in the early 16th century following a local battle. The new castle did not have a long life, being described as ruinous as early as 1684.

The tower stands on a sharp headland partially protected on the mainland side by a natural ditch that has been augmented by further digging. The castle walls are built right at the edge o the headland, with steep cliffs falling on all seaward sides.

The castle stands three storeys, and measures approximately 30' x 14m. On the west side are remnants of what has been called a 'watch tower', overlooking the sea. There is a stair tower in the angle of the L.

For safety reasons, the interior of the castle is not accessible. That's a bit disappointing, but to be honest, the superb location more than makes up for that. The signed walk along the cliffs from Portpatrick harbour is marvellous. 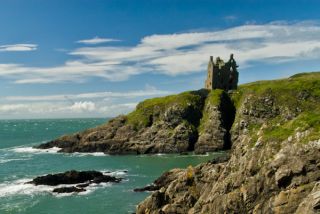 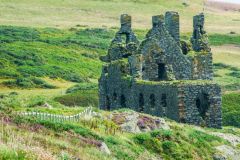 More self catering near Dunskey Castle >>