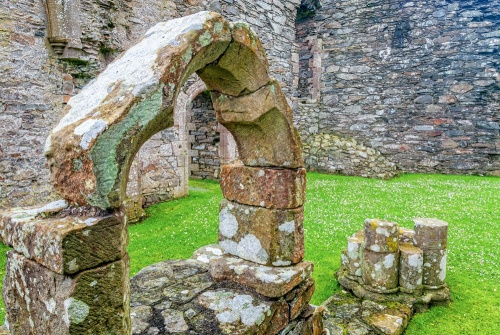 Glenluce Abbey is a wonderfully scenic Cistercian monastery dating to the late 12th century. The abbey was founded sometime between 1190 and 1192, by monks from either Melrose or Dundrennan.

The abbey patron was probably Roland, the Lord of Galloway. The abbey was no stranger to royalty, being visited at various times by Robert the Bruce, James IV, and Mary, Queen of Scots.

We know very little about the history of Glenluce Abbey, for no original register has survived. We do know that the monastic way of life came to an end in 1560 when the Reformation forced monastic houses to disband. The 15 resident monks at Glenluce were allowed to live on in the abbey ruins after they wisely agreed to accept the new Protestant religion. The last abbot and 5 monks were still there in 1572, but sometime after that the last monk left. 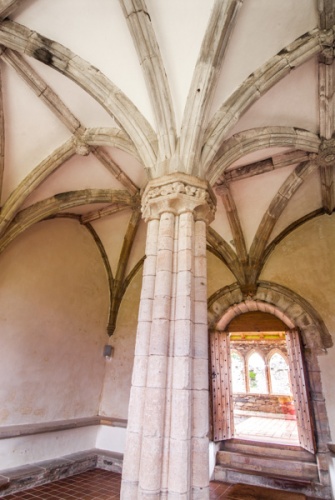 Much of the abbey was reduced to foundation level after the Reformation, but the wonderful 15th-century chapter house is almost complete and boasts its original floor tiles and some lovely vaulting decorated with carved bosses.

One feature that has survived very well is the monastic water supply, made with clay and lead pipes, and built with inspection chambers, which are now open, exposing the original medieval plumbing.

The south transept of the church and part of the presbytery still survive, but most of the domestic buildings ranged around the cloister have been reduced to little more than foundations. 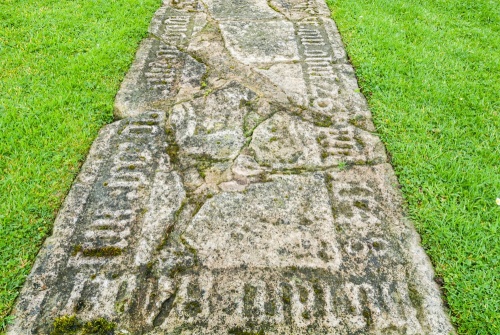 There are several very well-preserved grave slabs in the abbey ruins. In the north transept of the church is a slab inscribed to Robert Gordon of Lochinvar (d. 1548). In the abbey museum is a fragment of an 11th-century slab carved with the outline of a Greek cross.

The main feature of interest apart from the chapterhouse, is the wonderful setting in a green and secluded valley. It really gives you some sense of what life must have been like for the monks who lived here so long ago.

Glenluce is in the care of Historic Scotland and is usually open daily from Spring through the end of September.

More self catering near Glenluce Abbey >> 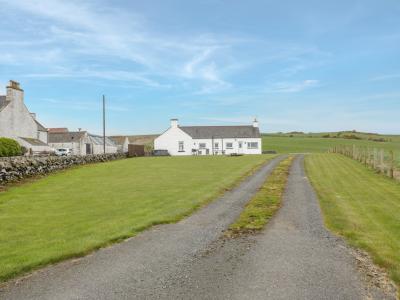 This detached cottage sits close to the Scottish village of Glenluce, it can sleep four people in two bedrooms.
Sleeps 4 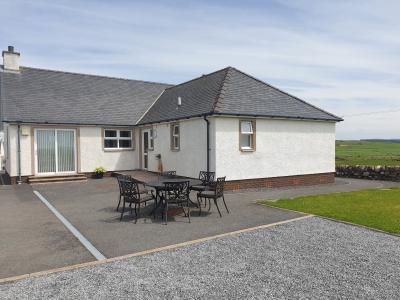 This detached bungalow rests near Glenluce, Scotland and can sleep six people in three bedrooms.
Sleeps 6