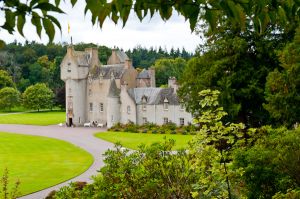 A romantic castle in the heart of the whiskey country, home of the Macpherson-Grants since 1546. Ballindalloch Castle has been called 'The Pearl of the North', and when you see the fairy tale castle in its valley setting you can begin to appreciate why! The core of Ballindalloch is a traditional tower house, greatly altered in Victorian times.
The location of the castle, on low-lying ground near the confluence of the Spey and Avon (or A'an if you prefer the Scottish version of the name), is the subject of a legend. It appears that the laird was inclined to build on a high hill overlooking the river. His unfinished house was blown down in a gale, and the laird heard a voice telling him to build in the 'coo-haugh', or cow meadow, beside the river. This he did, and Ballindalloch is the result.

The core of Ballindalloch is a z-plan tower house, so typical of late 16th-century noble houses in Grampian. The date 1546 is inscribed on a lintel over the door, though there is some debate as to whether this is correct. Ballindalloch was badly damaged by the Marquis of Montrose following the Battle Inverlochy in 1645.

The originally fortified tower house was transformed in the 1770s by Colonel James Grant, a career soldier and diplomat. Grant, who served as governor of East Florida, enlarged his ancestral home, adding a pair of wings, one set aside for the use of his French chef (Colonel Grant obviously enjoyed his dinners). 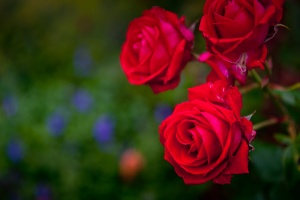 Ballindalloch Roses in the rose garden
Ballindalloch is famous as the place where Aberdeen Angus cattle were first bred, with the aid of naturalist William McCombie. You can see the cattle grazing in the fields just beyond the house.

The interiors are marvellous, with sumptuous furnishings. The chief interest here though is the wonderful collection of 17th-century Spanish paintings by masters such as Murillo. But Ballindalloch is very much a family home, with a warm, lived-in feel. The rooms are small and intimate, unlike many stately homes, and really give you a real sense of the house's long history.

A very short stroll from the front entrance to the house is a lovely hillside garden with water features, a real riot of colour in summer. A longer walk brings you to a walled rose garden, where you can see examples of the Ballindalloch Rose, developed here.

Nearby
Just inside the entrance gates of the grounds, where you purchase your ticket, is a small stone circle, set within a low stone walled enclosure. A short distance from the grounds, opposite Ballindalloch post office, is the historic Bridge of A'an, beside the modern road bridge. 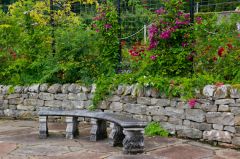 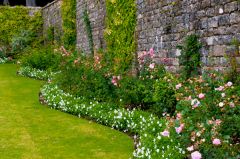 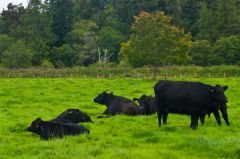 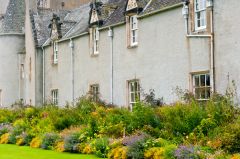 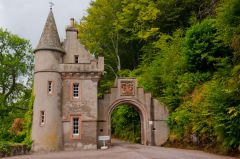 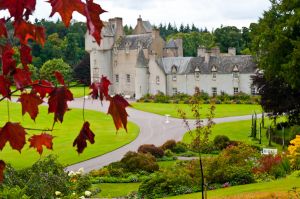 More self catering near Ballindalloch Castle >>