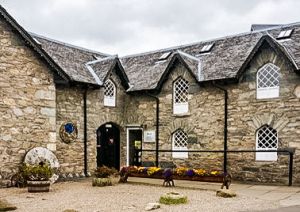 The mill is powered by a 15 foot cast iron overshot water wheel, fed by Moness Burn through a long channel called a lade, which runs for 500 yards underground. The water wheel powered a pair of 57 inch French Burr stones, each weighing an impressive 1.5 tonnes. The original grinding stones remain in place, under their wooden covers.

Though the mill no longer grinds oats, the wheel is still in working order, and now feeds power to a micro-hydroelectric installation. Most of the original mill machinery is intact. The mill building is single storey, with an attic and partial basement level. The style of architecture is known as Breadalbane Estate gothic, with chlorite-slate rubble used as the main building stone.

The first mill on this site was built around 1740 by the Earl of Breadalbane, who then sold the mill into private hands in 1771. The mill remained in operation until 1983, when it was renovated and reopened as a working heritage site. Then in 2004, it was converted again into its current guise as a combination heritage site, bookstore, and cultural venue.

The bookstore is a past winner of the UK Independent Bookshop of the Year awards (2009). 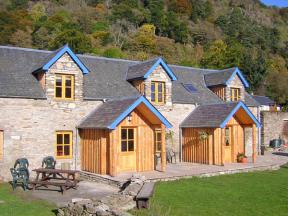 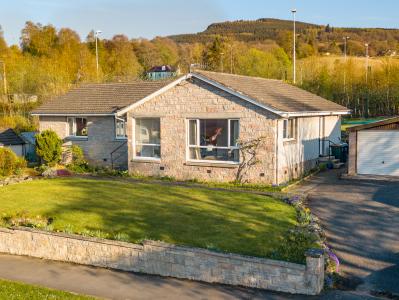 This detached bungalow rests within the market town of Aberfeldy and sleeps up to eight people, in four bedrooms.
Sleeps 8